How to install the StandardNotes client on Linux

Sick of Google Keep? Tired of Evernote? Want a more private place to store your notes and personal thoughts on Linux? Check out the StandardNotes client on Linux! It’s an excellent note-taking service for those who like to keep their notes private, and not accessible to Google, or other large tech companies.

To start the installation process for Standard Notes, open up a terminal window by pressing Ctrl + Alt + T or Ctrl + Shift + T on the keyboard. Then, follow the command-line instructions outlined below that match the Linux operating system you currently use. 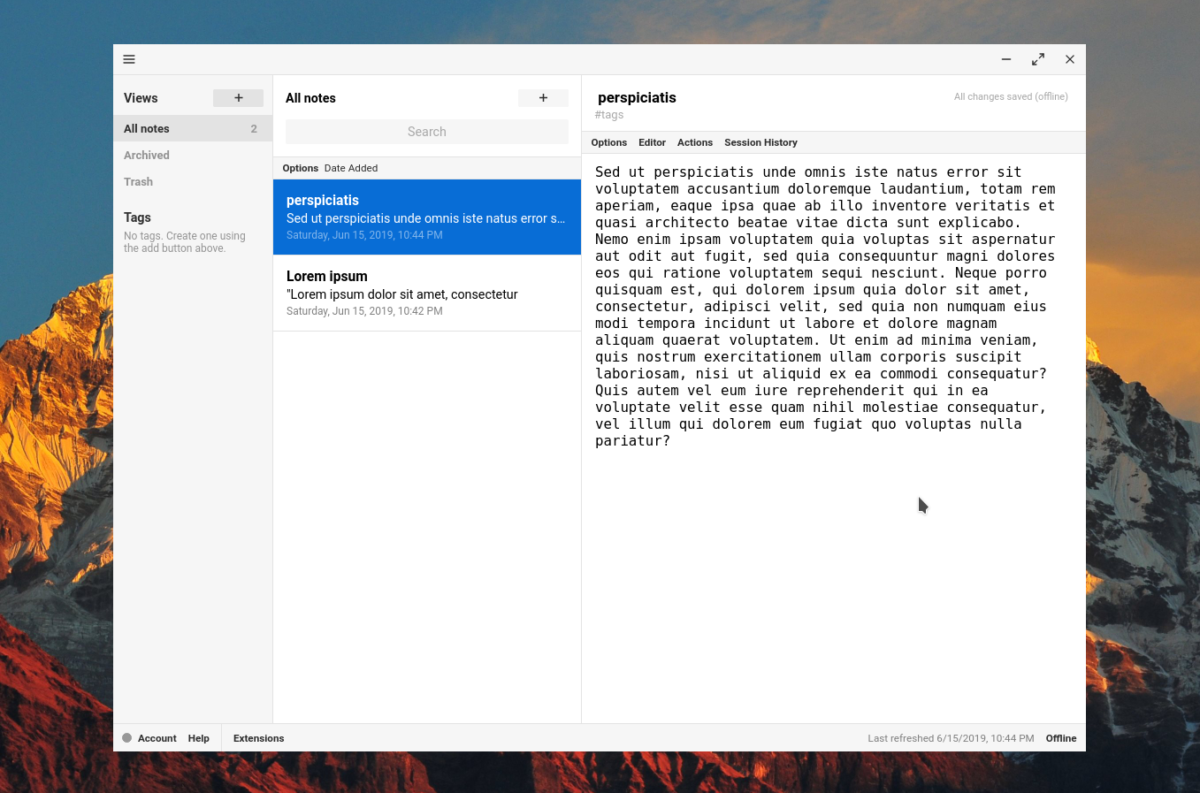 On the Arch Linux AUR, there are two Standard Notes package builds available. One points to the AppImage and sets it up nicely for Arch fans. Another takes the source code from GitHub and creates a native version of the Standard Notes Linux client, outside of the AppImage framework.

Currently, the AppImage AUR package build isn’t popular with users, and the maintainer of the build script has since abandoned it. So, in this guide, we will put our focus on the source-code version. However, the AppImage one can be found here.

The first step in installing Standard Notes from the Arch Linux AUR is to use the Pacman package manager to install the Git and Base-devel packages. These packages are important, and without them, it is impossible to manually install AUR builds, or even compile them on your system.  To start the installation, go to the terminal and enter the Pacman command below.

With the dependencies installed, your Arch Linux PC can now interact with the Arch Linux AUR. Now, grab the latest build of Standard Notes from the AUR.

Next, you’ll need to install Electron, Node-Gyp, and Yarn. Thankfully, these build-time dependencies are in the Pacman software archives, so getting them isn’t going to be difficult.

The build-time dependencies are installed via Pacman. Now, move into the Standard Notes folder and install the app on your Arch system!

AppImage is the way Standard Notes developers choose to distribute their desktop application to Linux users officially. Honestly, this is a great choice, as it allows users to download the app and get it going without any fuss — no dealing with enabling Snap or Flatpak support, or anything like that.

To get your hands on the Standard Notes AppImage file, go to the terminal window and use the wget command-line downloading tool. Or visit the official Linux page in your browser.

Create a place to store the AppImage file with mkdir.

Place the AppImage file into the folder. Then, update the permissions and run it for the first time.

After running Standard Notes from the terminal, a shortcut icon will appear in the app menu on Linux where you can launch it with ease. 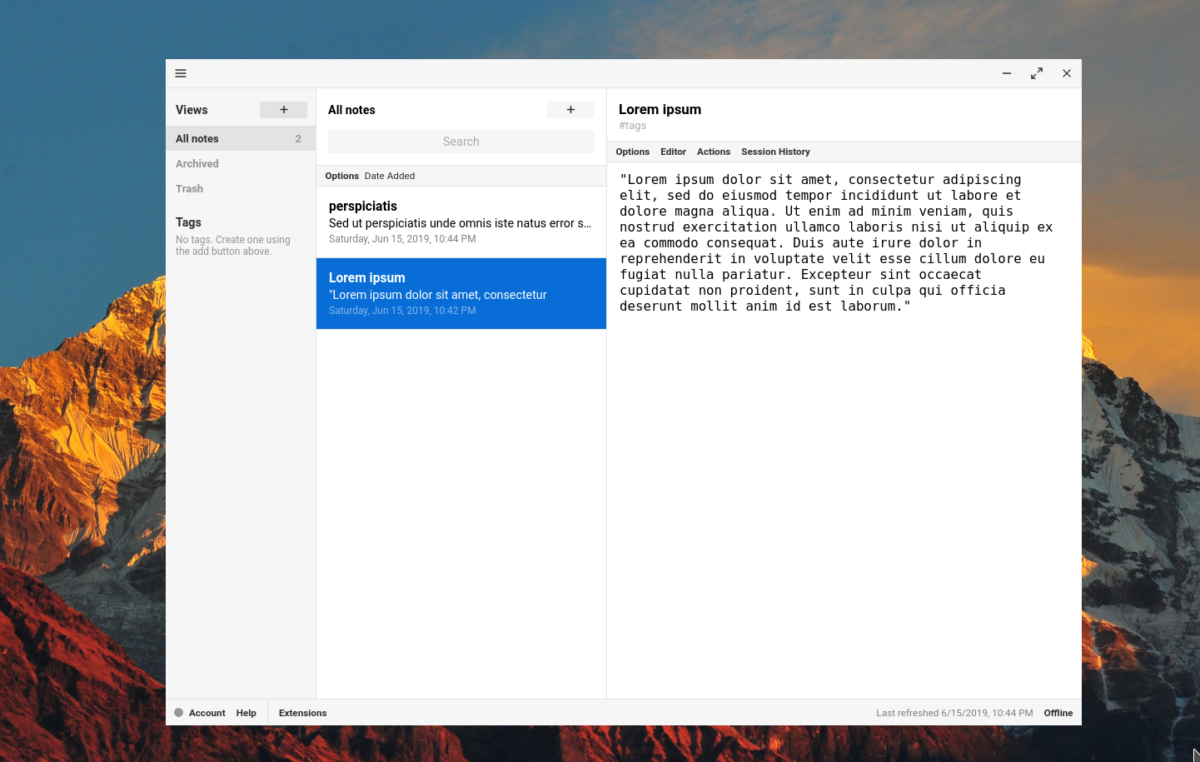 The source code for Standard Notes is available on GitHub, if you’re not a fan of AppImage, or don’t use Arch Linux. Though, be warned, building the Standard Notes application from the source code is a tedious and sometimes irritating process. Things can break, and it may not run when compiled. Try at your own risk!

To start the source-code installation, you’ll need to install NodeJS on your Linux PC. NodeJS packages differ, depending on what distribution you’re running, so it’s best to go to the official website to learn how to get it set up.

After installing NodeJS on your Linux PC, install the Git package. Git is a universal app, and all Linux OSes have it in their software sources, so it won’t be hard to find. To install it, open up a terminal window, search for “git” and install it the way you typically software.

Use the CD command to move the terminal session from your home directory (~/) to the “desktop” folder created by the Git tool.

Inside of the code folder, use the npm run setup command to start the installation process.

When the setup command finishes up, start up your new build of Standard Notes with npm run start.