How to install the VNote markdown editor on Linux

VNote is a VIM-like markdown editor for Linux. The developer designed the app around a similar design philosophy to that of the VIM text editor and its feature set is friendly to programmers and advanced users looking to write the markdown markup language. Here’s how to install it on your Linux OS of choice. 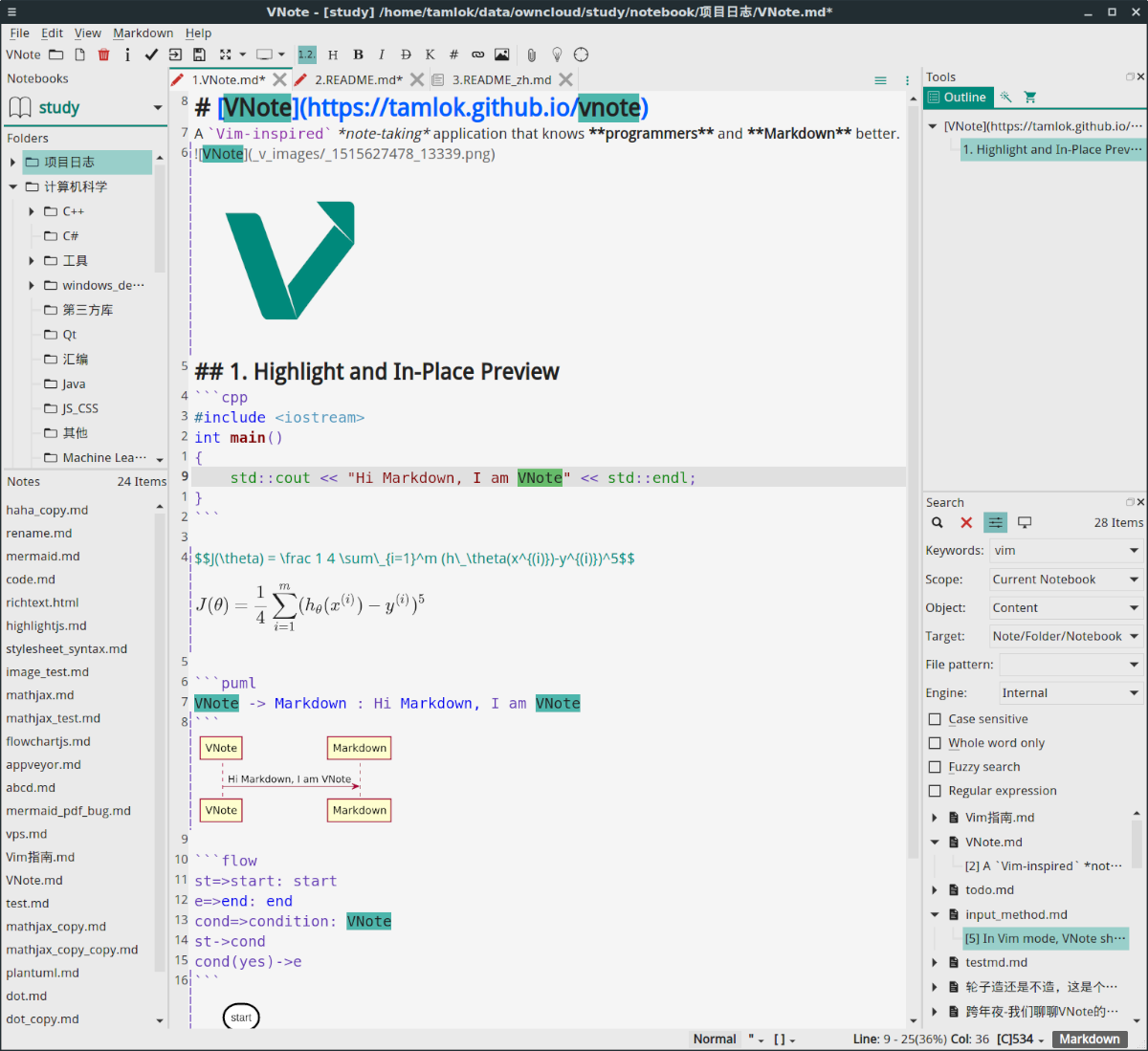 The developer of the VNote application doesn’t have a DEB package for Ubuntu Linux, and there doesn’t seem to be any plans to change that. The only existing Linux-native package is an RPM for various releases of OpenSUSE Linux. Thankfully, this RPM package is easily converted to a DEB for use on Ubuntu.

The conversion of the VNote RPM package starts by downloading the RPM file directly from the internet, via the wget command in terminal.

Note: this process should also work on Debian Linux.

With the RPM file downloaded from the internet, install the Alien package conversion tool on your Linux PC. On Ubuntu, it’s the following command.

After installing the Alien package conversion tool, use it to generate an installable DEB package from the RPM file.

The output of the Alien package conversion tool is a DEB package with the label of “vnote_2.5-1_amd64.deb”. From here, install the file to your Ubuntu Linux PC with the dpkg command.

From here, you’ll need to install the Qt5 dependency that VNote requires to run correctly on Ubuntu.

Once the “libqt5webenginewidgets5” package is set up on Ubuntu, the VNote markdown application should run flawlessly!

VNote has an Arch Linux AUR package available for installation. The package downloads and sets everything up quite nicely, which is excellent considering the developer has not provided a native Arch Linux package in the release section.

A few packages must be installed to get the VNote app to work on Arch Linux. These packages are “Base-devel” and “Git.” Without them, the AUR package will not build. Using the Pacman command, load up the packages.

After installing Git and Base-devel, download the latest VNote AUR package with the git clone command.

Move the terminal session into the “vnote” folder using the CD command.

Build and install VNote on your Arch Linux PC with the makepkg command.

Fedora Linux isn’t officially supported by the developer of VNote, which is strange, as they do have official packages available for OpenSUSE Linux, and both Linux distributions use the same packaging format.

Getting the VNote markdown editing program working on Fedora Linux is pretty simple. To start, open up a terminal window and download the latest RPM package file from the OpenSUSE 15.1 LEAP software repository with the wget command.

After downloading the RPM package file to your Fedora Linux PC, install it with the dnf install command. 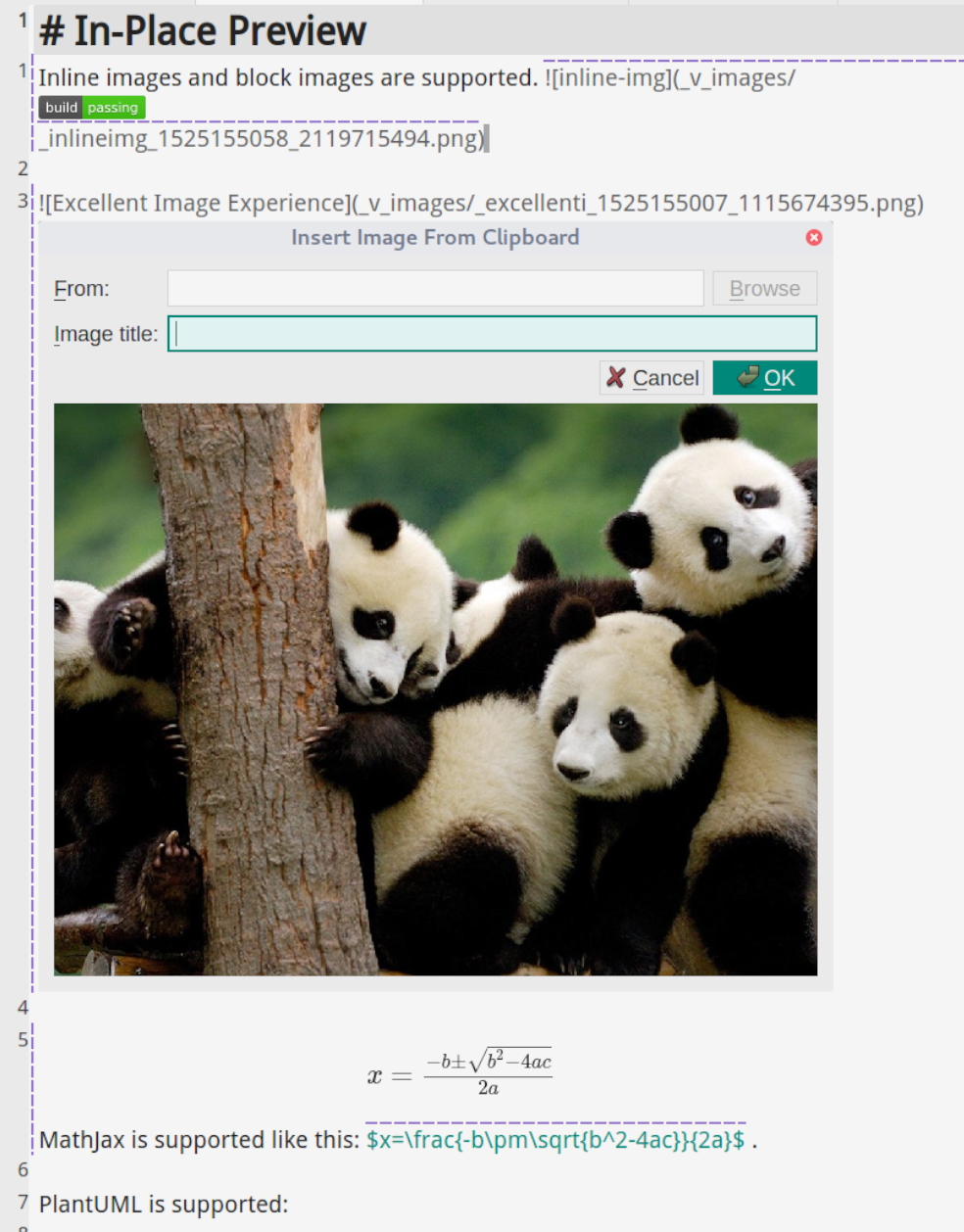 On OpenSUSE Linux, the VNote application is extremely easy to get working, as there are dedicated software repositories for all current releases of the operating system (except 42.3, because of the QT version it has).

To install the VNote software on your OpenSUSE Linux PC, follow the instructions outlined below.

To get the VNote app working on Tumbleweed, head over to the OBS page for VNote, and click the “1 Click Install” button under the “OpenSUSE Tumbleweed” section. Then, follow the on-screen instructions in YaST to get VNote.

For LEAP 15.1, go to the VNote OBS page, and scroll down till you find “OpenSUSE LEAP 15.1”. From there, click on the “1 Click Install” button next to one of the community packages to get the software set up.

If you’re using a Linux operating system that doesn’t support the RPM or DEB format, and can’t interact with the Arch Linux AUR, the only way to run the VNote application is to download the AppImage release of the program. To get your hands it, open up a terminal window and use the wget downloading tool command below.

When the VNote AppImage file is done downloading to your Linux PC, create a new folder called “AppImages” in the home directory using the mkdir command.

Once the VNote AppImage file is in the “AppImages” folder, it is time to update the permissions of VNote, so that the program can run successfully on the system.

With the permissions of VNote up to date, move the terminal session into the “AppImages” folder using the CD command.

To launch the VNote AppImage, run the following command in a terminal window.

Alternatively, to launch VNote without the terminal, launch the Linux file manager, click on “AppImages,” and double-click on the VNote app image. It is also possible to launch it by right-clicking it and selecting “run” or “execute” if your file manager supports it.