How to play Fallout: New Vegas on Linux

Fallout: New Vegas is a post-apocalyptic open-world RPG developed by Obsidian and published by Bethesda. It’s widely considered one of the best games in the Fallout series by fans.

The Fallout games (both 2D and 3D) generally work pretty well on Linux, including New Vegas. Here’s how to play Fallout: New Vegas on Linux.

Valve’s SteamPlay is quickly becoming the best way to play Windows games on Linux. The reason for this is that the technology is so automated, that users hardly have to anything to get even some of the most high-end games to work!

Fallout: New Vegas has always worked pretty well on Linux, but ever since SteamPlay has been a thing, it’s been easier than ever to get the game working on any Linux distribution.

Before dealing with Fallout: New Vegas and how to make it playable on Linux via SteamPlay, you’ll need to purchase the game. To get your copy of the game, ensure you have a Steam account and click here to go to FNV’s store page.

On the FNV store page, locate the “Add to Cart” button and click it to make your purchase. Currently, the game is 9.99 USD.

Playing Steam games on Linux requires installing the client on Linux. In this section of the guide, we’ll go over how to install the Steam client on Linux

Press Ctrl + Alt + T or Ctrl + Shift + T on the keyboard to open up a terminal. Then, follow the command-line instructions that correspond with your Linux OS.

Enable SteamPlay on your Linux PC

Playing Fallout: New Vegas via Steam on Linux requires enabling SteamPlay with games that don’t officially support SteamPlay yet. To do this, open up “Settings” in your Steam app, click “Steam Play,” and click the box next to “Enable Steam Play for supported titles.” 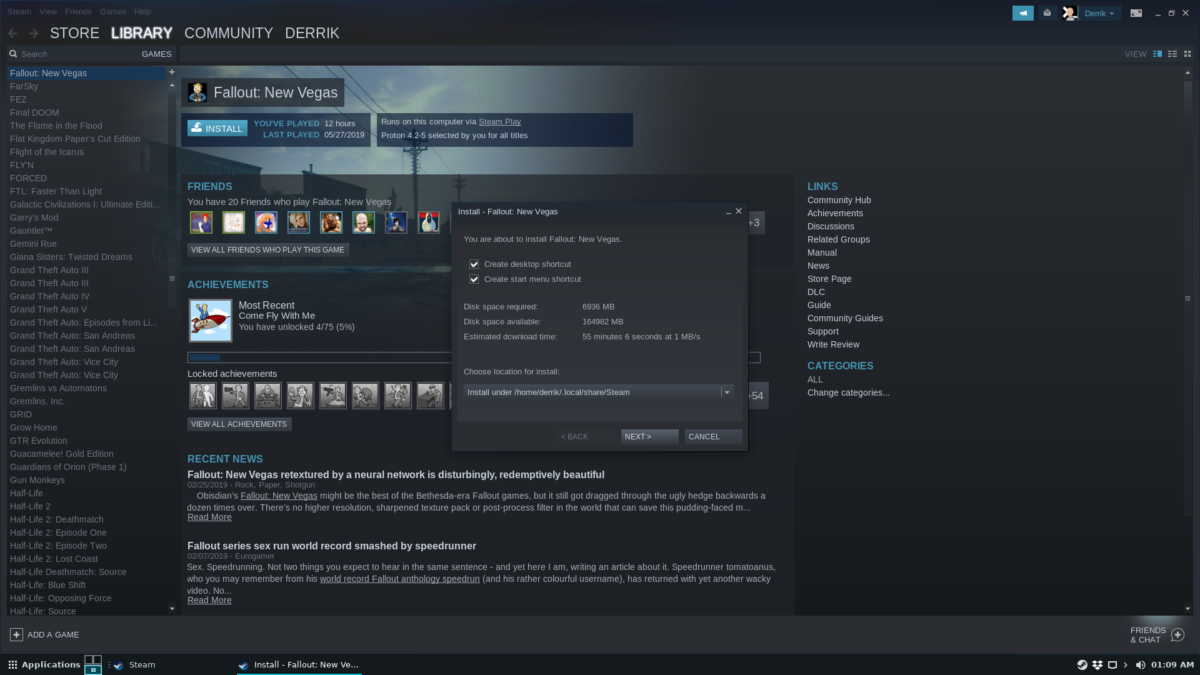 Installing FNV on Steam works like any other game in your library. To do it, launch the app as normal. Then, click “Library,” and look for “Fallout: New Vegas” in your game library. Then, click the blue “Install” button to download and install it on Linux. 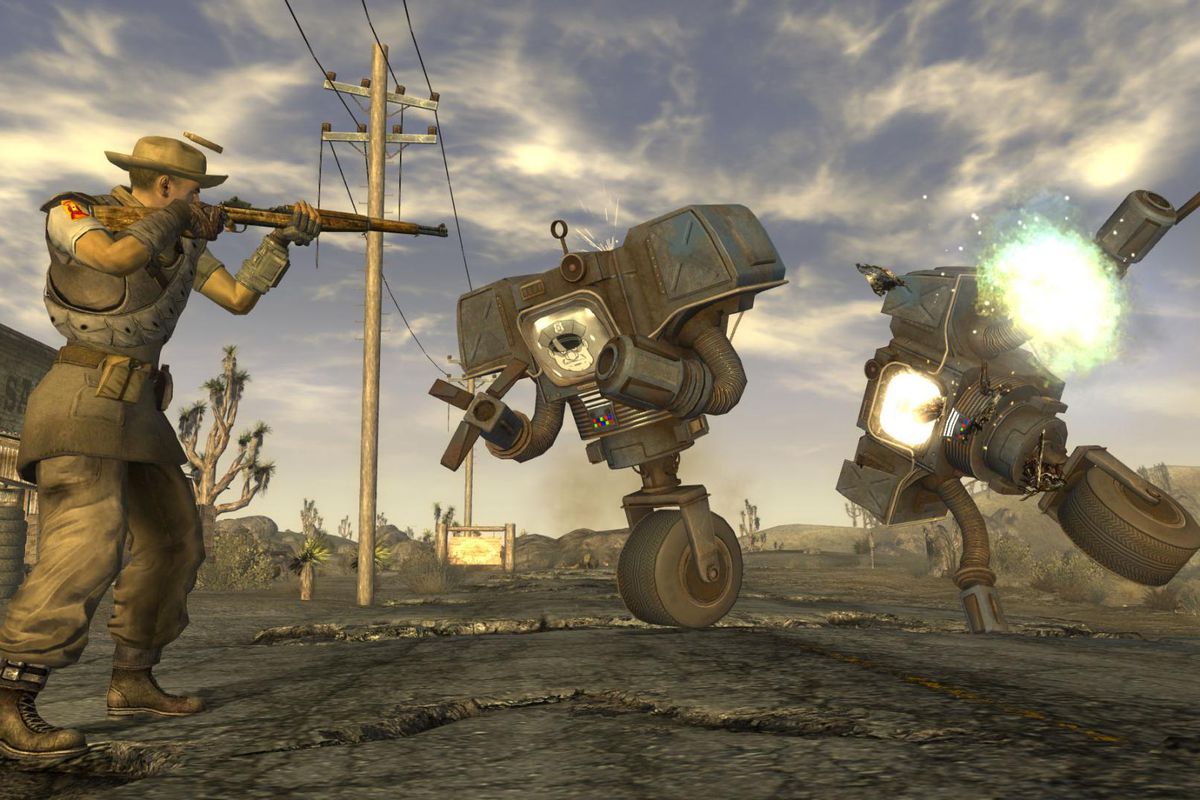 Playing Fallout: New Vegas on Steam requires very little effort. To play the game, click on “Library” and look for the game in the list of games you own. Then, click the blue “Play” button to enjoy Fallout: New Vegas!

If you’re not a fan of Valve’s Steam but still want to enjoy Fallout: New Vegas on Linux, try the GOG method. It doesn’t require any proprietary app stores like Steam, and you’ll still get the same game.

To play FNV on Linux via Wine, you’ll need to purchase the game from Good Old Games. As of now, the website has the “ultimate edition,” which comes with all downloadable content, and other cool things. If you’d like to get a copy of the game through GOG, click here to go to the game’s store page.

Once you’ve made it to the FNV store page,  click “Add to cart” to buy the game. Currently, the ultimate edition, with all the DLC is 19.99 USD.

Install the latest release of Wine

Running FNV on Linux requires the latest version of Wine. Any version of Wine should be enough to get FNV working. However, it’s probably best to install Wine version 4, as it comes with DXVK and many other optimizations that prove to make Windows gaming on Linux much better.

Installing Wine 4 is easy to do on most Linux distributions at this point, as it’s the current version on most modern Linux operating systems. However, if your Linux PC doesn’t have version 4 available, follow our guide to learn how to install version 4 of Wine on your Linux computer.

Don’t want to use Wine 4? Another good option to get Fallout: New Vegas working on Linux is to use the Wine Staging branch, as it regularly gets updates and improvements. For more information on Wine Staging, check this post.

To install FNV on Linux, open up the Linux file manager. Then, find the “Downloads” folder and click on it. Next, double-click on the Fallout EXE setup files to launch it in wine. 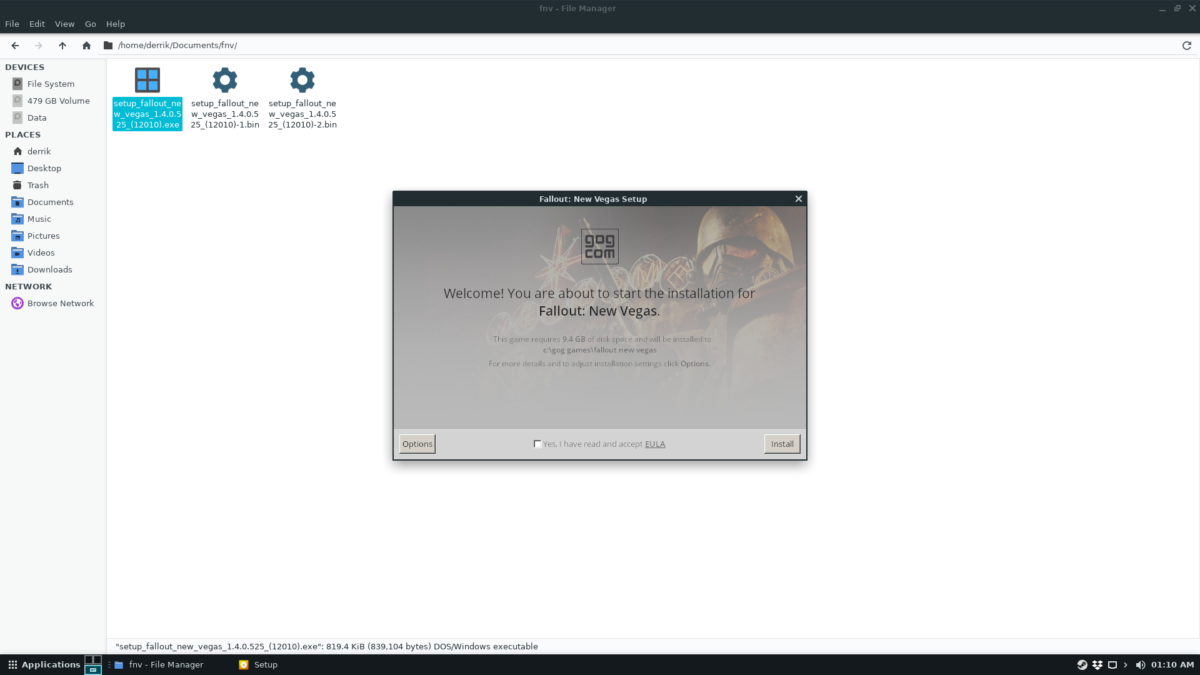 Using the GOG installer, install the game on your system. Assuming you’re running a relatively recent version of Wine, the installer should work with no issues. When it’s done, close it, and the game will be set up on your Linux PC! 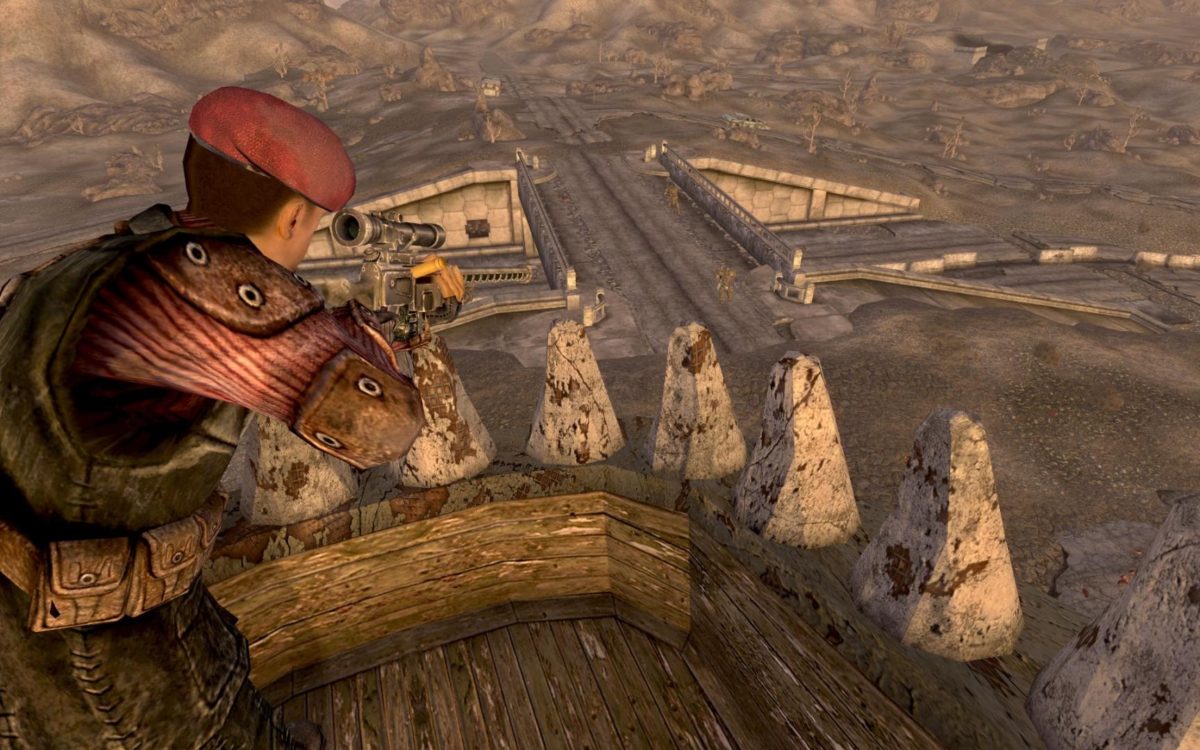 To start up FNV via Wine on your Linux PC, open up your application menu and locate the “Wine” section. In this area, you should see a Fallout icon which you can double-click on to launch the game. Or, alternatively, double-click on the FNV icon on your desktop to enjoy!