How to set up the rEFInd bootloader on Linux systems

REFInd is a UEFI bootloader. It’s much more aesthetically pleasing than the default Grub bootloader on Linux. It is highly customizable, and can be configured to boot just about any operating system alongside Linux with ease! Better yet, it can allow users to more easily manage multiple operating systems for dual-boot purposes. It even works well on Macs! The process of setting up he rEFInd bootloader on Linux isn’t overly complicated. It starts by simply installing the app from the terminal on your Linux system.

Note: the rEFInd bootloader only works with systems that support UEFI. BIOS mode will not work, and is not supported! 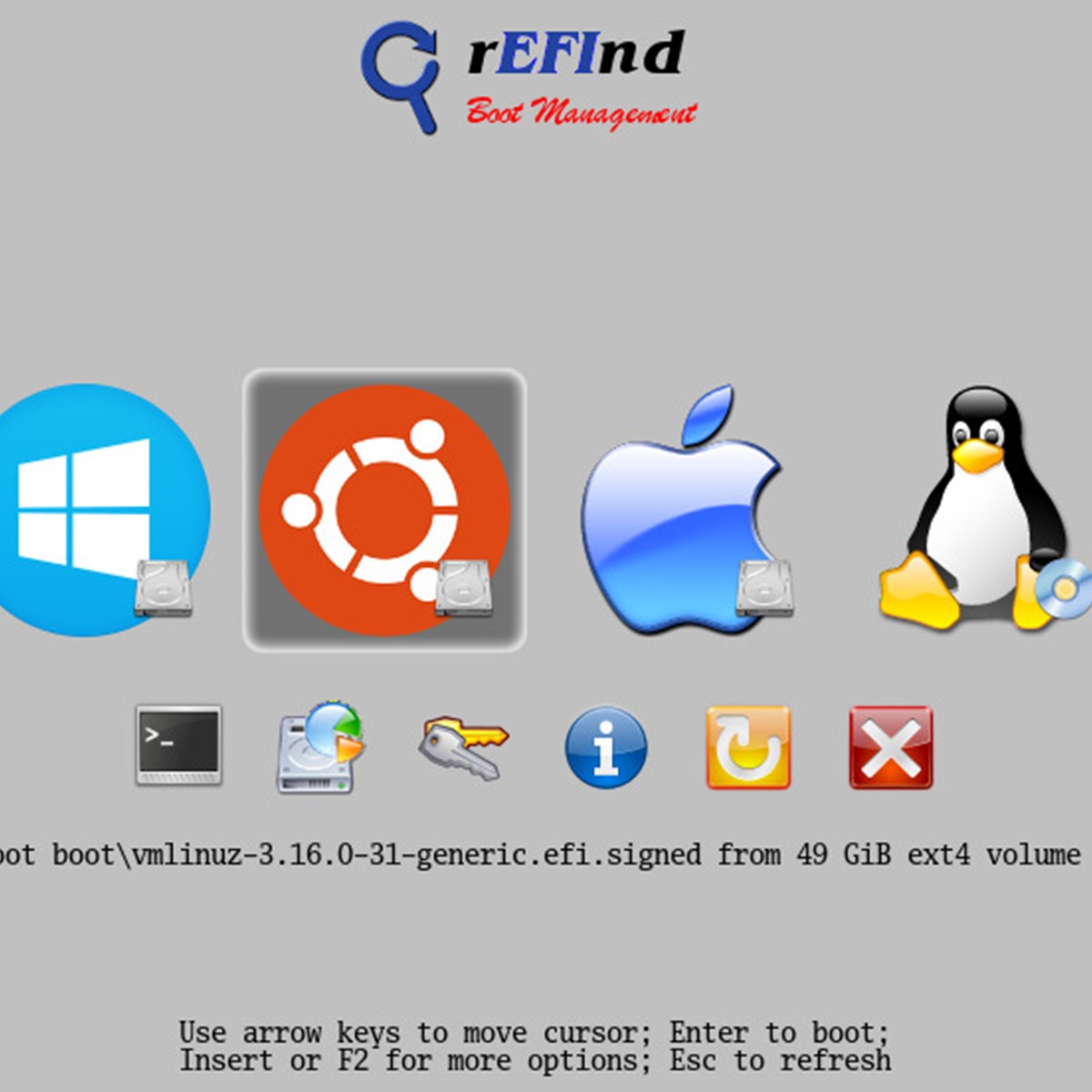 Once a terminal window is open and ready to use, use the Apt package manager to install the rEFInd bootloader package from the “Universe” software repository.

Note: if you do not have “Universe” already enabled, turn it on with sudo add-apt-repository universe  in the command line.

As you enter the installation command, your Ubuntu PC will go through the process of collecting several different dependencies required to run the bootloader on the system. Be patient as it installs, and don’t take your attention away from the terminal window.

Following the installation of the program, a text-based graphical user interface will appear on the screen. In this screen, you’ll see a message asking you if you’d like to automatically install rEFInd to the ESP (UEFI boot partition). Allow it to install. If everything is successful, rEFInd will be ready to use on Ubuntu.

The rEFInd bootloader is available to Debian Linux users via the “Main” software package repository. However, Debian is a slow-moving Linux distribution, so we highly recommend avoiding that package in favor of the one the developer makes available on the desktop. Furthermore, the DEB package includes the “refind-install” script, which can be used to install the bootloader easily.

To get your hands on the latest DEB release of the rEFInd bootloader, you’ll need to visit the project’s SourceForge page. Click here, locate “Files,” and download the item with the label of “refind_0.11.4-1_amd64.deb”. Alternatively, open up a terminal window by pressing Ctrl + Alt + T or Ctrl + Shift + T on the keyboard, and run the wget download command to grab it directly from the internet.

When the rEFInd DEB package is done downloading to your Debian Linux system, it’s time to install the package — using the dpkg package installation command.

After loading up the package, you may run into some dependency errors. To correct this, run the apt install -f command. Or, for more help, check out our article on how to correct dependency issues on Debian.

You can then install the rEFInd bootloader on Debian in place of the Grub bootloader by running the included refind-install script. 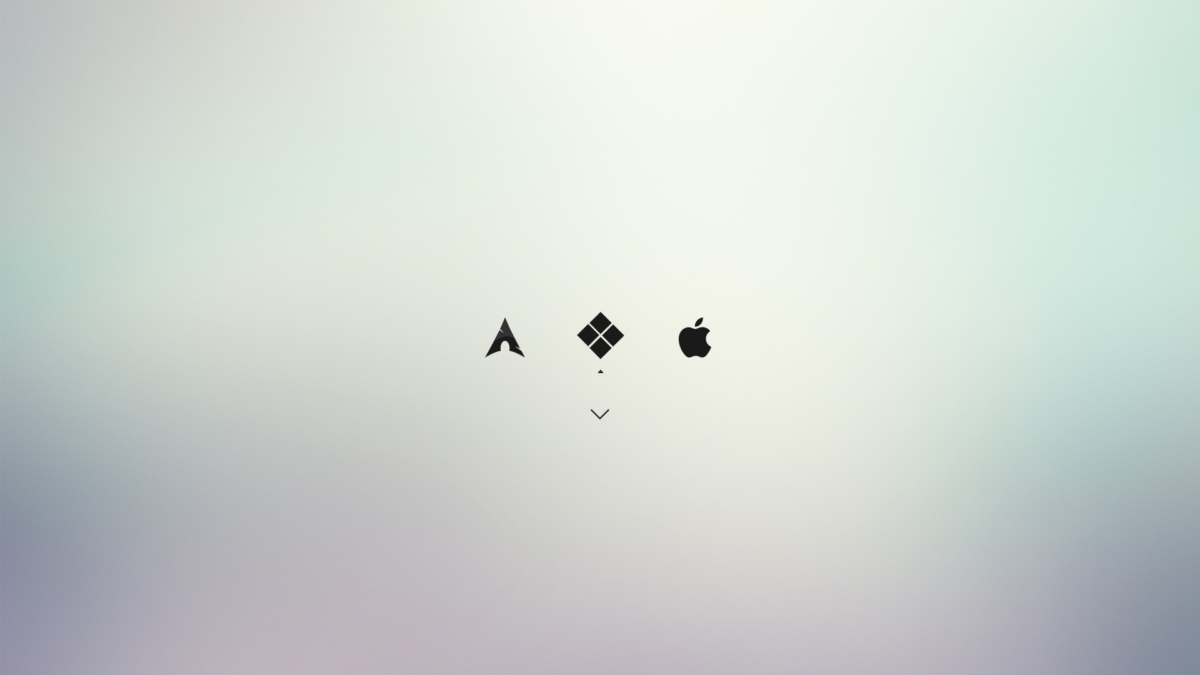 On Arch Linux, installing the rEFInd bootloader doesn’t involve downloading a package from the developer’s SourceForge page. Instead, you must install the official Arch Linux package. Open up a terminal window by pressing Ctrl + Alt + T or Ctrl + Shift + T. Then, with the terminal window open and ready to use installation can begin. Using the Pacman command, set up the rEFInd package.

Upon installing the rEFInd package on Arch Linux, the root user account needs to be logged in to. To log into root on Arch, use the su command. Or, if you have the root account locked, make a transition to it with sudo -s.

Now that the terminal session is root, the rEFInd bootloader can quickly be set up with the included refind-install script.

Running rEFInd on Arch Linux should work flawlessly, thanks to the included installation script. However, if you run into some problems setting it up, the Arch Linux Wiki has a great breakdown of how the software works. To access the Arch Wiki page on rEFInd, click here.

The rEFInd bootloader sadly isn’t carried by the Fedora Linux project. Thankfully though, the developer provides an easy to install RPM package for use on RPM-based Linux distributions, so it’s still possible to install it on Fedora systems.

To get your hands on the RPM release of rEFInd for Fedora, head over to the project’s SourceForge. Once there, download the RPM package. Or, run the following wget command to grab it directly from the internet.

Installing the rEFInd RPM package on Fedora Linux is done with the Dnf tool. Set it up on your system with the command below.

Following the installation process, the bootloader can easily be activated on Fedora Linux much like a lot of the other operating systems in this guide: with an installation script.

Much like Fedora Linux, there is no support for rEFInd in the official OpenSUSE software repositories. So, those looking to use this bootloader on OpenSUSE will need to download the RPM from the developer. To get it, click here and download “refind-0.11.4-1.x86_64.rpm”. Alternatively, run wget and download it directly from the terminal.

After the download is complete, install the rEFInd RPM package on OpenSUSE Linux using the zypper command.

Once the RPM package is installed, enable the bootloader on your OpenSUSE PC by running the included setup script.