Adobe Photoshop is by far the most frequent application that users new to Linux request the most. New Linux users complain that the Linux platform doesn’t have a way to run the application, and because of this, many find it hard to stay on Linux.

While the Adobe software company will likely never take Linux seriously as a platform, it’s worth noting that if you need Photoshop, there are some great alternatives available that can get the job done. So, here are the best Adobe Photoshop alternatives on Linux! 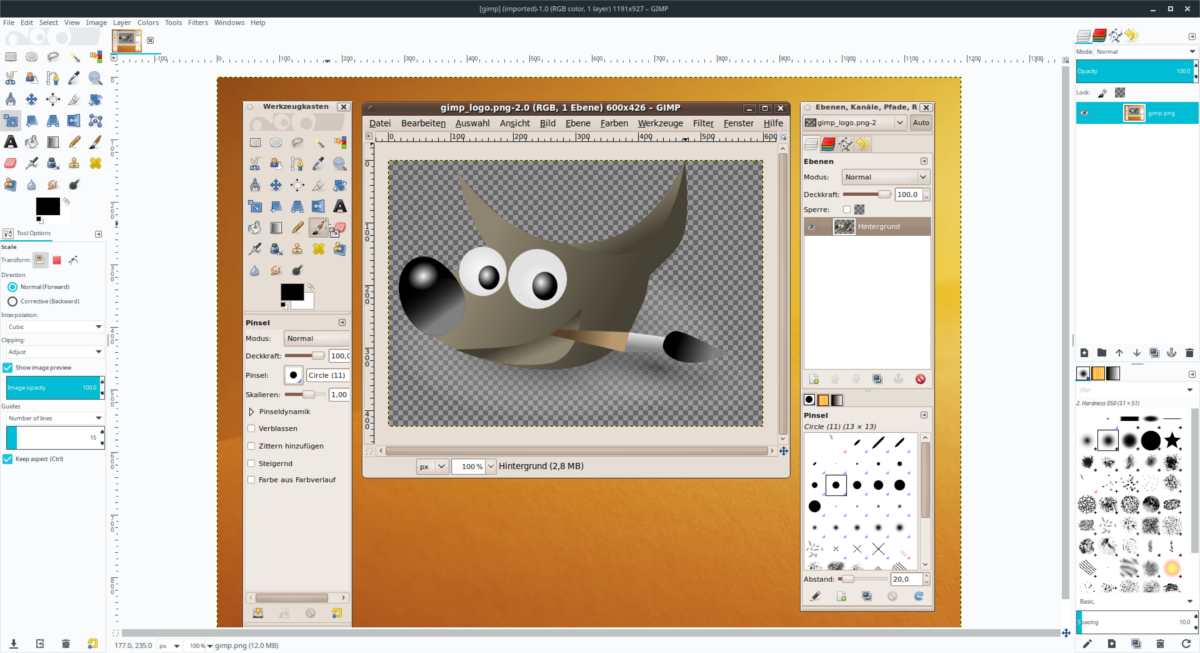 Gimp or the GNU Image Manipulation Program is a free and open source image editor, digital painting tool and the best alternative to Adobe Photoshop on the Linux platform currently.

One of Gimp’s strengths is the developers work very hard to implement new, advanced features, such as new photo filters, lighting tools, improvements to the layer system, color correction features, and a myriad of other graphical editing and painting features that put it on par with Photoshop.

To be clear, Gimp isn’t Photoshop’s open source twin. It lacks in some advanced features and professional polish that Adobe fans have come to love about Photoshop.  Still, the Gimp maintainers are continually improving the app and adding in new plugins to put it on par with Photoshop. For this reason, it’s probably the closest you’ll ever get to an Adobe photo editing experience on the Linux platform!

The Gimp image editor comes standard on a variety of Linux distributions, so the app may already be installed on your desktop. If it’s not, almost every Linux OS carries it in their software repositories.

To get Gimp working on your Linux PC, go to Pkgs.org. On there, you’ll see a list of Gimp packages for various Linux distributions available for download. 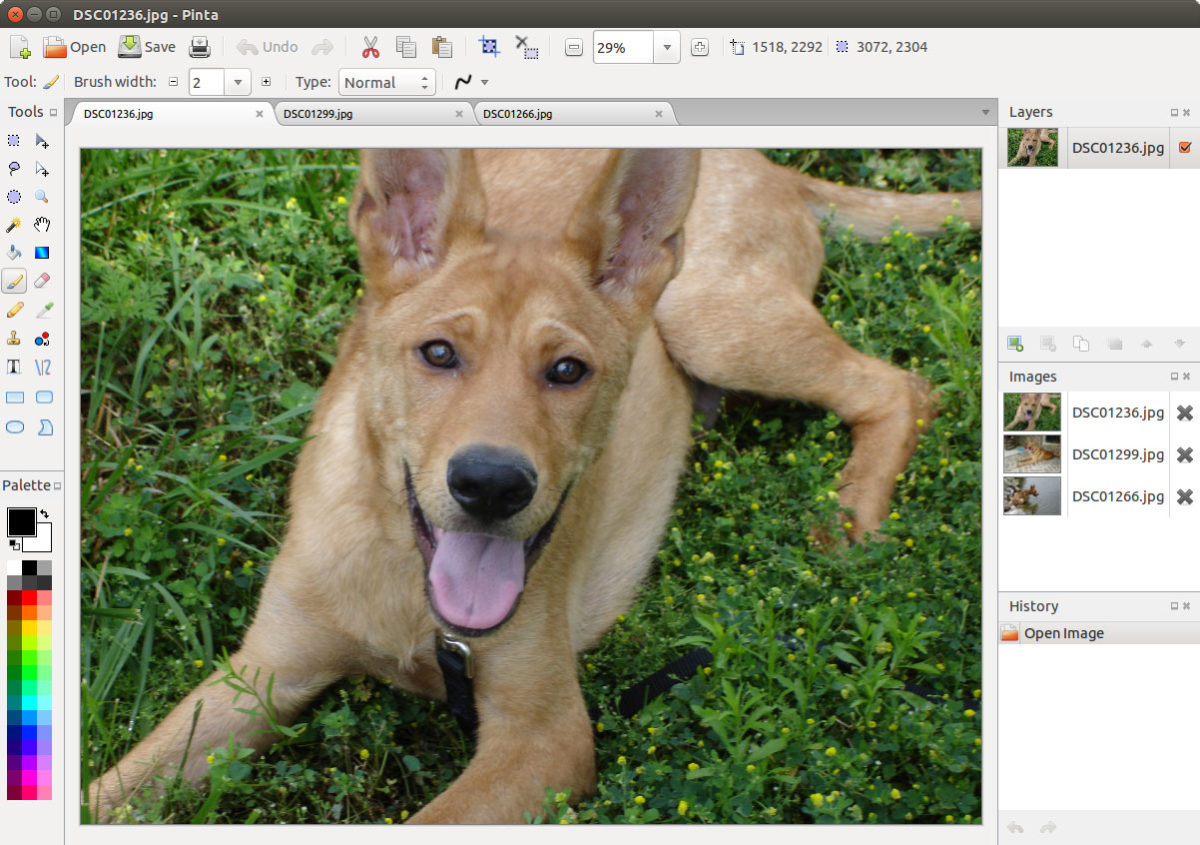 A lot of people use Adobe Photoshop for basic image editing or basic digital painting and drawing. These type of users don’t need an advanced suite like Photoshop, but they use it because it’s the most popular app out there for the task at hand.

Instead of fiddling with Photoshop and dealing with the complicated process of getting the app working on Linux, just so you can do some basic photo edits, do yourself a favor and check out Pinta instead!

What is Pinta? It’s a simple photo editor and drawing application for Linux, and other platforms. It is free to download and offers up some basic editing tools and effects for modifying image files, or for creating digital artwork.

The Pinta application is available for download at the project’s GitHub page. On the page, you’ll find instructions on how to grab the source code build and run it on your Linux distribution. You’ll also be able to find binary packages on Pinta-project.com. 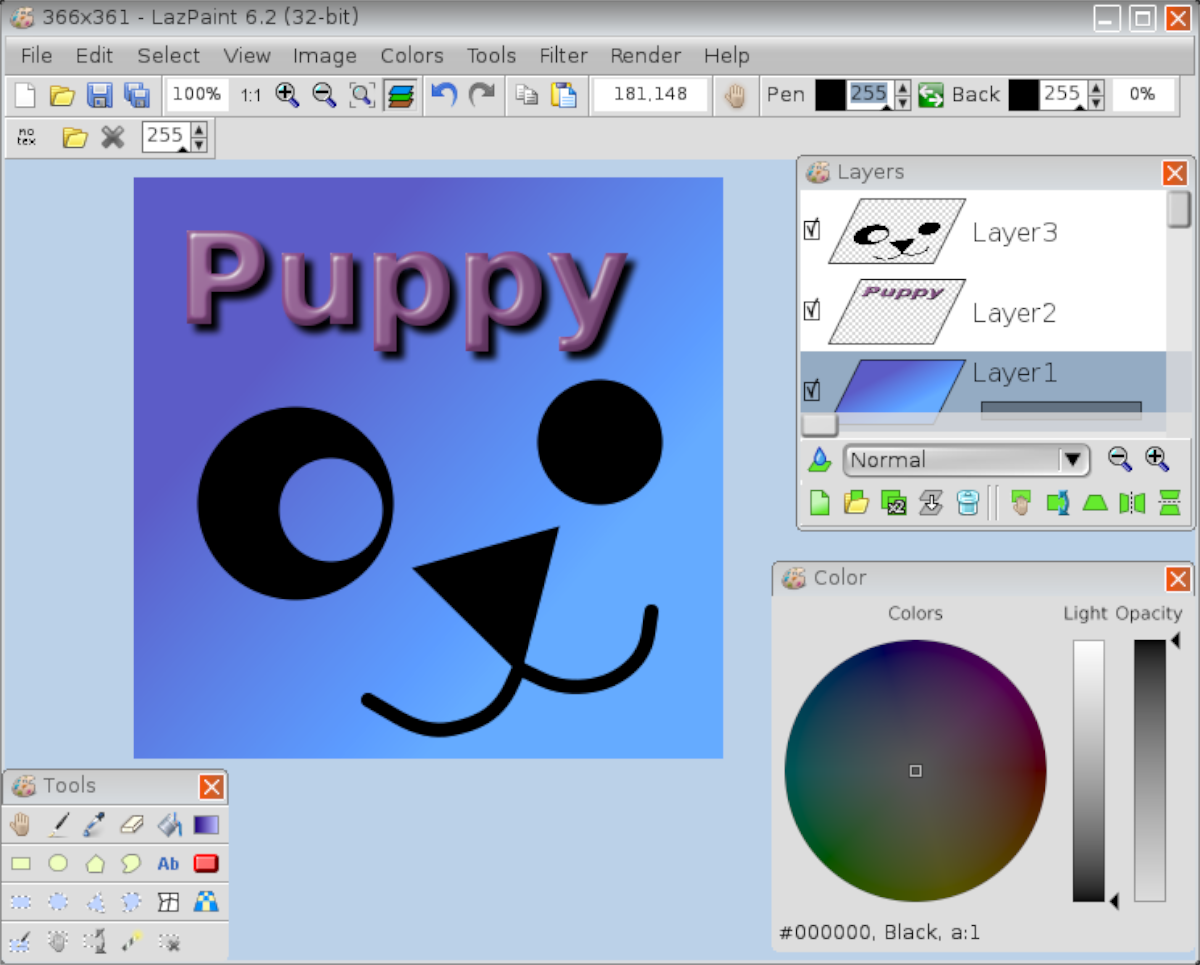 LazPaint is a free, image editor for Linux, Mac, and Windows. It’s a great tool that can be used in place of Adobe Photoshop on Linux due to similar features such as image layering, support for various drawing functions and what other features you’d come to expect from a photo editor this day and age.

With the LazPaint application, you won’t be getting a full-featured photo editing suite like Photoshop. Still, LazPaint is a somewhat advanced application and tries its best to provide users advanced features like color correction, text mapping, various image effect tools, drawing/painting tools, etc.

Want to try out LazPaint on your Linux PC? To download the application, you’ll need to head over to the project’s GitHub release page. Once there, you’ll see download links for various platforms, including Linux.

As of now, the LazPaint only supports Debian-based Linux distributions (Ubuntu, Linux Mint, Elementary, etc.). That said, it’s possible to run it on RedHat distributions with the help of the Alien package converter tool. There’s also an AUR package available for Arch Linux users here. 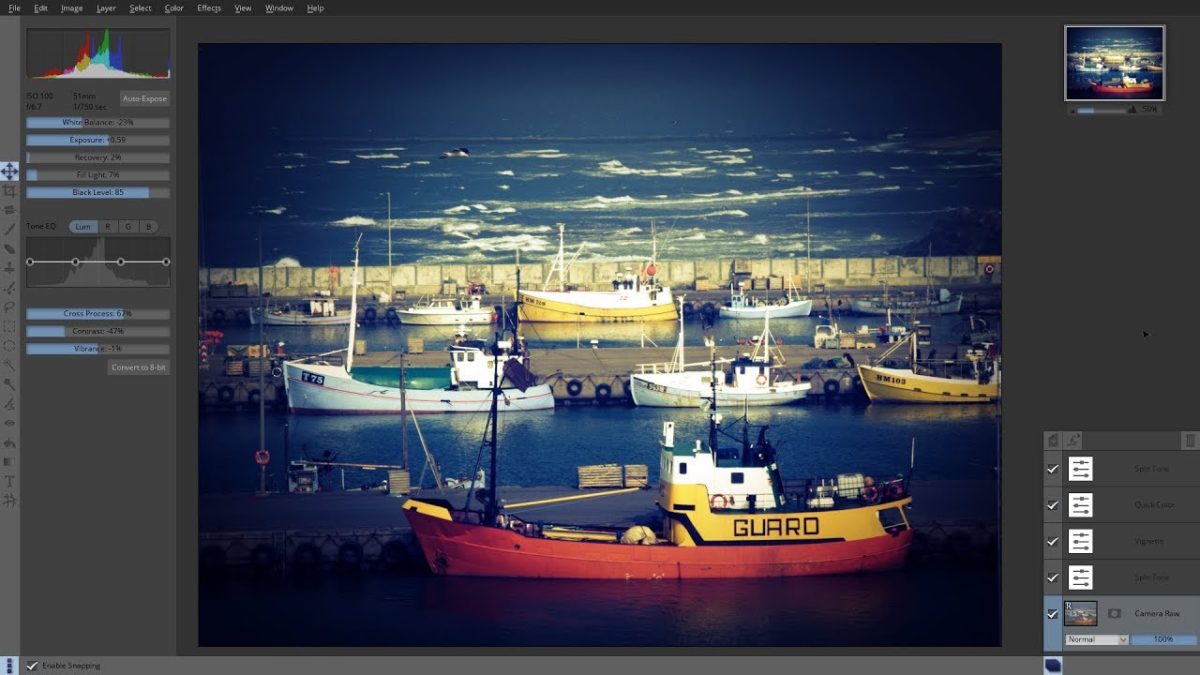 Pixeluvo is a commercially available photo editing tool for Windows and Linux. It’s an advanced application that doesn’t aim to be a carbon copy of Photoshop that mimics its features. Instead, it’s a thoughtful take on image editing that takes the difficulty out of editing.

For the most part, Pixeluvo does its job in offering up a competitive alternative to Photoshop, by showing users that editing images don’t have to be rocket science. To be clear, this app isn’t the first take on “easy image editing,” but it does an outstanding job with its simple user-interface, excellent support for a multitude of image formats and a great selection of plugins.

Pixeluvo is readily available for purchase at Pixeluvo.com. Currently, the website has downloads available for Ubuntu/Debian and Fedora Linux. The app can be downloaded freely, for trial purposes. However, you must purchase a license after 30 days to continue using it. To get your copy of the trial, click here.

Photoshop is the standard for graphic designers and photo artists. Sadly, the app may never come to the Linux platform, and that’s a real shame, especially when Linux is making huge strides lately. Still, thanks to smart alternatives such as Gimp and others, the community is slowly starting to bridge the gap!