Dark themes have finally made it to desktops but they’re still basic. You can’t schedule them without using an app or a script or some other work around, and the theme requires several clicks to change. There’s no simple way to change it but you can add a dark/light theme toggle to the menu bar and switch the themes from there. Here’s how.

There are apps that you can use to add a dark/light theme toggle to the menu bar and that is the easier way to go about it. If you don’t want an app, you can create one with the Automator though when you add it to the menu bar, you’re going to have to go through a menu to use it. It will take two clicks to get the job done. We’re going to detail both processes. Pick what suits you best.

Download and run the app called Dark Switch. It’s a simple toggle app that runs in the menu bar. It does require special system access to run but it’s a very neat solution. Click the app’s button in the menu bar and it will change the current theme. 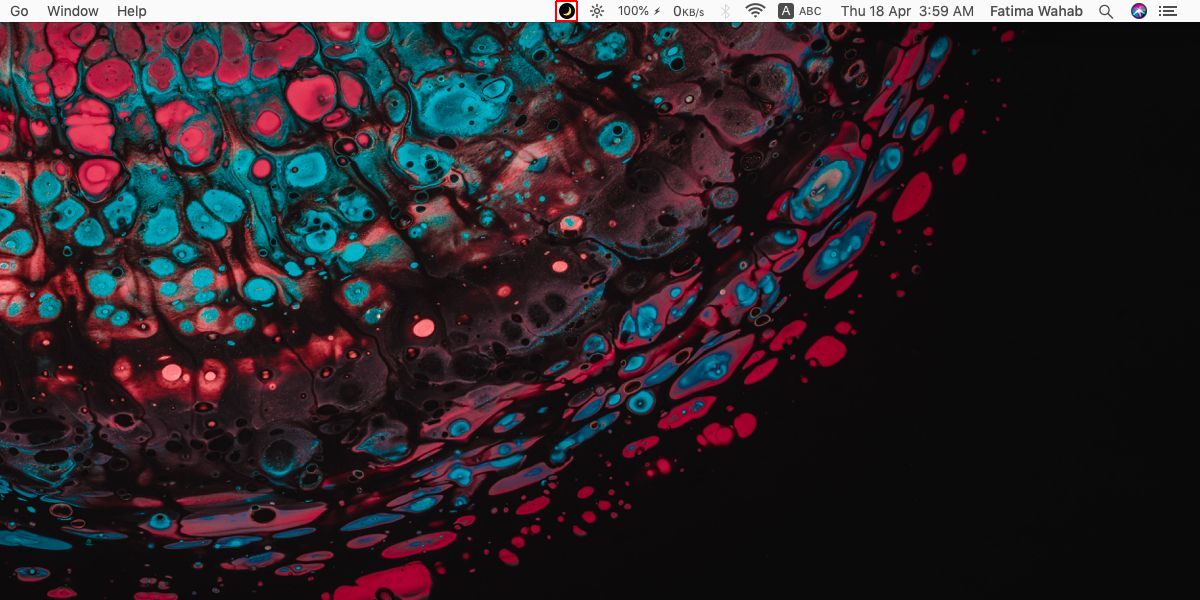 Open Automator and create a new Application type document. From the column on the left, select ‘Change System Appearance’ and drag & drop it on to the pane on the right. Save it with a name that tells you what it’s for. You can add it to the Application folder, and change its icon if you want. 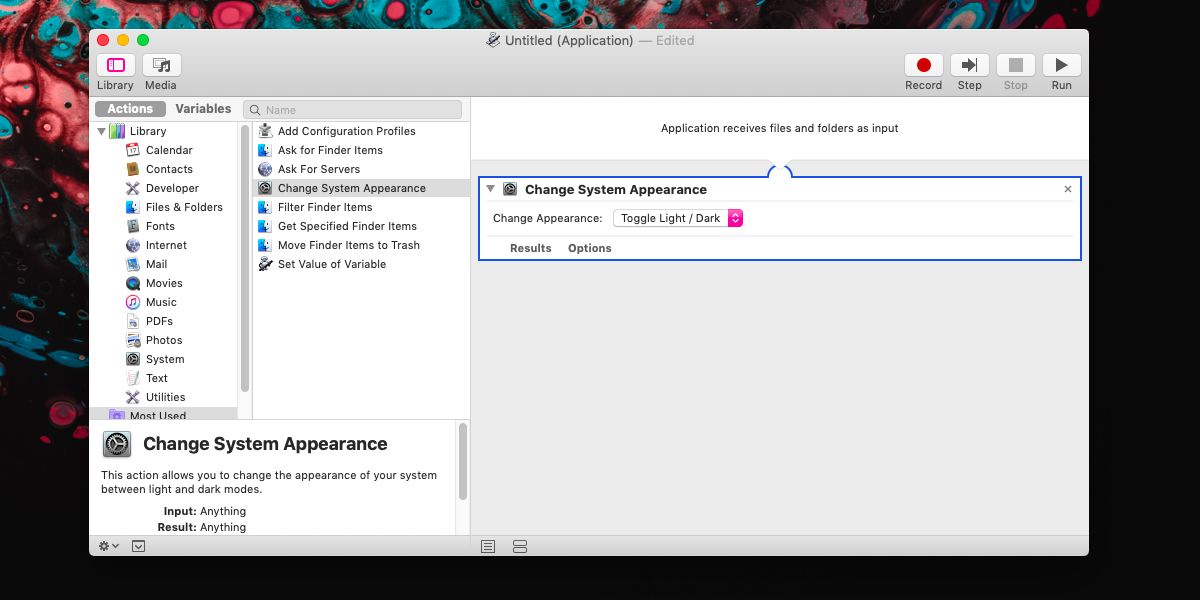 Out of the box, you won’t be able to add this app to the menu bar. You need a third-party app to do that and we recommend XMenu.

Install the app and run it. Access its preferences from the app’s menu. On the preferences window, select ‘User Defined’. This will add a heart icon to the menu bar. Click it, and go to XMenu>Open Folder in Finder.

In the folder that opens, move the Automator app that you created to it. 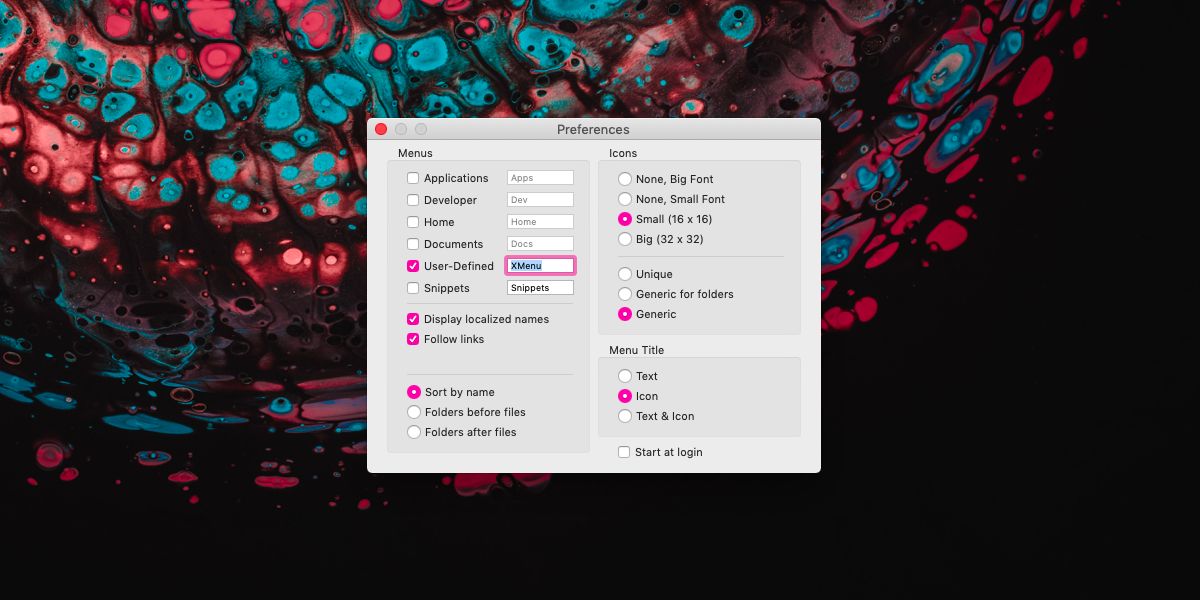 Once you do that, you can click the heart shaped icon in the menu bar and select the app that can toggle the dark/light theme. 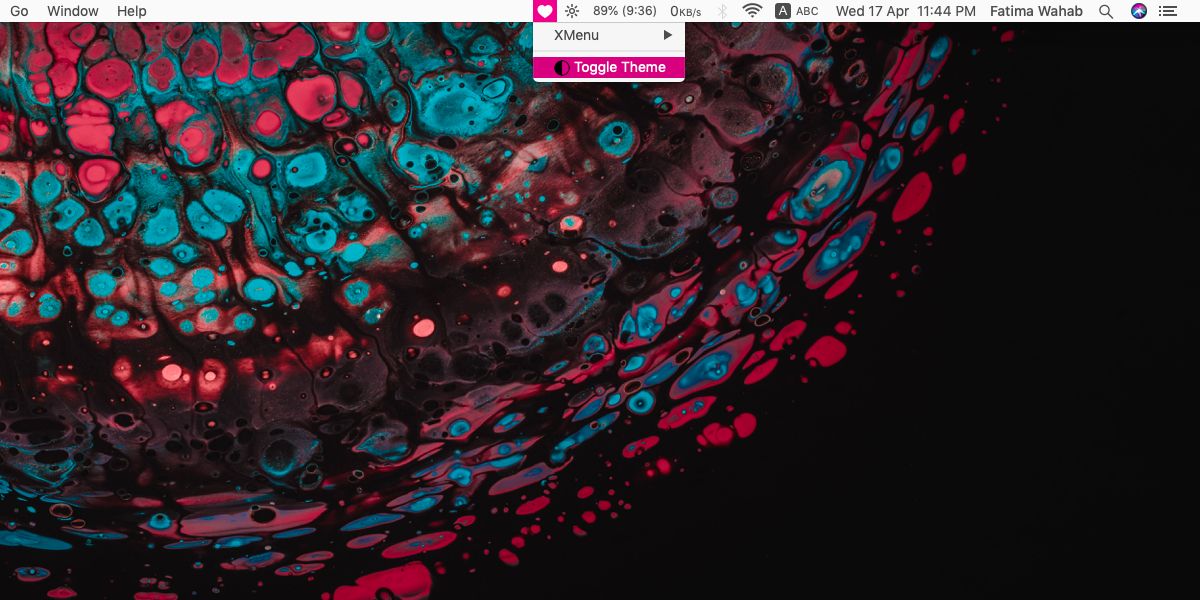 macOS not only needs a native way to toggle the theme but also a way to schedule it. It appears that, at present, third-party apps are doing the job whereas this ought to be something the system can do.