How to disable modifier keys on macOS

You can disable modifier keys on macOS from the System Preferences. Open the app and go to the Keyboard preferences. Click the ‘Modifier Keys…’ button. 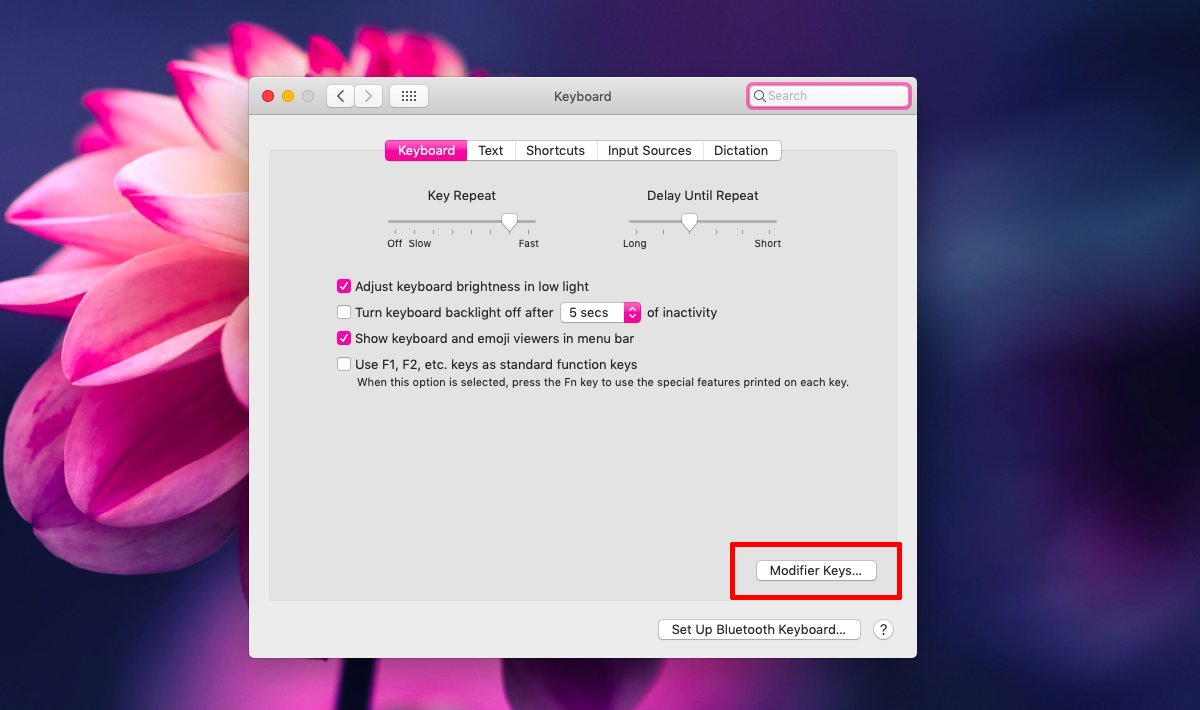 Since our focus is on disabling modifier keys, click the dropdown arrow next to the key that you want to disable and select ‘No Action’ from the menu.

To change what a key does, you can select one of the other modifier keys allowing you to use one key as the other. This will effect keys that are in pairs e.g., if you have two Option keys on your keyboard, and you disable them or remap them to the Command key, both will be disabled or remapped. The change takes effect right away. 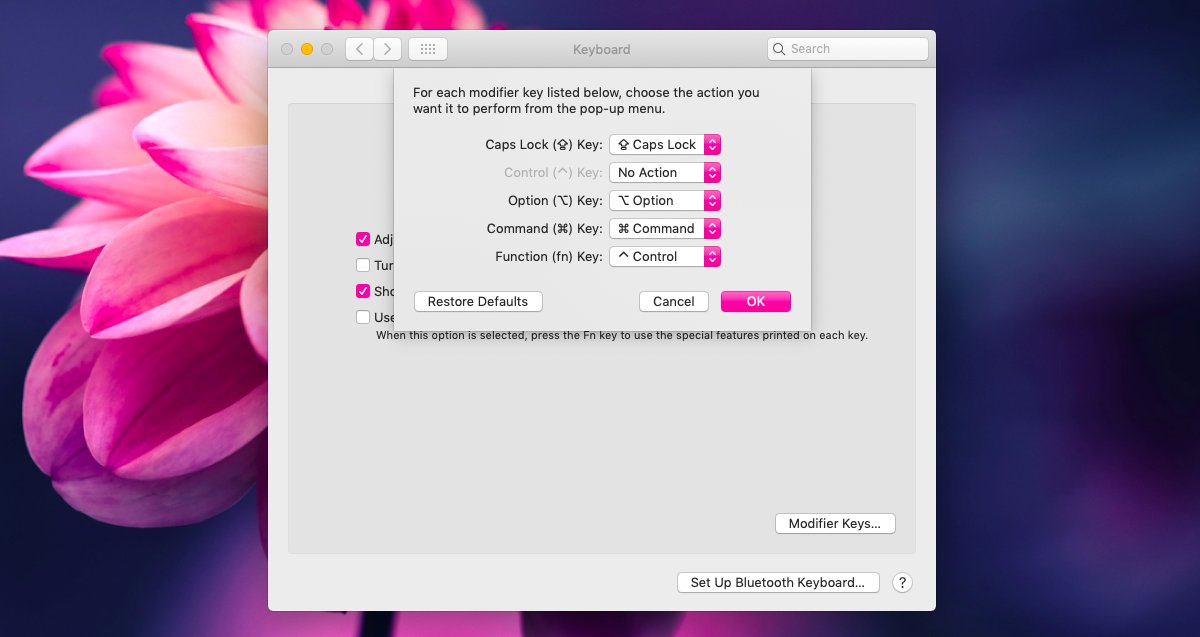 There is no option to map these keys outside of the given options. That’s not to say it’s impossible, you just can’t do it with the System Preferences app. There are third-party apps that allow you to remap any and all keys on macOS. A free app that lets you do this is called Karabiner. The app is a bit complicated but it’s one of the most recommended apps for remapping keys on macOS.

If you have a broken modifier key on your keyboard, this is good way to work with it until you can have it fixed or replaced. When you disable a key, it stops working completely. It’s not just disabled as a modifier key i.e., it will no longer be recognized as a modifier key when you execute a shortcut but the key press will still register. Instead, it will appear as though the key simply doesn’t exist (or is broken). You can change the keys back whenever you want, and if you want to reset them all at once, click the Restore Defaults button.