How to find 32-bit apps on macOS

macOS Catalina will not support 32-bit apps. This means that developers who still only have 32-bit versions of their apps will have to develop 64-bit versions. That’s for the developers but as end users, you need to know which apps are currently 32-bit apps and be prepared in case they aren’t updated. Here’s how you can find 32-bit apps on macOS.

On your desktop, click the Apple icon in the menu bar and select About this Mac. In the window that opens, click the System Report button. 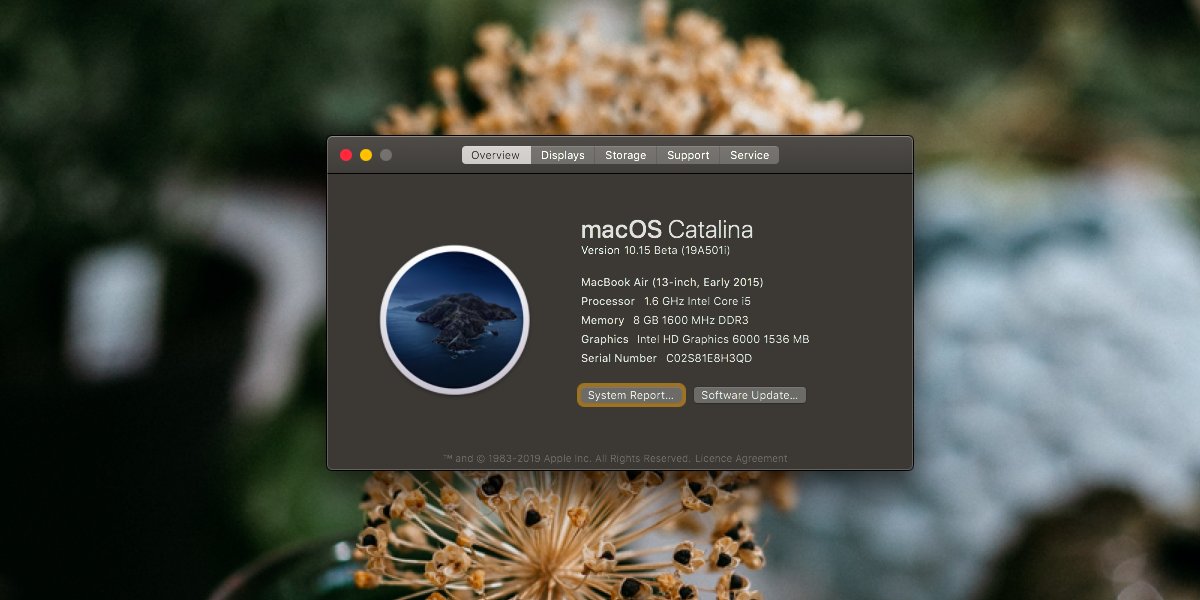 A new window will open giving you complete details about your system. Scroll through the column on the left and expand the Software section. Under it, select Applications. A list of every single application installed on your system will be shown in the panel on the right. Select an app and in the bottom pane, look for the Kind field. It will tell you if an app is 64-bit or 32-bit. 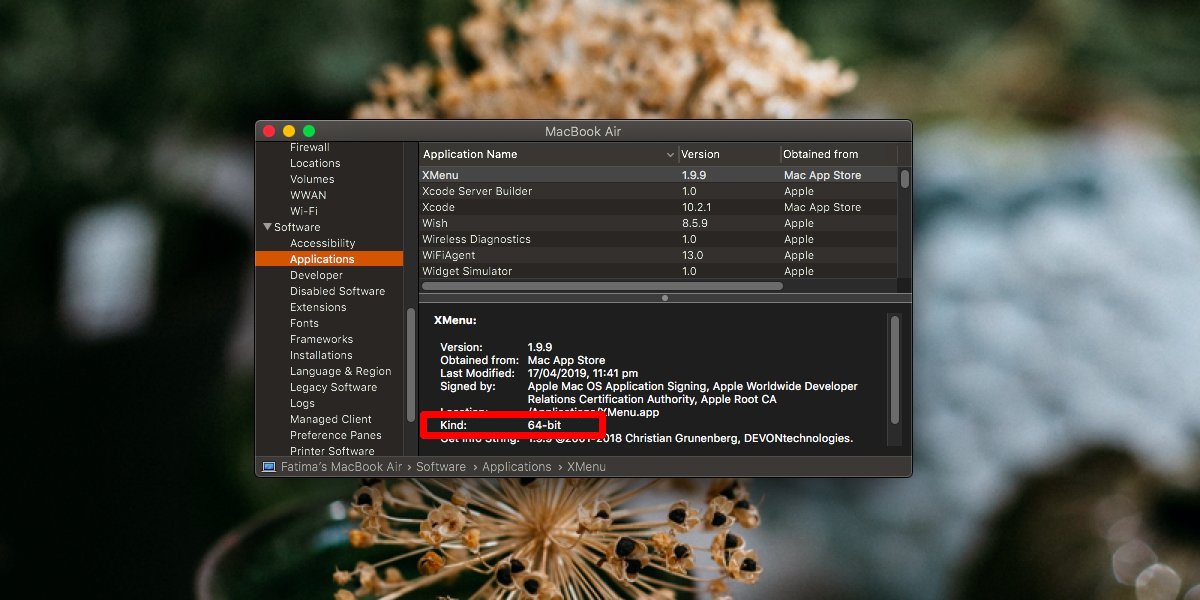 Catalina is in beta at the moment. There are still a few months left until it is officially released. The first thing you should do if you find an important app that is 32-bit is check if it’s still under active development. A developer will know that their 32-bit app is about to reach the end of its life and if nothing else, there should be some news from them regarding an update.

If there’s nothing from the developer, check when the app in question was last updated. If it was a recent update, chances are good that a 64-bit version of the app will be released since the developer is active.

In the event the app isn’t going to be updated, and you cannot find any reason to think that a 64-bit version will be released, you need to find an alternative to the app. There is no way, as yet, that allows 32-bit versions of an app to run on Catalina. If, in the future, a hack for it is discovered it may not be safe or stable. It is best to start looking for an alternative now so that your work isn’t disrupted when Catalina rolls out to the general public.

If the app is too critical to your work process and there is no alternative available, you can always hold off on updating to Catalina when it is finally released. Apple doesn’t force the update and perhaps when it officially rolls out, the developer will release a 64-bit version of it.