How to fix empty Properties window for GeekTool on macOS

GeekTool is a macOS customization tool that’s been around for a long time. There are hundreds of different Geeklets available for it which allow users to quickly customize their desktop. GeekTool doesn’t force you to use pre-developed Geeklets. The app lets anyone create their own Geeklets if they know how. If you’re trying to create a Geeklet of your own but keep getting an empty properties window no matter what, there’s a problem with how GeekTool is installed. Here’s how to fix it. 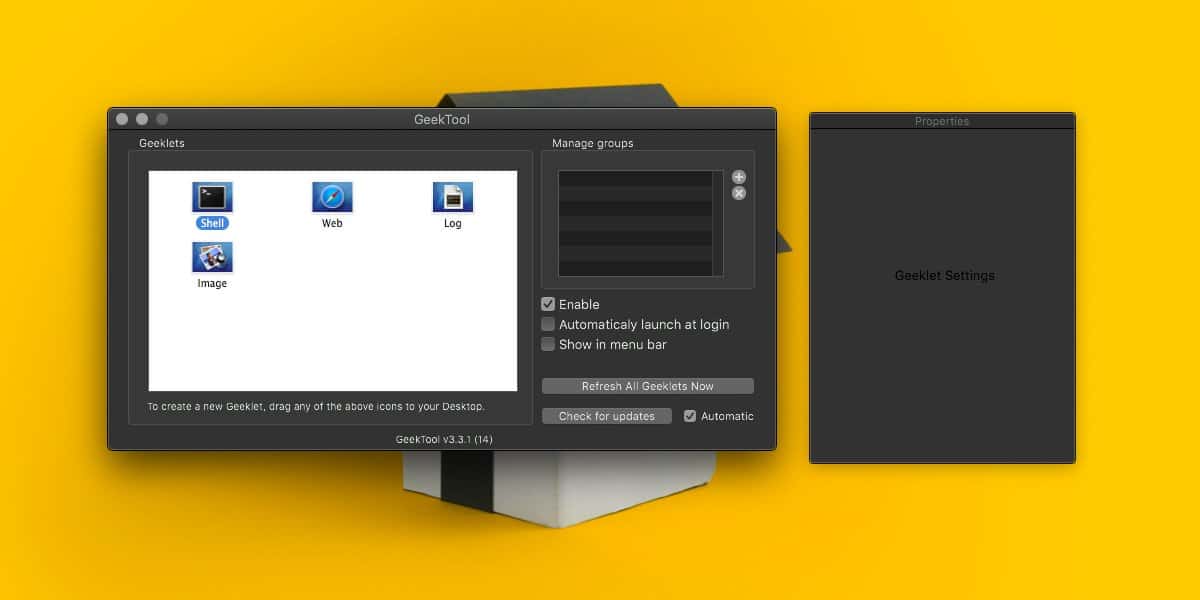 Make sure that you’re running the correct, and latest version of GeekTool. This is the official download page that you can get the tool from. GeekTool was available on the Mac App store at some point but the official website does not link to it, and the links we found told us the tool wasn’t available in multiple countries. It’s safe to say that this is really the only way to get the tool.

The empty properties window is caused by a problem with the GeekTool installation. The problem might be a simple and easily traceable one such as the app not being moved to the Applications folder, or it might be something else. Regardless, reinstalling the app will almost always fix the problem. 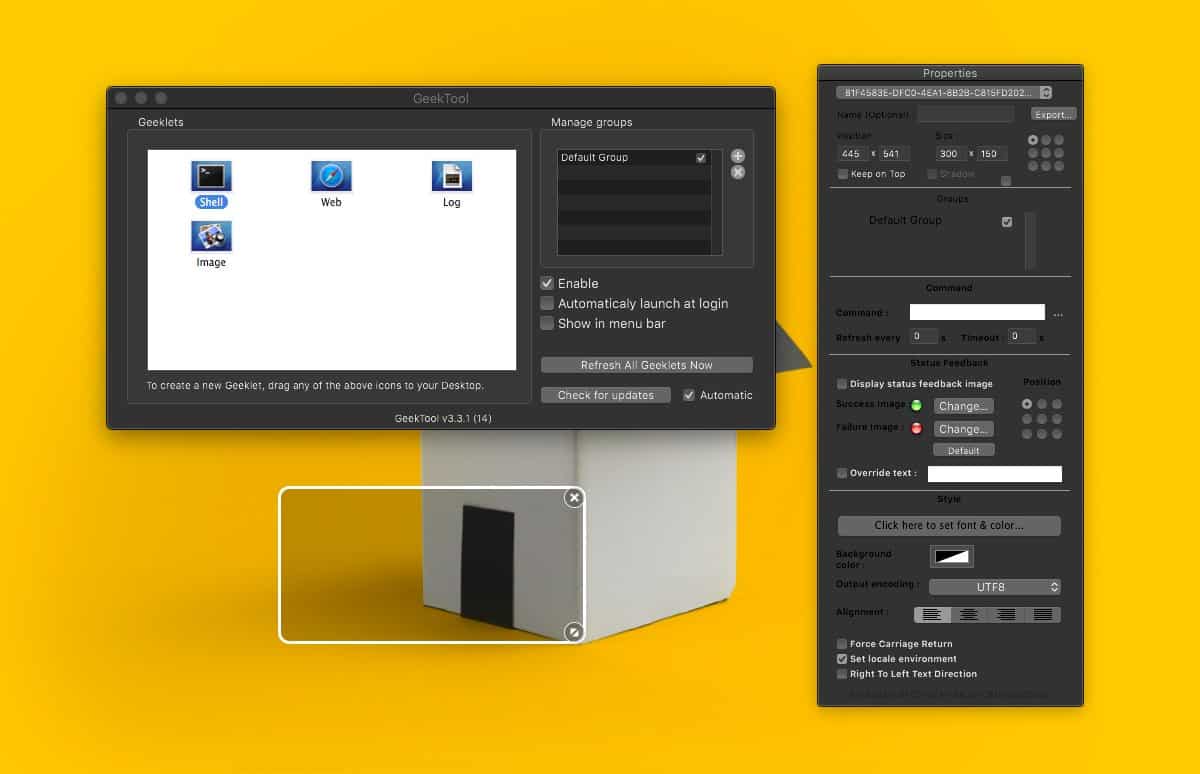