Catalina has officially been released and that means iTunes is no more. If you own an iPhone, or had one in the past, you know that it’s hard to use it without iTunes. With Catalina, iTunes’ functionality has been broken up and split across different apps. Syncing the iPhone on Catalina is now done through Finder. It’s simple and the interface is taken almost entirely from iTunes. It does require that your iOS device show up in Finder. If you don’t see it, there’s a simple fix. 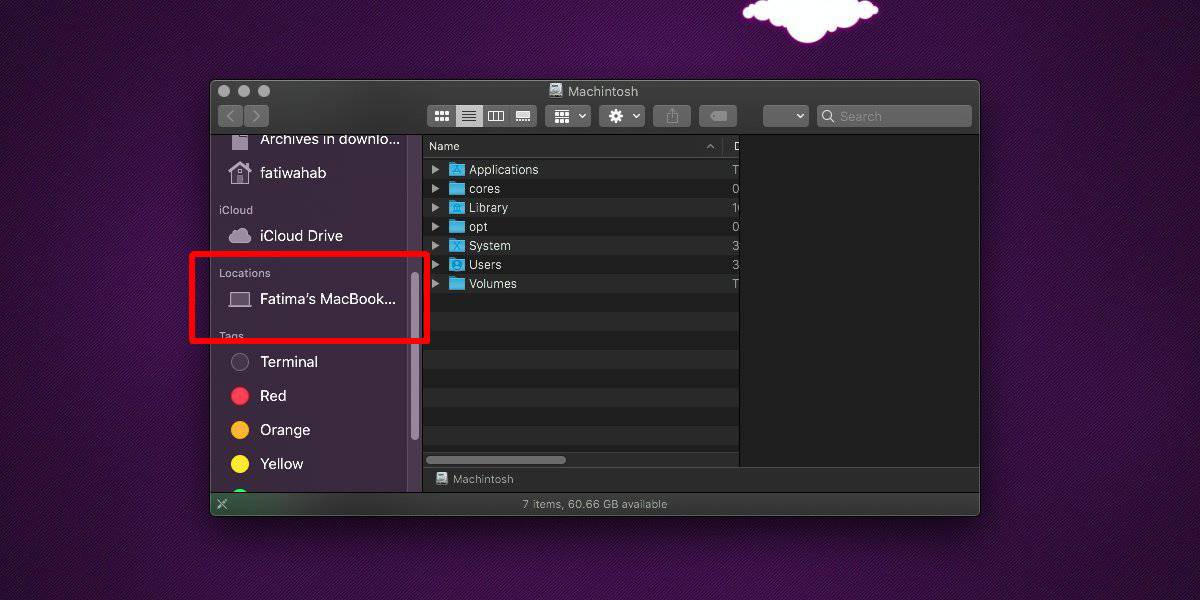 Fix iPhone not showing in Finder

Your iPhone or iPad should appear under Locations in the left column in Finder. If it’s not there, you need to click Finder on the menu bar, and select Preferences.

In the window that opens, go to the Sidebar tab, and enable the ‘CDs, DVDs, and iOS Devices’ option under the Location section.

Return to Finder, make sure you’ve connected your iPhone or iPad to your Mac, and it will appear under Locations in the sidebar. You can select it and you’ll get options to sync/back up the iPhone to your Mac.

Connected devices have always appeared in Finder but it was never really that important to access an iPhone from the file manager. Before Catalina, iTunes normally launched when an iPhone was connected and took a fresh back up. The photos and videos on the device synced with it, and could be imported in the Photos app. The Photos app itself is a photo library manager like no other and users weren’t likely to want to browse their photos and videos from Finder when they had Photos.

While Photos is still around, iTunes isn’t and the Finder is how an iPhone is synced. The device being absent from the sidebar matters a whole lot more now.

The option to show iOS devices in the sidebar on Finder isn’t hidden but it’s grouped together with CDs and DVDs and, that particular hardware is now almost gone from modern laptops. We’re not even sure if any current Mac or MacBook models still have one. Older ones might have an optical drive but Apple has been quick to drop the hardware in an attempt to make slimmer, lighter laptops.

If your iPhone doesn’t appear in Finder after enabling this option, it is possible that you have a faulty cable, or there’s something wrong with the port. Change the port, and try a different, preferably original cable to connect your iPhone to your Mac.

Previous How to disable ‘Video paused. Continue watching’ on YouTube in Chrome
Next How to add iOS contacts to People on Windows 10