How to record the touch bar on macOS

To be clear, you cannot record the touch bar. You can take screenshots but to record it, you’re going to have to make do with a hack. You will need to run a touch bar simulator. This will put a virtual touch bar on your screen that you can then record with the default screencast utility on macOS.

It’s really easy to get a virtual touch bar on a Mac. It’s virtual so it doesn’t matter what year your MacBook is though you must be running macOS 12.2 or later. There’s an app called Touch Bar Simulator that does the job. Install and launch it and set up the touch bar for recording. 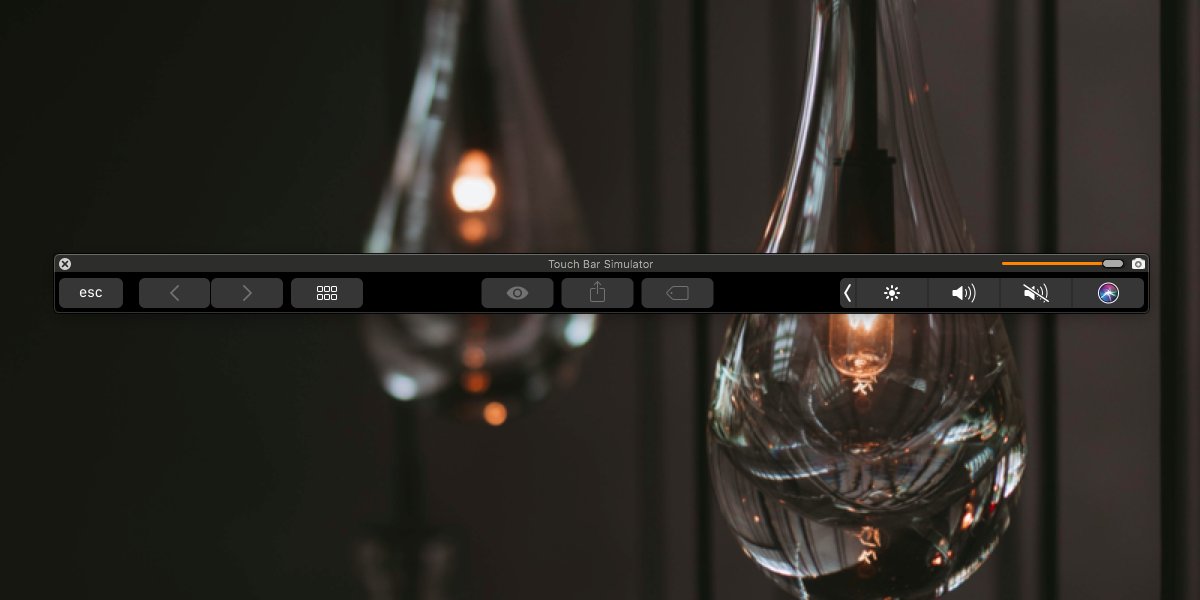 Once you’re ready to record, open Launchpad and look for the Screenshot utility under the ‘Others’ folder. Open it, and select the record option. Start the recording. 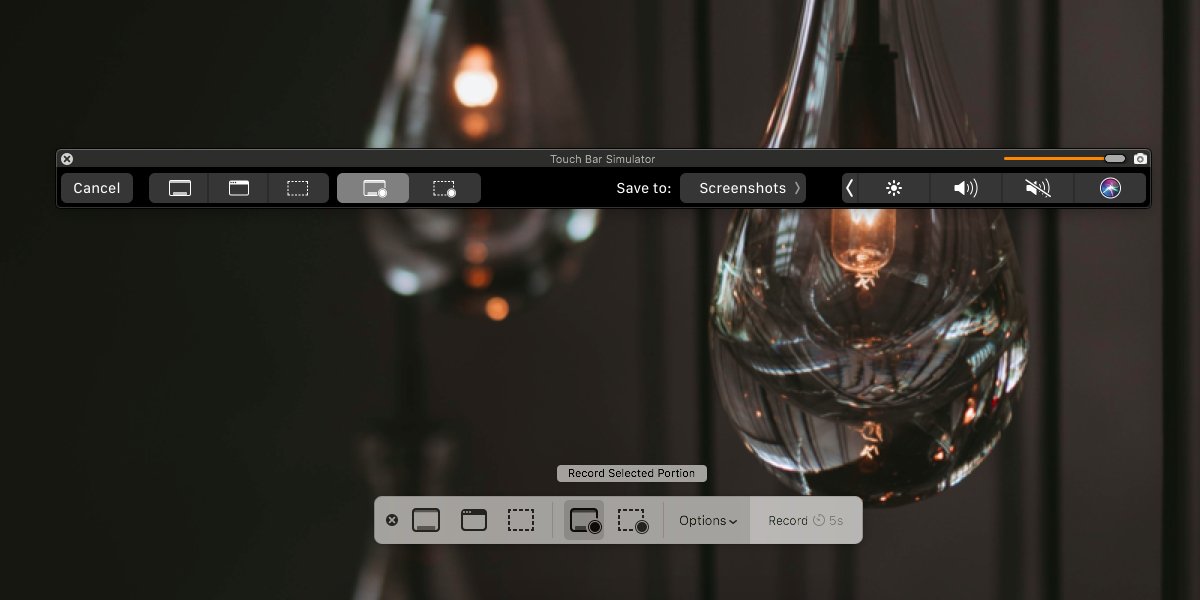 The touch bar will show the record controls along the left side and that isn’t something that you can avoid. The recording will include all activity on the touch bar. When you’re done, click the Stop button to end the recording. 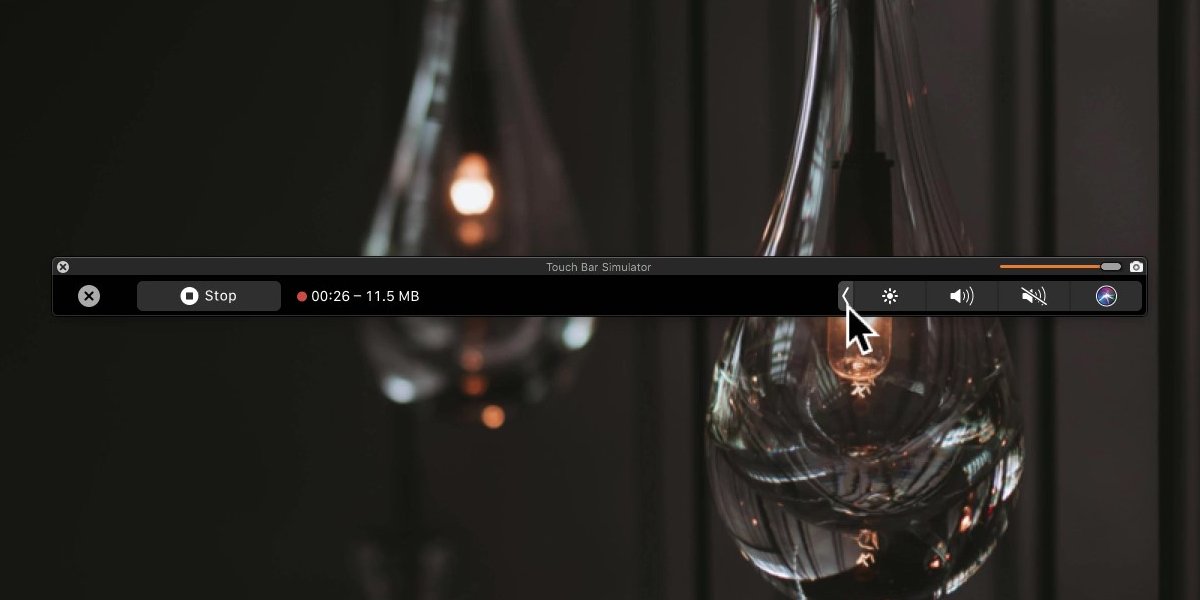 The virtual touch bar’s title does indicate that it is a touch bar simulator but you will find that it replicates the real hardware perfectly. Any app that you might install for modifying the touch bar runs on this virtual touch bar without any problems.

The screencast that you record will be high quality and all changes i.e., buttons etc., that happen on the touch bar will be recorded. If you need to create an instructional video for using the touch bar, or you need to demonstrate how an app works, this is as good a method as any to do so.