How To Install Fonts For Microsoft Word On Windows 10

Microsoft Word gives you a considerably large list of fonts to use in your documents. For professional and/or academic use alone, it offers quite a few reasonably good fonts including the universally accepted Arial and Times New Roman fonts. It also has a Microsoft developed font called Calibri which is the default font. If these font selections don’t suit your needs, you can always download other fonts from the web and use them in your document. Here’s how you can install fonts for Microsoft Word on Windows 10.

Microsoft Word can access every single font that is installed on a Windows 10 system. That means if you want to install fonts for Microsoft Word, you really only have to install them in Windows 10, and the app will be able to detect them automatically.

First, find a font to download. There are loads of free fonts that you can download, and a good number of paid ones that you can use as well. Fonts download as TTF or OTF files. For Windows 10, you should try and get a TTF file if possible. Some fonts are available in both formats while others aren’t.

For the sake of this post, we’ve picked a creative font called Mars Mission however, you shouldn’t use fonts like this in professional or academic documents. This font is available in both TTF and OTF format. Right-click the TTF file, and select Install from the context menu. You will need administrative rights to install the font.

Once the font has been installed, open Microsoft Word. On the Home tab of the ribbon, open the font dropdown and look for the name of the font you installed. In this case, we’re looking for Mars Mission. 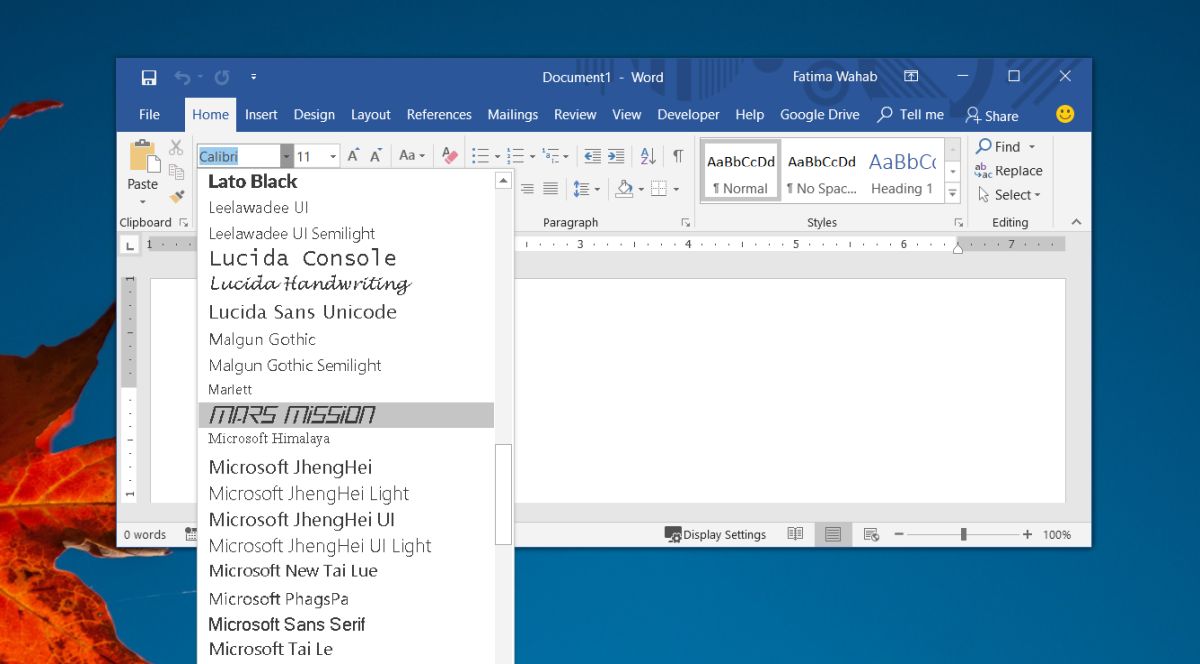 Select it, and start typing. The letters will be displayed in the selected font. 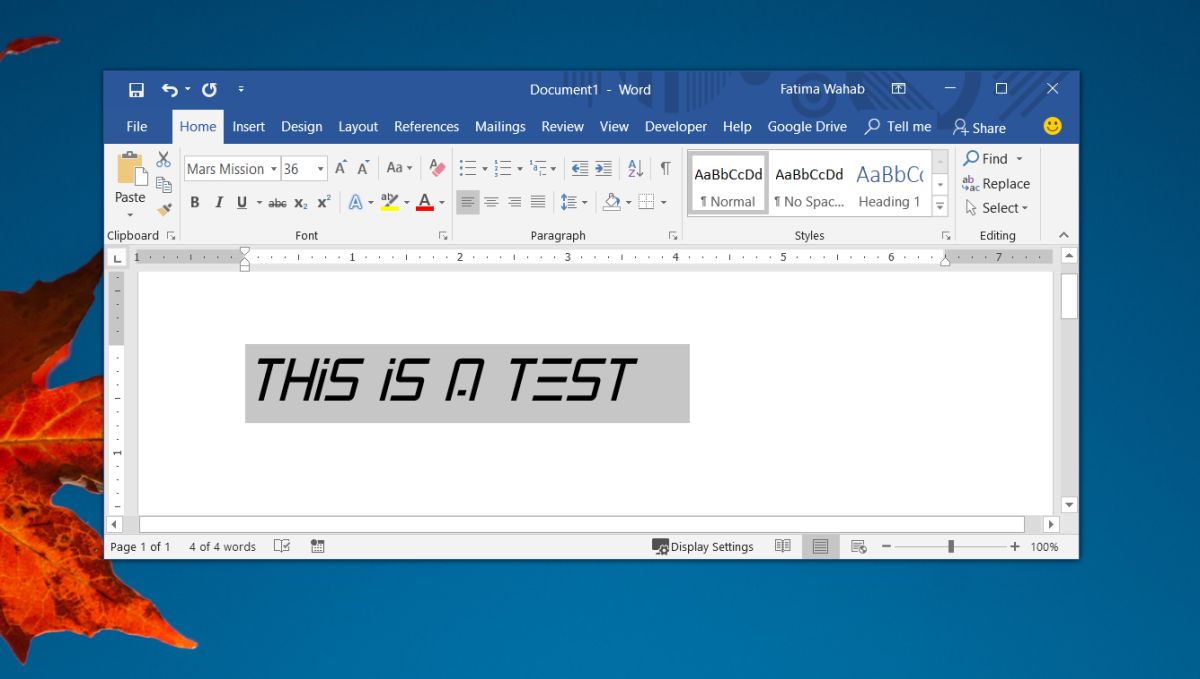 Users normally use different fonts for resumes or reports. While using fonts other than Times New Roman, Calibri, and Arial may make your document stand out we should warn you that whoever you share the document with may not see the font used unless you include fonts with your document, or you convert it to a PDF before yo share it.

To include the font, you need to embed it in the file. Including fonts will make the file slightly bigger than it normally would be had you used one of the default fonts. The fonts that you install on Windows 10 will be available in all other Microsoft Office apps including Excel and PowerPoint. If you want to remove the font, you’re going to have to uninstall it from your system.