Windows 10 is an OS that is built to run on a regular desktop but, it’s also meant to run on tablets. There are only a few select apps that are built for Windows 10 running on a touch device or a tablet. If you own a touch device, Windows 10 touch features are mostly what you use. TouchTasks is an app that adds action areas to a touch screen. These areas, when touched or clicked, will execute whatever action you’ve assigned to them.

TouchTasks isn’t a free app however, it has a 30 day free trial and it has a modest price tag of $4.99. The app is built for a touch screen laptop or a tablet however, the app says you can still use it with a non-touch screen device. The app may not work as well if you use with a regular mouse or touch pad so keep that in mind. With our tests, we found that it was impossible to use with a mouse or a touch pad.

The action areas are pre-defined. The app has five different action areas and in order to use them, you need to touch/tap the edge of the screen. There are three action areas at the top, and one on each side. Go to the app’s settings and you can choose what each action area does.

You can open various system panels e.g. the brightness panel, the on-screen keyboard, or the multi-tasking view, among other things. You can also set an action area to execute a keyboard shortcut, or even open any app of your choice. If you’re up to it, you can basically use it to launch your five favorite apps. 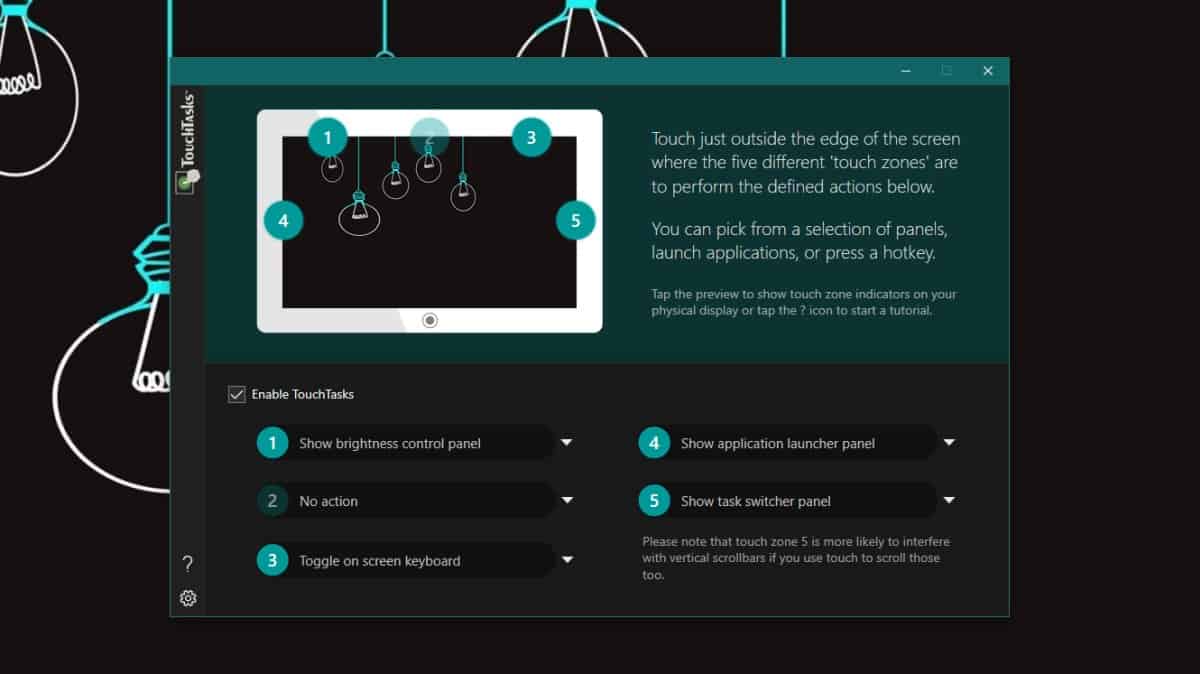 The action areas cannot be changed however, if you go to the app’s settings you will be able to increase or decrease the action zone. The size of the zones is set in groups i.e., the three areas at the top are one group, and the two areas on the sides are the second. On this same window, you will see that there are a few themes that you can set for the app as well. 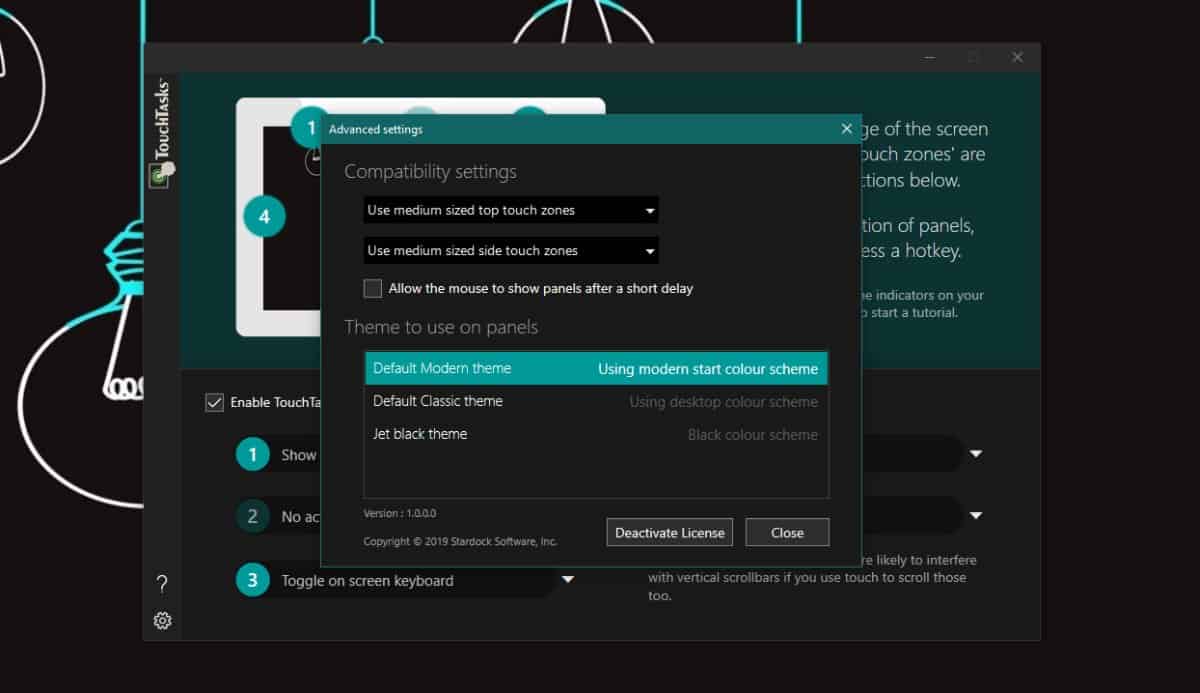 Generally speaking, we advise against using the app with a non-touch screen device. It’s just not responsive there. For touch screens, this is going to make your device a lot easier to use.