USBs have become the go-to device for installing any sort of operating system. They’re easy enough to carry, every single computer has at least one USB port, they come in large size configurations at a cheap price point, and optical drives have almost disappeared from computers so there really isn’t much choice.

A reliable tool for burning disc images is Etcher. It supports burning to all sorts of storage devices, and it works on Mac, Windows, and Linux. It’s also free, and easy to use. Download it, install it, and run the app.

Make sure you have a disc image ready to burn, and insert the SD card in your PC/laptop.

Etcher normally auto-selects the first device it detects for burning so it may automatically detect the SD card. If it doesn’t, or it detects a different device, click the Change option under the device name and select your SD card. 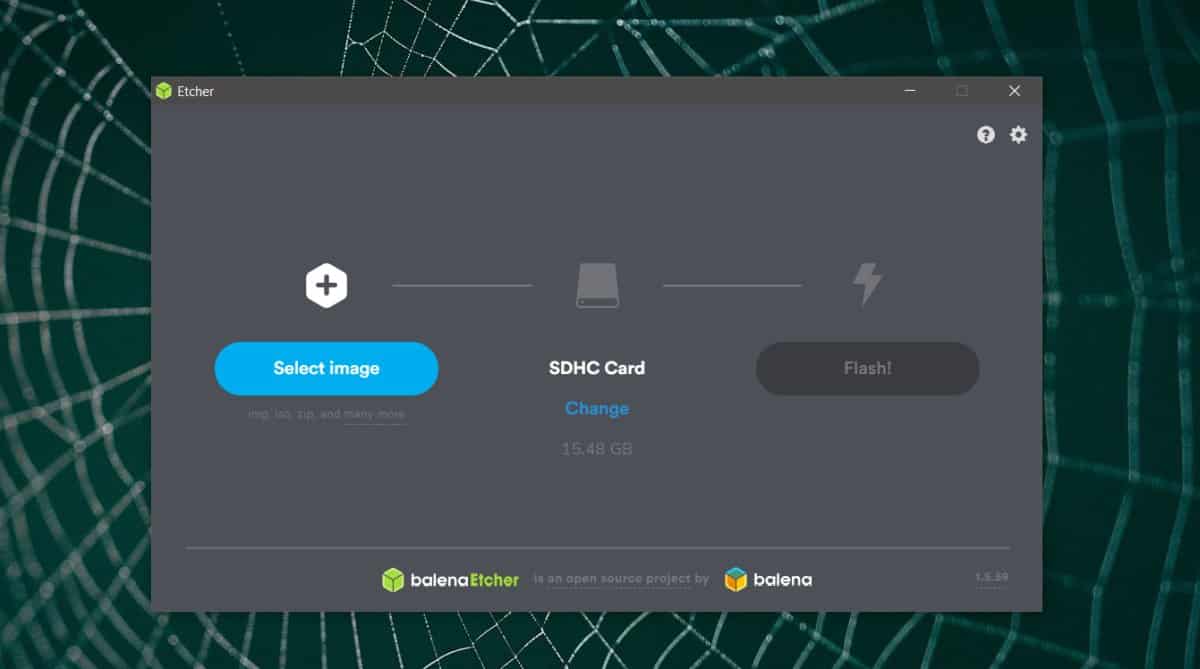 Next, select the disc image that you want to burn to it, and then click Flash. Etcher will tell you when the process is complete and you can use the SD card to install whatever you burned to it. 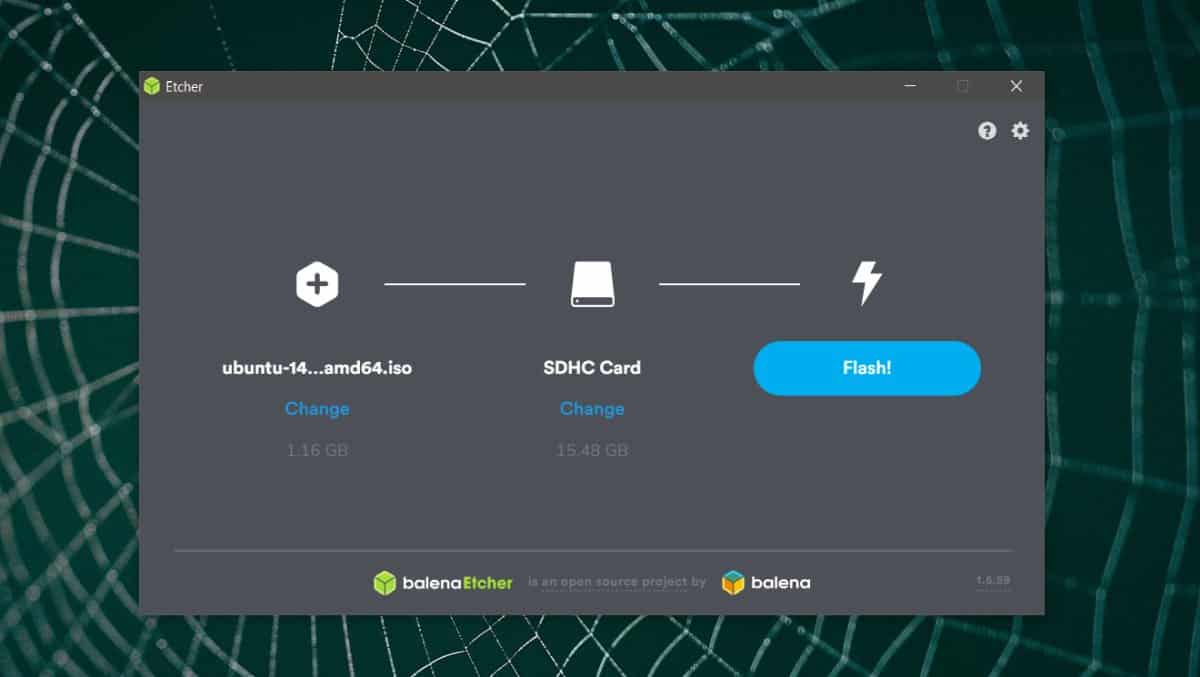 You can burn just about anything to an SD card with Etcher but you can’t necessarily use an SD card as a boot device for all sorts of devices. There are select devices that allow it to be used as a boot device and a laptop/PC isn’t one of them. Etcher will let you burn a Windows 10 ISO to an SD card but the card itself will not show up as a device that you can boot from in your BIOS, and there isn’t anything you can do about it.

It is up to you to make sure the SD card has enough space to accommodate the image that’s being burnt to it. Having space equal to the size of the image isn’t always enough. Look up the requirements for the image file, and make sure your SD card meets them all.