How to completely remove Flash from Windows 10

Flash is going away in December 2020. Chrome’s already warning users that Flash is nearing its end of life, and advising them to disable it. The thing is, Flash has been around for a long, long time. Some would say it’s been around longer than it should have been. Removing it from a system isn’t that simple. That said, if you want to remove Flash from Windows 10, Adobe will lend you a hand.

This method will remove Flash if it’s installed on your desktop however, it will NOT remove Flash from Edge, or Google Chrome. In the case of both these browsers, Flash is integrated in them. You can choose to disable Flash in Edge and Chrome but it cannot be removed unless a version of the browsers is released without it.

Visit Adobe and download the designated Flash Uninstaller that’s linked on the page. Once you’ve downloaded it, close all browsers that you have open, and run the uninstaller with admin rights. Click the Uninstall button when prompted to. 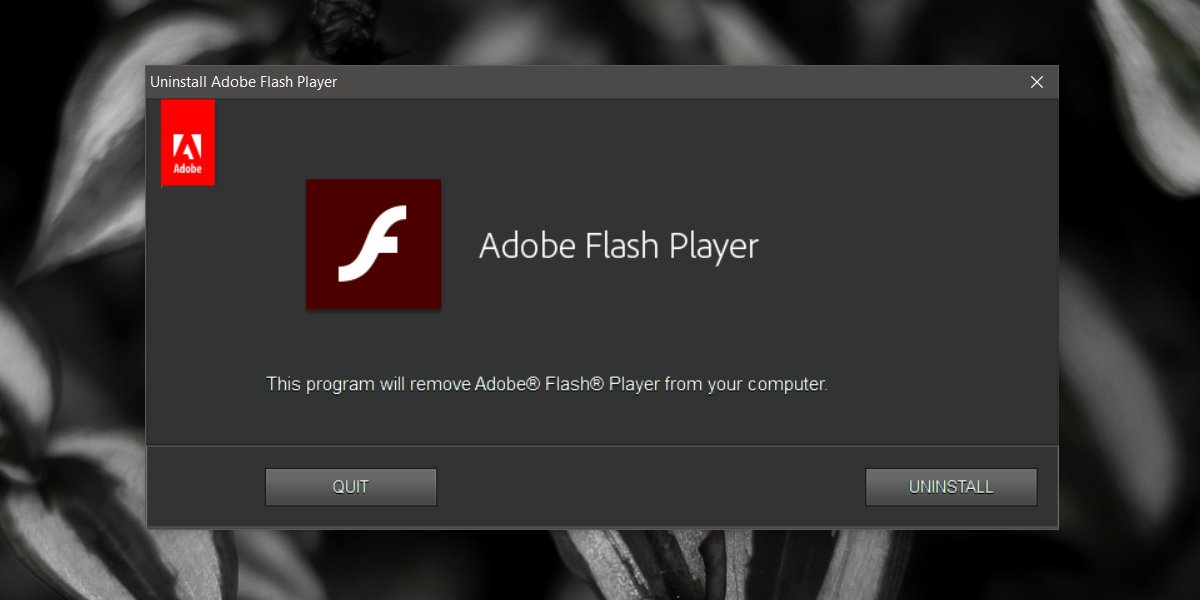 Uninstalling Flash takes only a few seconds. When it has uninstalled, you will see the window featured in the screenshot below. 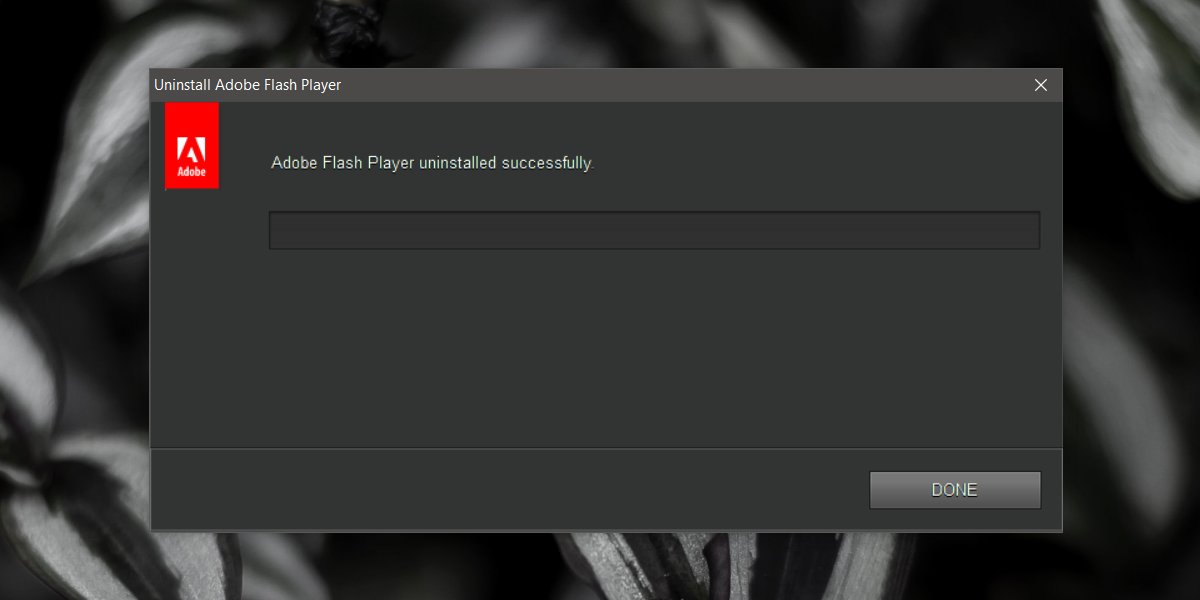 We mentioned that eventually, browsers will scrape the integrated Flash support as well. This will happen via an update and obviously, there’s no timeline on when that will happen with Chrome and Edge. Chances are, the integrated Flash will stick around for a while since there’s still quite a bit of Flash content on the internet. Any technology, good or bad, that’s been around this long tends to take time to transition away from which is why browsers will likely support Flash even after its demise.