Google has its own image format; WEBP. You’ll find this image format is used all over the Google Play Store and it’s also used on the official Android website. The format, although developed by Google, isn’t as common and some of the best image viewers like IrfanView do not support it. If you have a WEBP image, you can open it in Chrome or Edge but they’re browsers and not image viewers or editors. If you don’t need an image to be in the WEBP format, you can convert it to a more common one like PNG or JPG. Here’s how you can convert WEBP images to PNG or JPG.

There are online apps that can convert WEBP images to PNG or JPG but we’re going with a desktop solution that doesn’t require any third-party apps; Paint.

Convert WEBP to PNG or JPG

Paint can open a WEBP file and, while it’s a basic app, it can also convert images to common image file formats like PNG, JPG, GIF, or BMP. 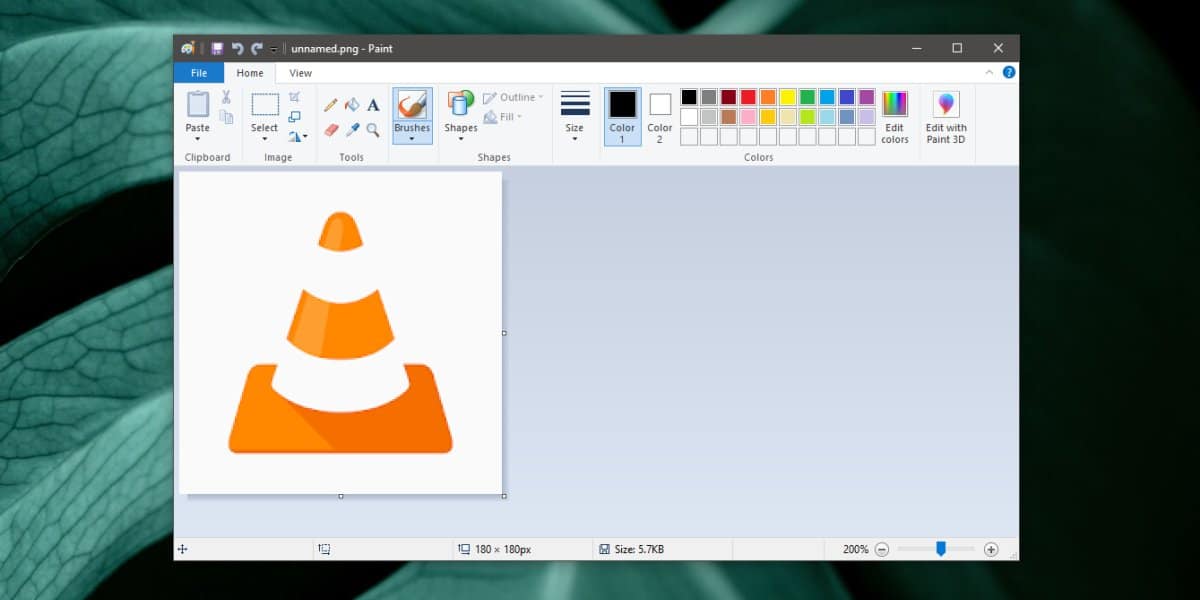 Open the WEBP image in Paint and then go to File>Save As. The Save As sub-menu will list common formats that you can save the file to, and both PNG and JPEG/JPG are listed there. Select a format, and save the file. 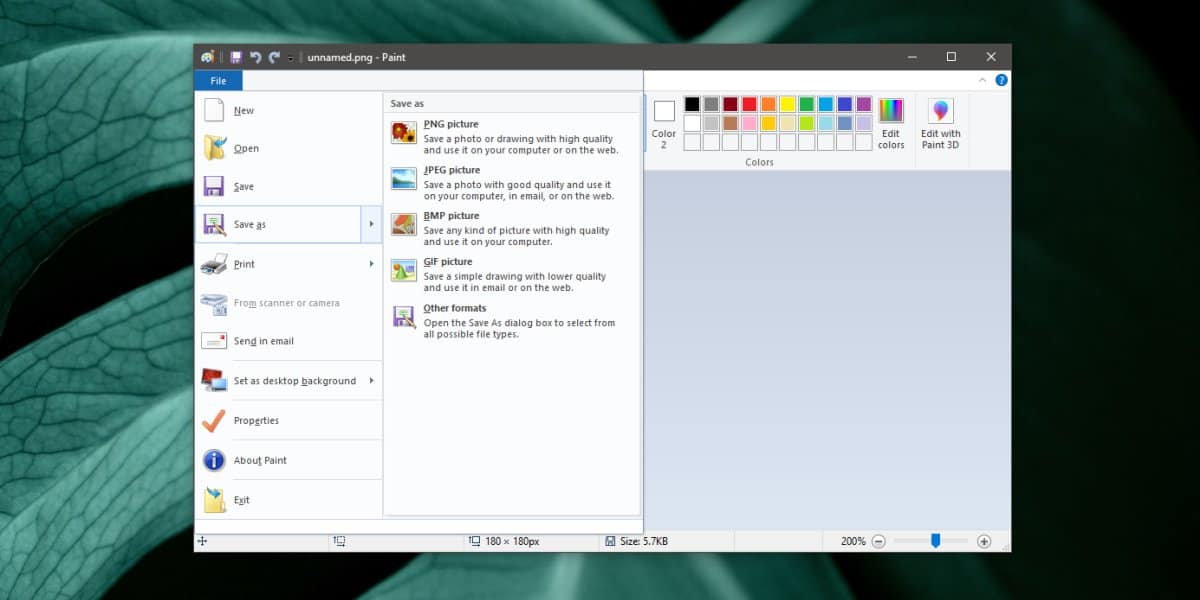 The WEBP format supports transparency but you’ll find that transparency is lost when it’s converted to PNG with Paint. It’s an unfortunate drawback that comes with using the app. Unfortunately, the WEBP format has such poor support that not even Paint.net will open it. It likely has a better chance of preserving transparency but it can’t open a WEBP image so it doesn’t matter.

If you’re looking for a simple file viewer that will let you open/browse WEBP images, and not as interested in converting the file to a different format, go with Windows Photo Viewer. This app is still around. You may have to enable it on your system but Windows Photo Viewer is perfectly capable of opening a WEBP image. 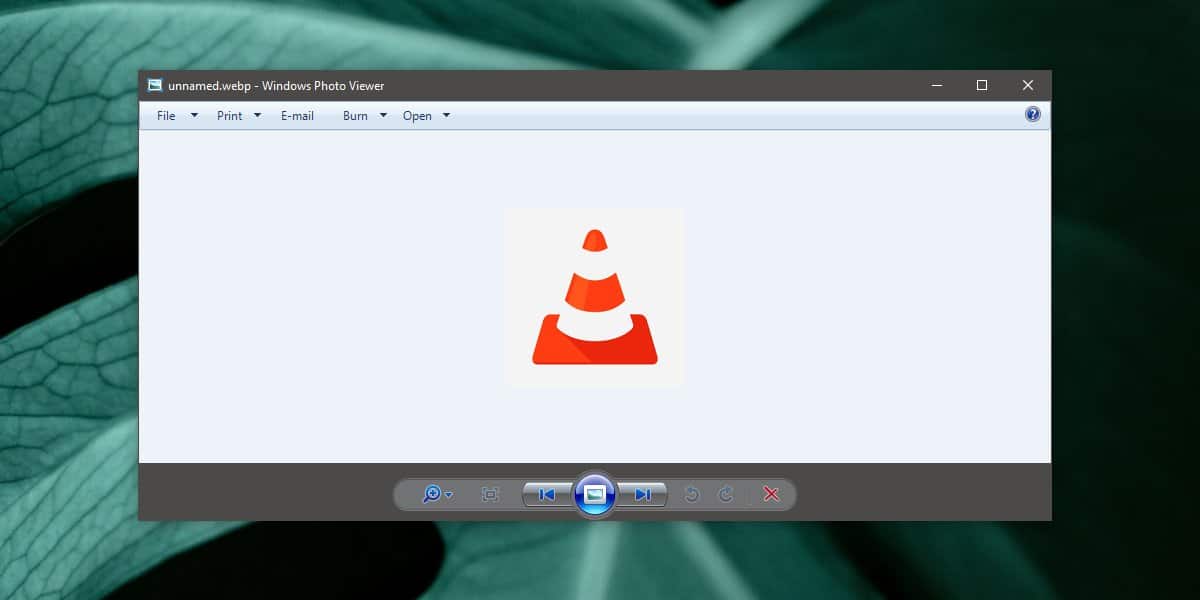 WEBP, as an image format, hasn’t exactly caught on. It’s an open source format and despite that, it’s not very popular. It may have to do with not many image viewers supporting it and not many viewers support it because it’s not very common. Regardless, two stock apps on Windows 10 can open the image without any problems.

WEBP is meant to be used on websites and you’d be surprised how long it takes for websites to change the technology they use, even if it’s just an image format.