How to install Shaders for Minecraft UWP

Minecraft doesn’t have the fanciest, most high-end graphics. It is, after all, a game made of blocks however, users have been able to make it look much better than it does out of the box with texture packs. Texture packs are great but if you want to add a hyper-real look to Minecraft, shaders are the way to go. Here’s how you can install Shaders on Minecraft UWP for Windows 10. 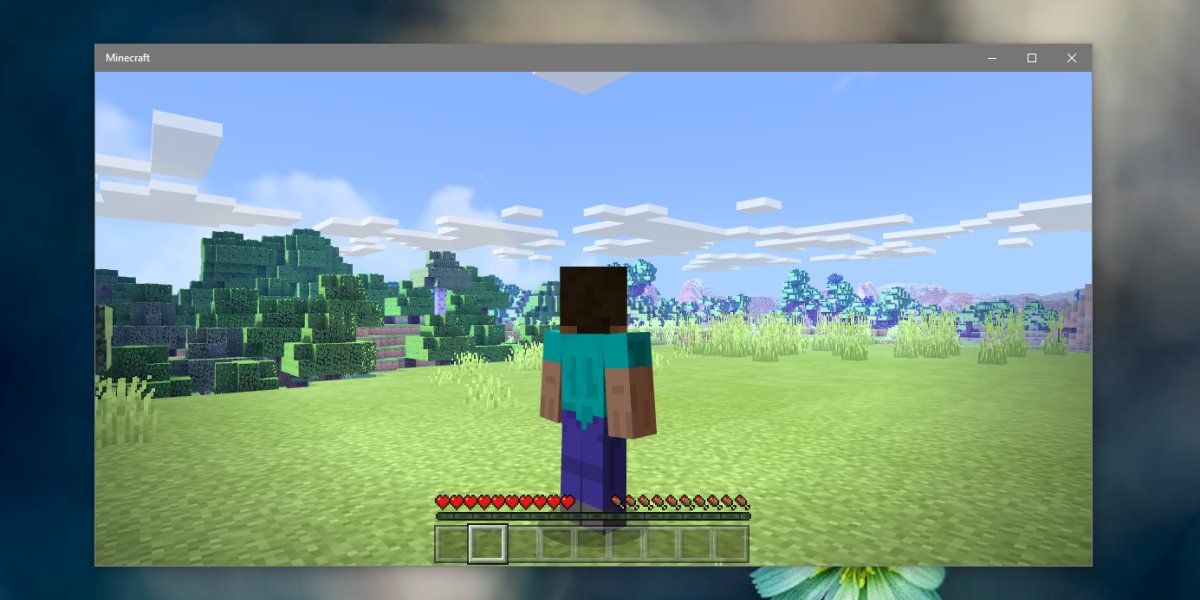 There aren’t a lot of Shaders available for Minecraft UWP. Those that are built for the Java version will not work with the UWP version of the game which means your choices are going to be limited. That said, you can still find a few nice looking shaders for the game. Just make sure it is built for Windows 10 or for the UWP version of the app. For the sake of this post, we’re going with the Chocapic Shaders. Go ahead and look for any other shader and download it. It will download as a .mcpack file.

Navigate to the folder that you downloaded the Shader to. By default, it will be detected as a file that can be opened with Minecraft. Double-click it and it will open Minecraft. You will see a ‘Import Started’ message. 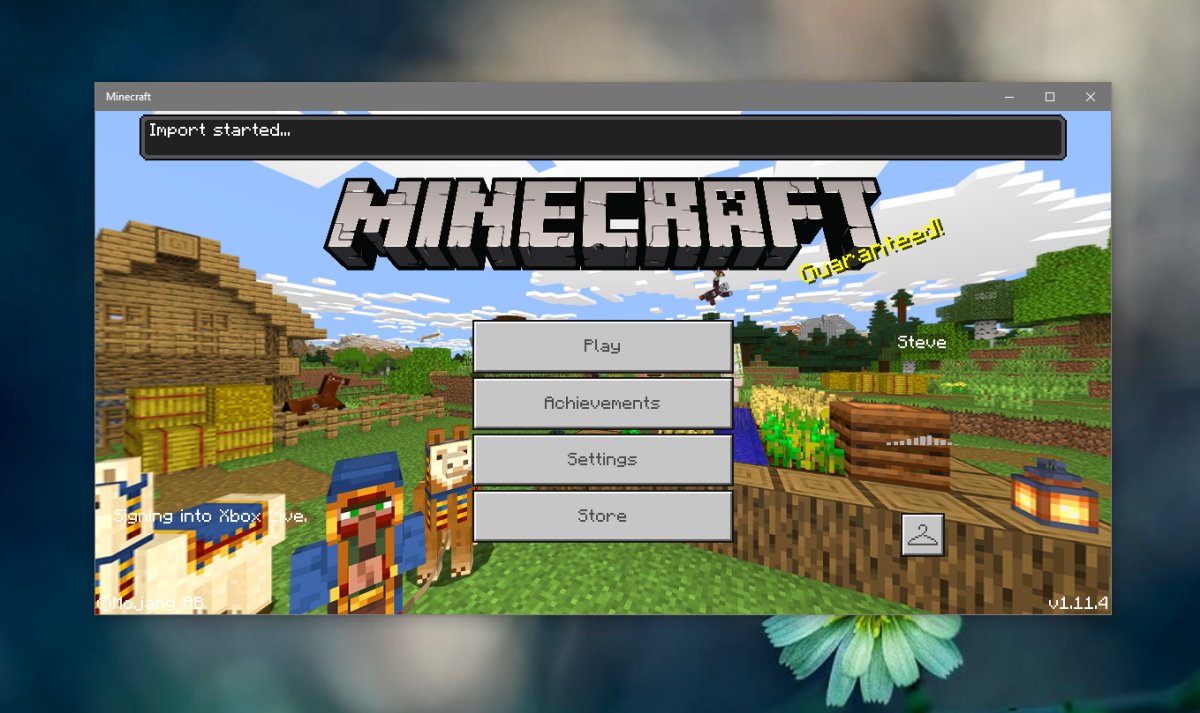 The import only takes a few seconds so you should see another message telling you the import was successful. 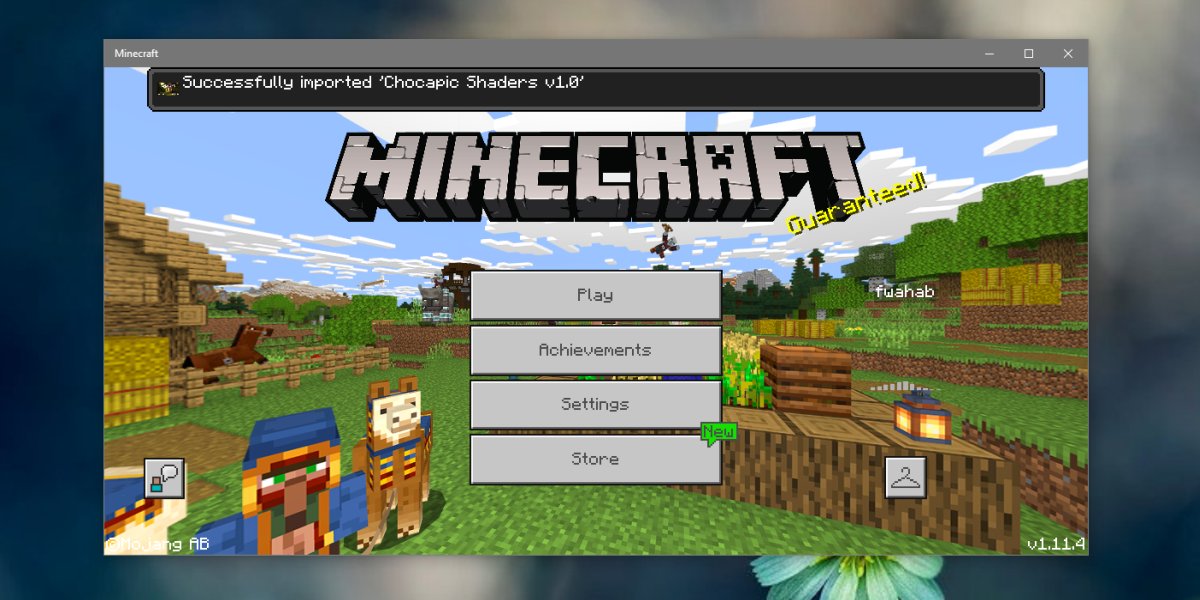 Click the Settings button on the game’s welcome screen and then select ‘Global Resources’ from the column on the left. In the pane on right, you will see the Shader that you added. Select it, and click the plus button to add it. Return to the main screen. 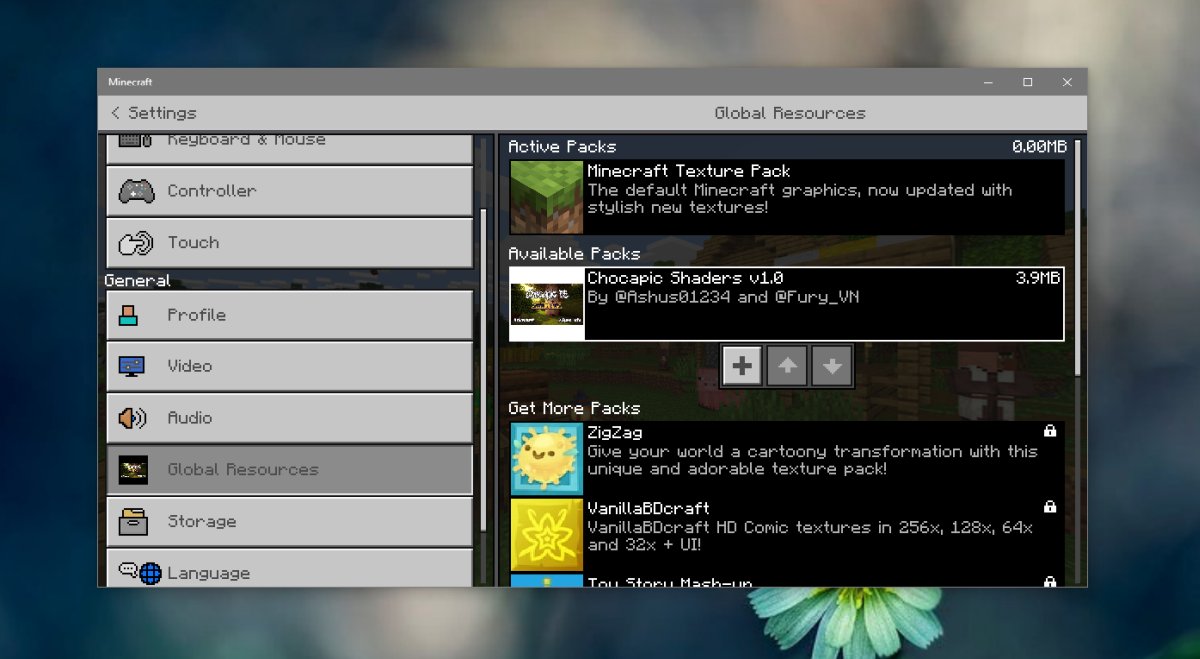 The Shader will take a few seconds to load but once it does, the world view behind the buttons on the main Minecraft screen will change to reflect the Shaders that you added. Go ahead and load up a world to play in. 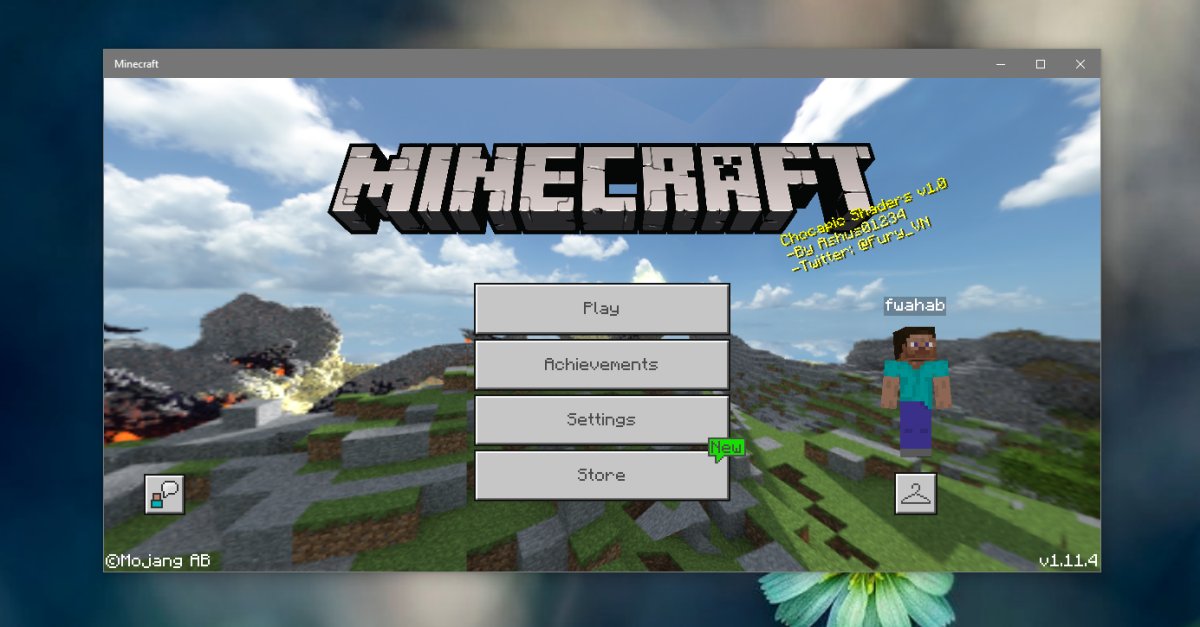 If you want to remove a shader from Minecraft, you can unload it so that only the default texture loads or you can uninstall it completely. To unload a shader, open Minecraft, click the Settings button, and in the column on the left, select Global Resources. In the pane on the right, select the Shader and click the minus button under it. This will unload it.

To uninstall it, tap the Win+R keyboard shortcut to open the Run box. Enter the following, and tap the Enter key.

In the folder that opens, navigate to the following location and delete the shader from the ‘resource_packs’ folder.

Shaders tend to slow down Minecraft or they require a more capable system for the game to run smoothly. You might see the UWP version slow down considerably after installing a shader.

A shader for Minecraft UWP is a lot like a texture pack with some differences. These differences are more pronounced on the Java version but not so much with the UWP version. You will have to manage your own expectations here.