On Windows 10, apps are supposed to remember which monitor they were launched on. When you open them, they should open on the same monitor they were open on before. That’s the principle of it, but it doesn’t always stick, especially with games. With games, it’s a bit more complicated because they tend to run in full screen and moving a full-screen app between monitors is almost impossible. It’s a bit of a mess, and there’s a slightly less messy way to work around it. Here’s how you can run an app on a specific monitor on Windows 10

Run an app on a specific monitor

We’re going to use an app called TvGameLauncher. This app is for games, but it will work with any other desktop app. You have to launch it, and then run the game, or any other app through it. It will run the app on the monitor you select.

Go ahead and download TvGameLauncher, extract it, and run the file called ‘TVGameLauncherGUI.exe’. The first setting you need to check is the TV and Monitor dropdowns. Make sure all your displays are detected. Choose which monitor you’d like to use as the ‘TV’, and which as the ‘Monitor’. Next, uncheck the ‘Enabled’ option. This is optional but recommended. If you leave it enabled, it will change your primary monitors which isn’t something you want. 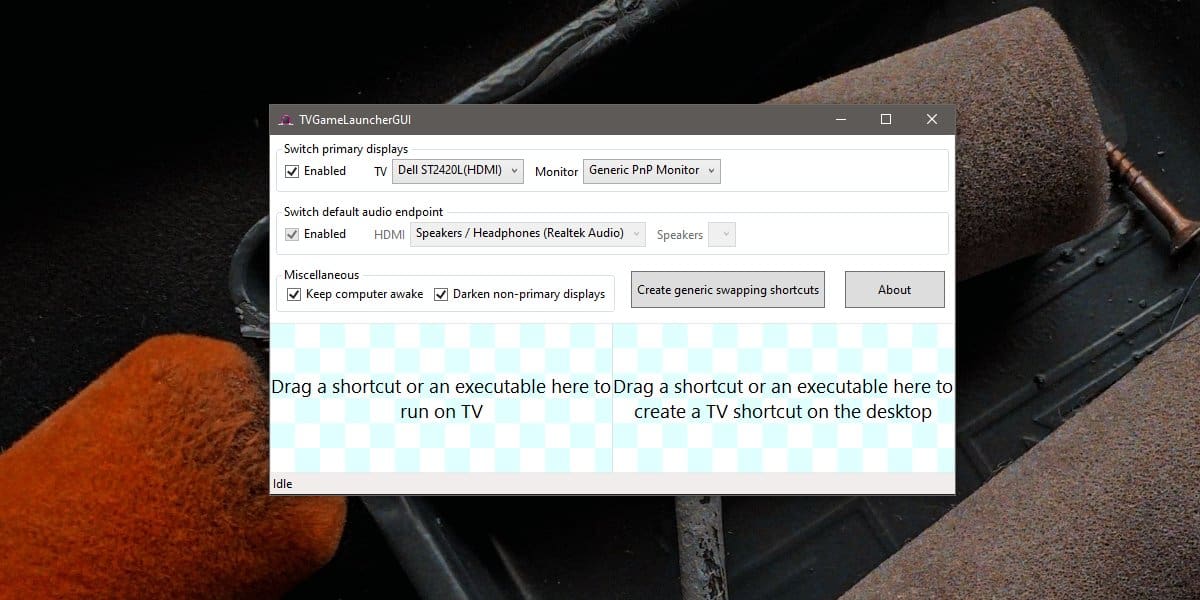 Once you’re done with all this, drag & drop the EXE for the app, or game on to the app. If you drop it onto the section on the left, i.e., the Run on TV section, it will run the app on the monitor that is set as the TV. If you drop it onto the ‘TV shortcut on the desktop’ section, it will create a desktop shortcut that, when run, will run the app or game on the TV monitor. 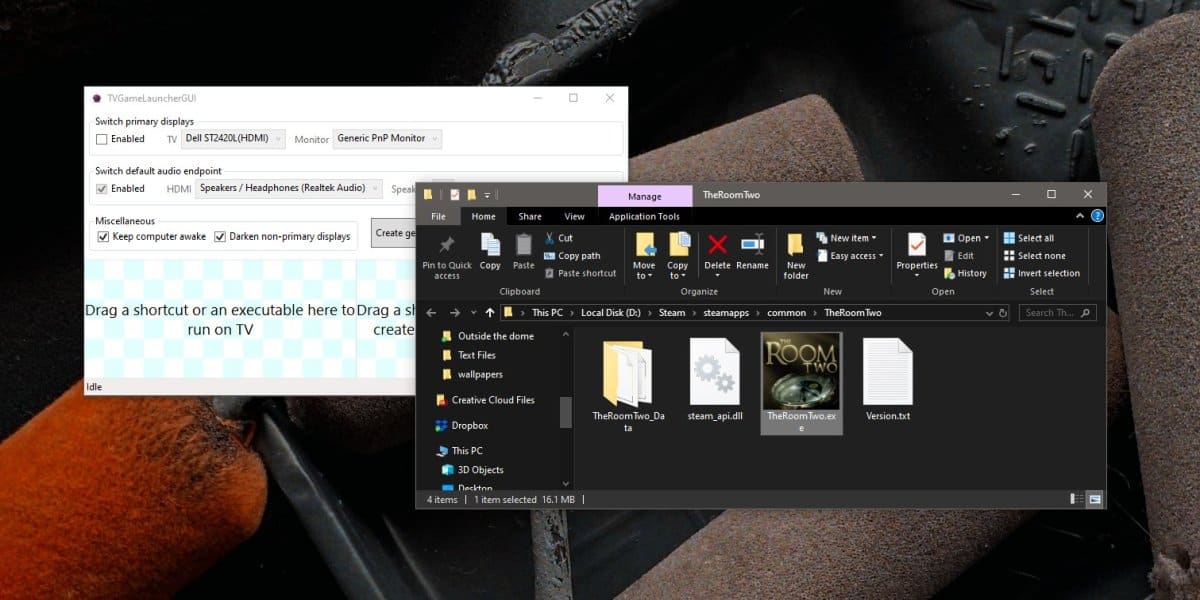 You need to run TvGameLauncher each time you want to run an app on a specific monitor but, creating a shortcut for it is a good way to streamline the process and skip this step. Remember which shortcut is for a particular app, and move your shortcuts to a folder to keep things tidy on your desktop. You can also pin shortcuts to the Start Menu, and group them together to keep it organized.

The app works really well; not once did it fail to run an app on the correct monitor. There were no side-effects; no change in screen resolution, the icons remained as they were, and no apps crashed. The transition was as smooth as you’d want it.