How to run apps in sandbox mode on Windows 10 Home

Sandboxing is a method for running apps or even entire operating systems in an isolated environment. They run inside a container that separates them from the OS the container itself is running in. Windows 10 Pro users running feature update 1903 (or later) can use the stock Sandbox mode that it now ships with but, Windows 10 Home users have nothing like it. That said, there are plenty of sandboxing apps available for Windows 10 and one of the best ones has recently gone free.

Sandboxie is an app that has been around for a long time so it not only works, it works well. Since it’s now free, it’s available for use to just about anyone. It’s only limitation is that it can only run Win32 or desktop apps, and not UWP or Modern apps.

Download Sandboxie and install it. The app is pretty small, and installation doesn’t take more than a few minutes. It will need to install an essential driver as part of the installation process.

Once installed, you can go through the six step introductory tutorial if you want. It is a simple to use app but it’s still a good idea to see how things work. Once you’ve gone through the tutorial, create a shortcut for the app that you want to run in sandbox mode on your desktop.

Open Sandboxie and drag & drop the shortcut onto the app’s window. You will see a box asking if you want to run the app in the default Sandbox, or outside it. The Default Sandbox is selected by default so just click OK on this window. If you want, you can also run the app with elevated/admin rights. 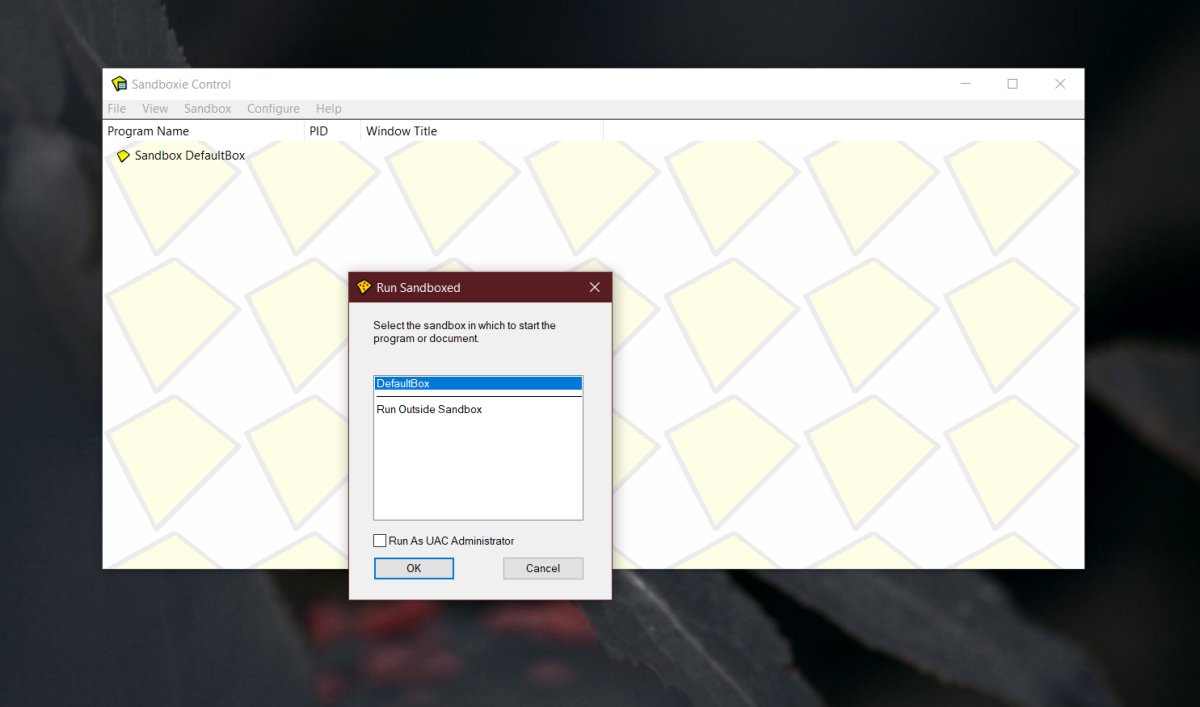 Sandboxie will show you the processes that are running for the app, and the app window will open with a yellow frame. You’re free to use the app like you normally would. 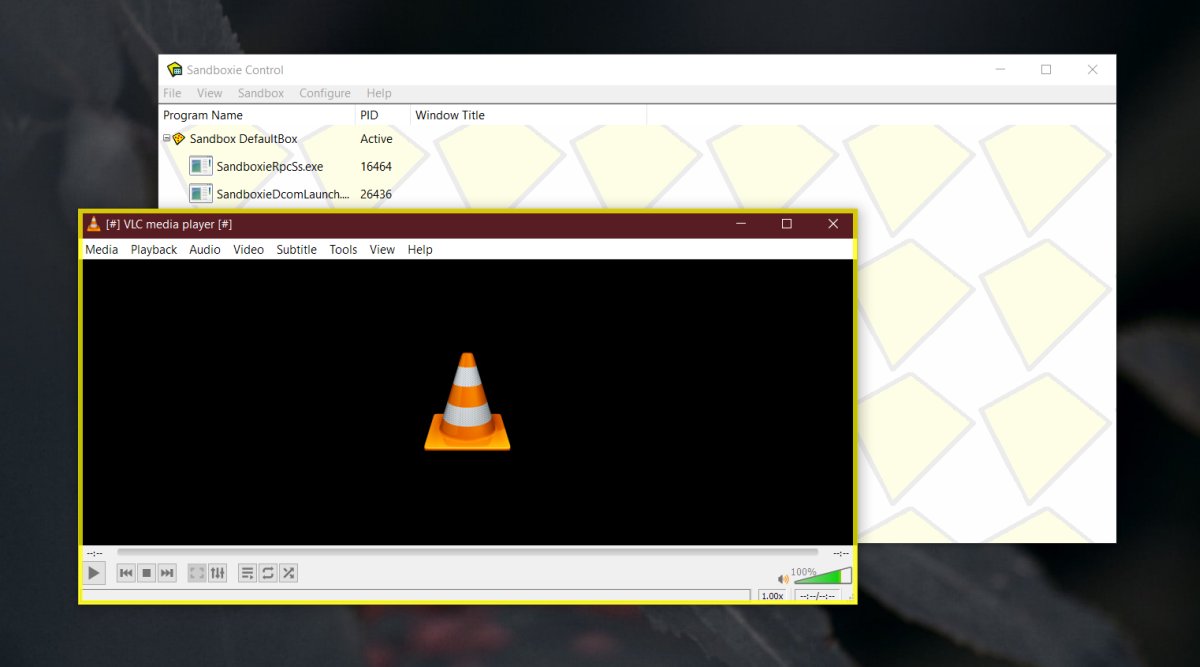 Sandboxie is an app that’s incredibly easy to use. If you click its system tray icon, you will find options that make it easier to select an app to run in sandbox mode. It’s light and unlike Windows 10 Pro and its Sandbox mode, Sandboxie doesn’t run an entire OS in order to run a single app. Instead, it runs only the app you choose making it much lighter.

If you want to run apps in sandbox mode on Windows 10 Home, this is one of the best options available. Not only is this app free, it’s been under development for years and is truly refined.