How to view battery percentage in system tray on Windows 10

If your laptop is running Windows 10, you very likely see a battery icon in the system tray. This icon indicates the state of your battery; charging, plugged in and charging, plugged in and charged, and discharging. These states are reflected by the icon. If you want to see just how much the battery is charged, you can hover the cursor over the battery icon and it will be revealed in a tool tip. If you want to view battery percentage in the system tray, without having to do anything, you need to install an app called PureBatteryAddOnSetup.

Download and install PureBatteryAddOnSetup. It runs in the system tray. If your system is plugged in or it’s on battery but the charge hasn’t fallen below 100%, you’ll see a full green bar. 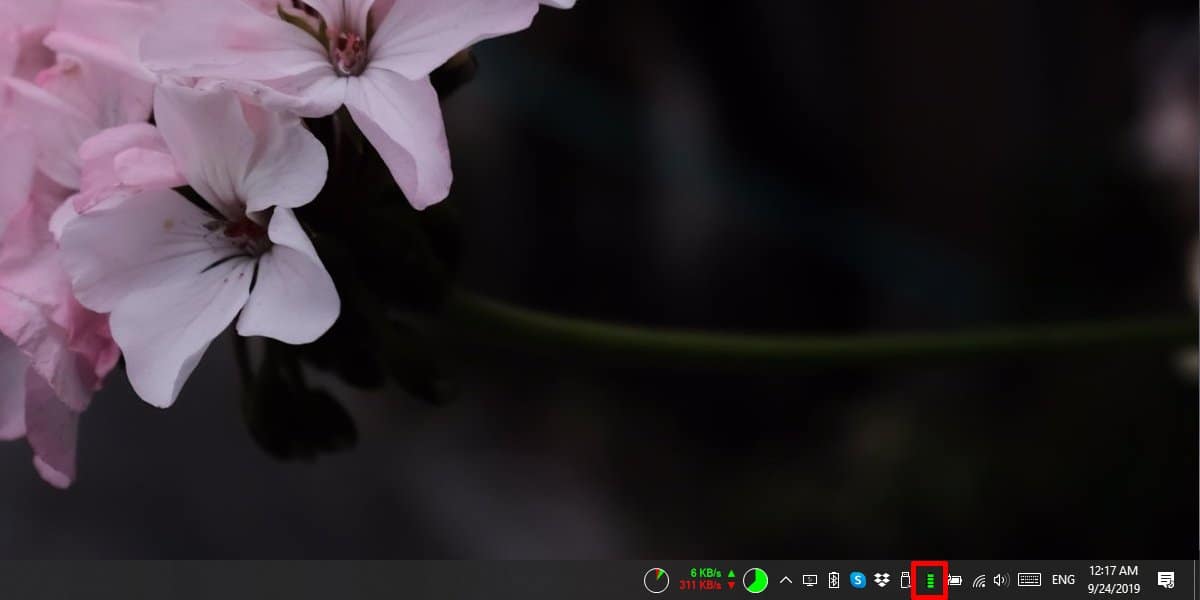 The second the charge falls below 100%, you’ll see the battery percentage in figures. It updates regularly so you’ll get an accurate idea as to how much battery is left.

If you plug you laptop in, and it needs to charge, the app icon will continue to show the battery charge percentage. It won’t indicate that the laptop is charging which is why it might be a good idea to keep the default battery icon visible in the system tray next to it. The app is great but there’s no way to customize it. The default text is the battery percentage is displayed in, is white and if you were to use Light theme on Windows 10, you won’t be able to read it. The white color is all you get so you’re going to have to use the dark theme for Windows 10 or this app is practically useless.

This app isn’t very old. In fact, it’s only a month old at this point so it’s possible that it will improve exponentially over time. It might even get a proper settings panel that lets you customize the look of the battery percentage. Subsequent updates may also add an option to change the font that’s used to display the battery percentage. The font that’s used right now isn’t the easiest to read, especially if a user has a vision impairment.

If you like the app and think the default battery icon is now redundant, you can drag and drop it onto the overflow menu and hide it.