How To Change When Messages Expire On Snapchat

Snapchat is an app built on the whole concept of missing out if you don’t engage it immediately. If you don’t see a message within a limited time frame, it’s gone. All your friends will be talking about it and you’ll be out of the loop. It’s either a limited time frame or the one-view policy that chat messages have. Snapchat is changing things a bit with chat messages. Users now have the option to allow the messages to have a one-time view limit or to allow the message to be viewed multiple times for 24 hours. Here’s how you can choose when messages expire on Snapchat.

This is a new feature available on both iOS and Android. This deals with the private chat messages that are exchanged between users. This is set on a per-person basis which means that you can allow some friends to view a message only once while allowing others to view it as many times as you want for 24 hours.

Open Snapchat and tap the chat button at the bottom left of your screen. Select a conversation from the list of conversations or start a new thread with a contact. Tap the hamburger icon at the top left and and on the chat settings screen, tap the Delete Chats option. 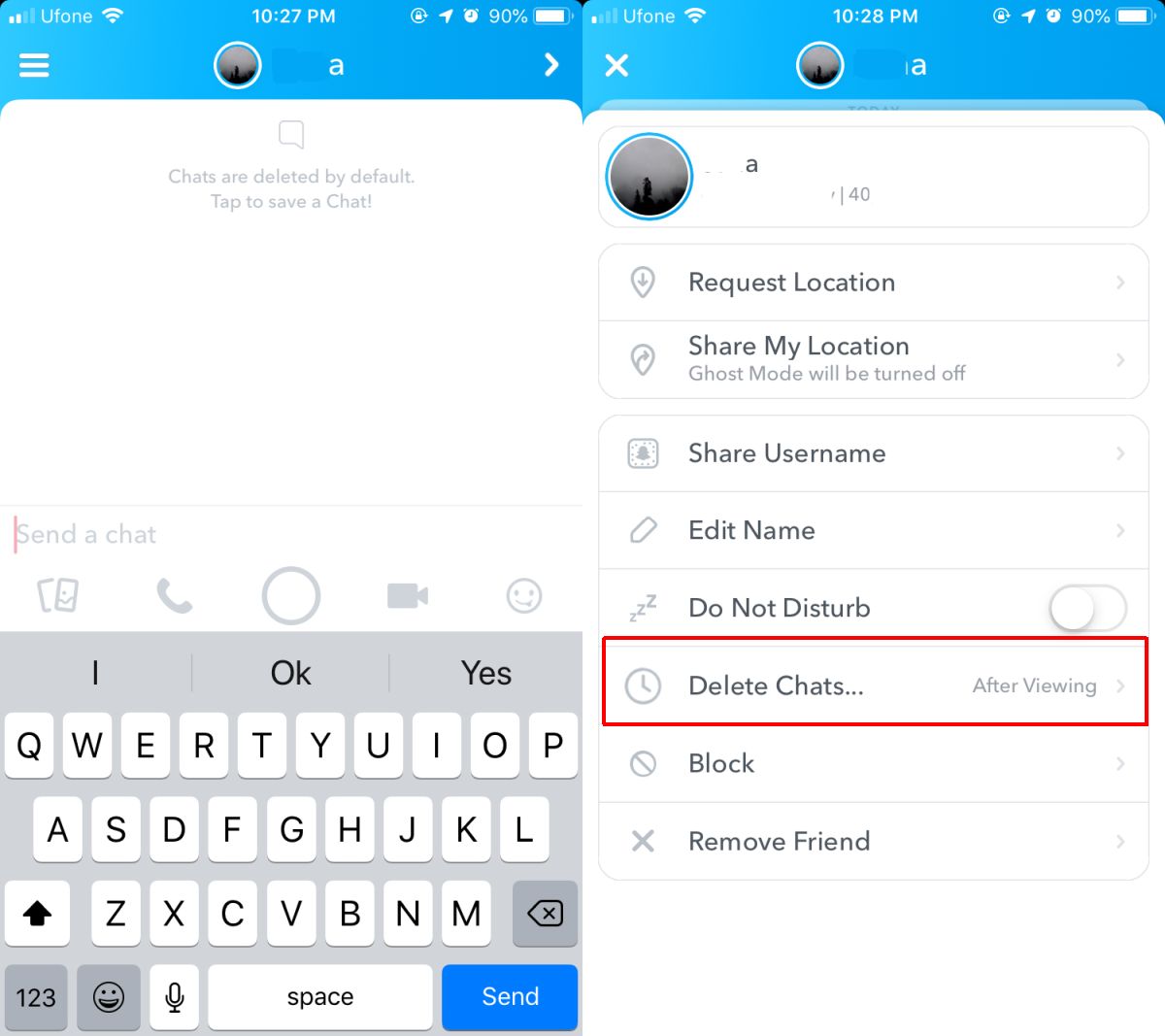 A menu will open with two options; After Viewing, and 24 hours after viewing. By default, the expiry for all conversations is set to After Viewing. The 24 hour option has to be changed manually. 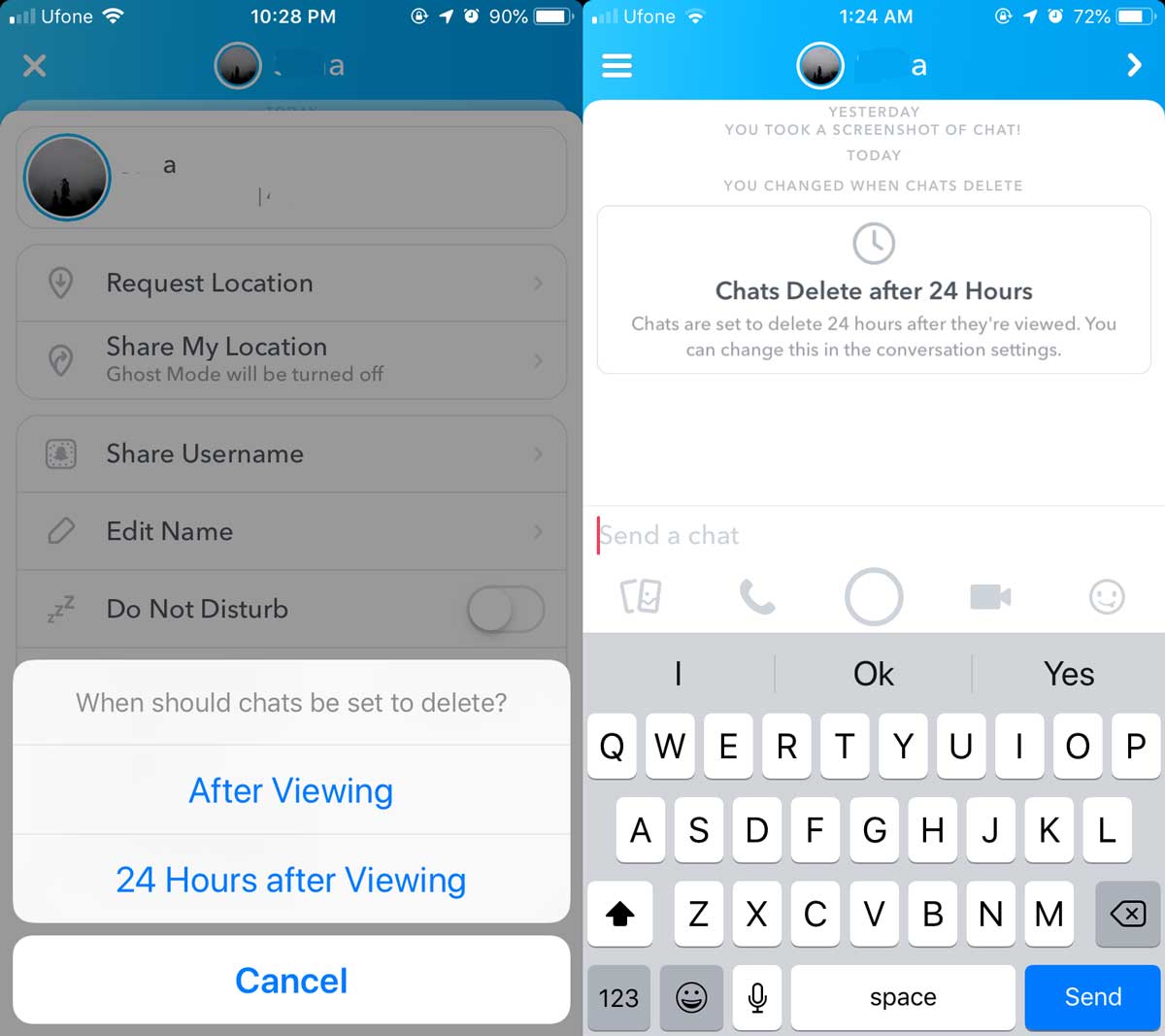 The 24 hour viewing period for a message starts after it has been viewed once. If a message hasn’t been viewed, you can always delete it. It’s not like posting to your story. Anything you post to your story expires 24 hours after you post it regardless of who has, and who hasn’t seen it. With chat messages, an unread message will not start the 24 hour countdown. Once a user views the message that you’ve sent, the 24 hour period will begin counting down.

When you change the message expiry time, your contact is alerted to the change.