Censorship isn’t limited to just the news that you see, or don’t see. It also limits how average people communicate and governments will clamp down mass communication channels when it needs to deal with dissent. Messaging apps are one of the first casualties of these clamp downs but given the power governments have, they can also limit connectivity services like internet for select areas, among other things. You’ve probably heard by now that Hong Kong has seen a series of continuous protests for well over a month and the protesters have had to get creative since they have to message without internet.

The solution is actually one that’s available to anyone and everyone that needs it; Bluetooth. There are apps that allow you to message using just the Bluetooth on your device which isn’t something the government can turn off. The app that’s being used in Hong Kong is called Bridgefy. It’s free and available for both iOS and Android.

Install Bridgefy on your phone. You can get the iOS app from the App Store and the Android app from the Google Play store. Once installed, you need to sign up via your phone number. The app will send a verification code to your phone number which you must enter. You also have to set up a nickname for yourself. 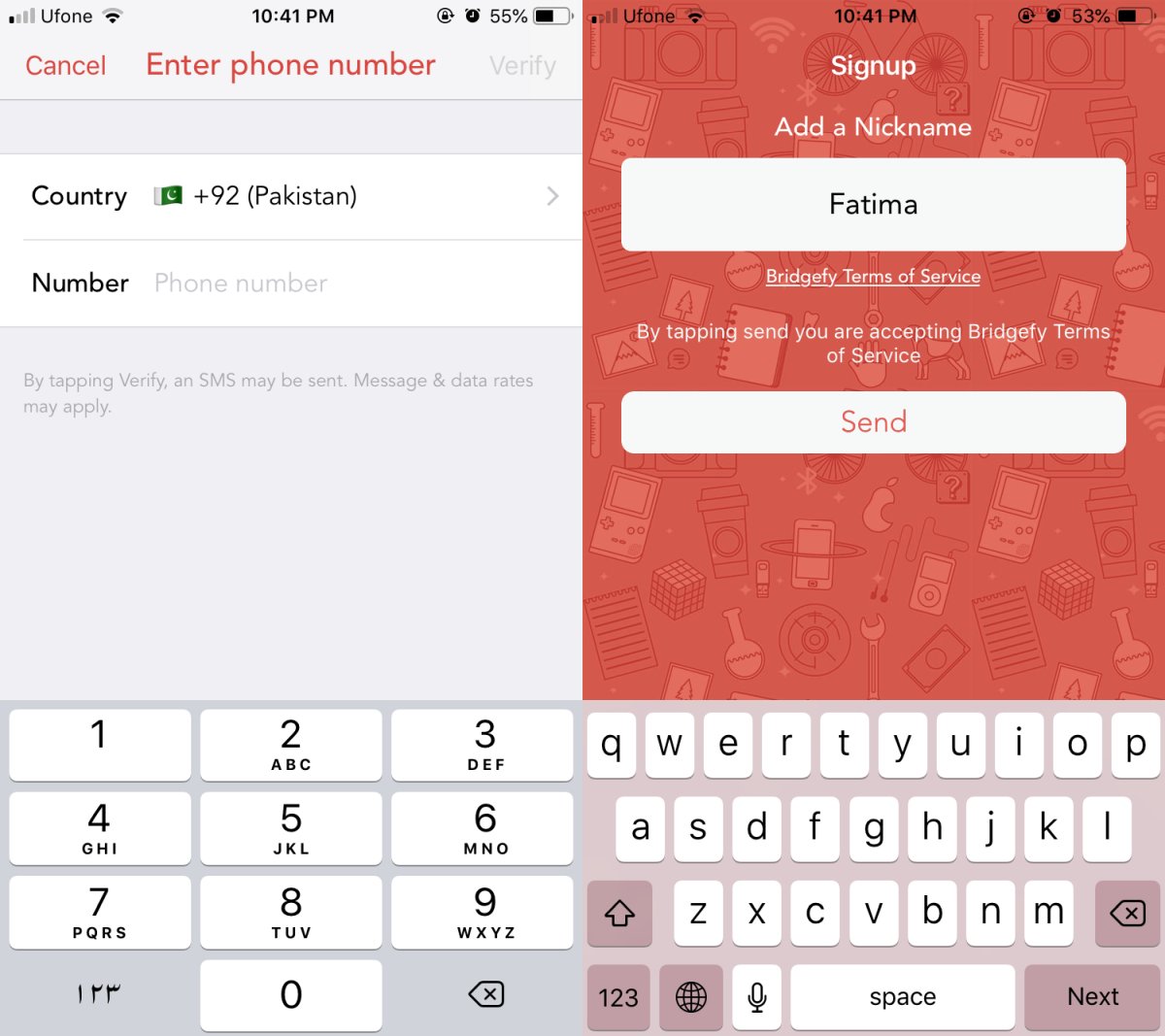 During set up, the app will ask if it can make data available to nearby Bluetooth devices. You must grant it this permission/access or the app will not work. It will also ask to access your contacts and it’s up to you to allow it to do so or not. 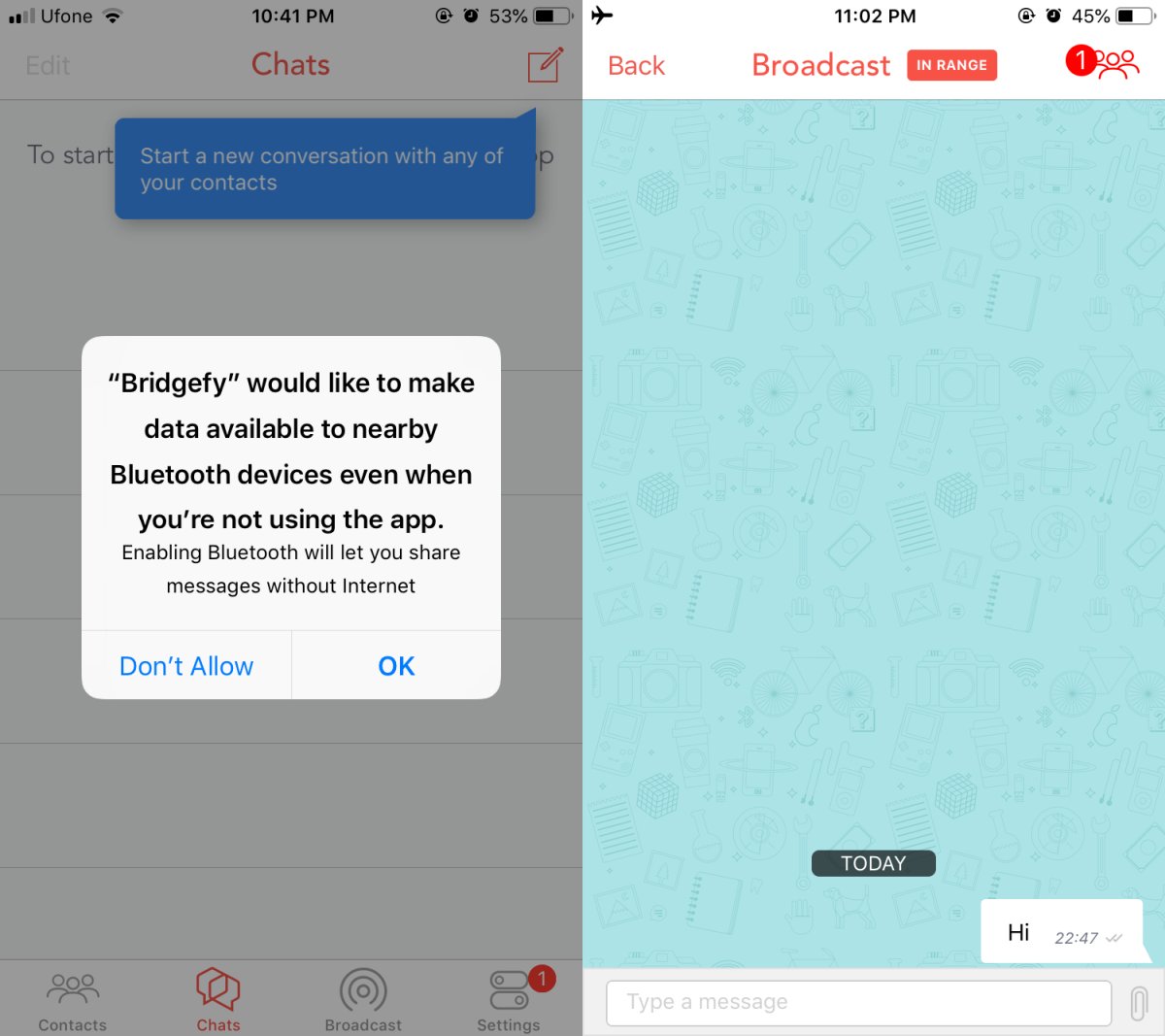 We tested the app out with two phones that were in close proximity and we tried the Broadcast feature. The Broadcast feature is like a common room where any message that you send is sent to and can be seen by everyone else who has the app installed and is in range. You can then choose to message anyone in the Broadcast room directly. Like any good messaging app, the other person first receives a request and when they accept it, the two of you can communicate. Both text based messages and images can be sent. 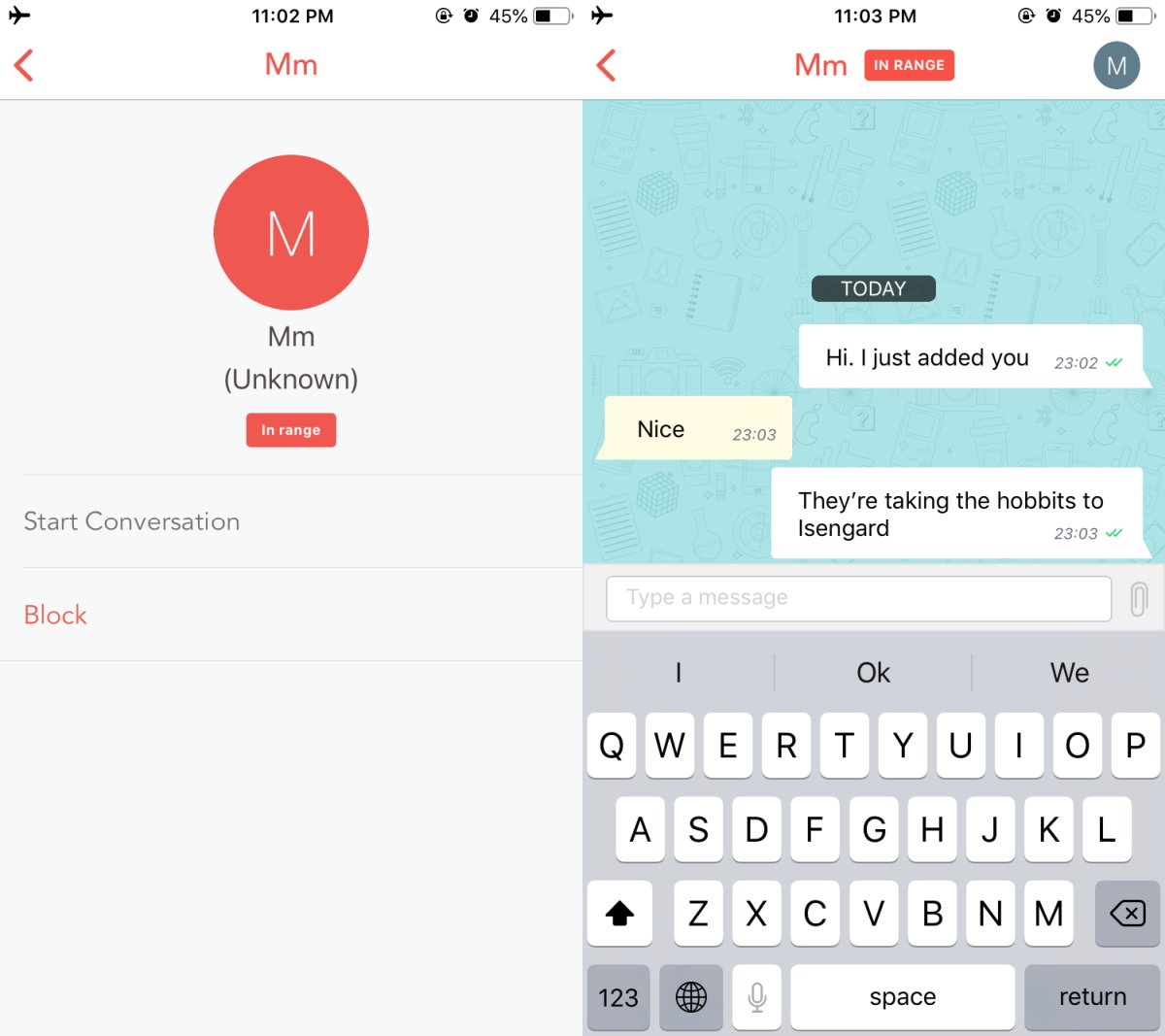 This app has a range of 330 meters which is a lot for a small area but you cannot use the app to message someone in a different city. This isn’t so much an app limitation as it is a limitation of Bluetooth and its range. If you’e wondering how the people in Hong Kong are using it for longer range communication, the answer is Mesh Networks. They’ve effectively created one by turning on Bluetooth on their devices. When a message is sent, it hops from the small network on one device to another until it reaches the right person.