The full potential of Siri Shortcuts is going to be realized in the coming months. The app itself is new for most users who have upgraded to iOS 12 and there is a bit of a learning curve involved with creating your own shortcuts. That said, users are already creating some great shortcuts that fix some annoyances in iOS. If you recall, in iOS 11, the Bluetooth and WiFi toggles in the Control Center no longer turned these switches off. Instead they simply disconnected your phone from all devices and/or networks. This means that to turn either one off, you have to go through the Settings app. The alternative is to turn Bluetooth and WiFi of with a Siri shortcut.

In order to turn Bluetooth and WiFi off, you have to import two different shortcuts; one for Bluetooth, and one for WiFi. If you want a shortcut that can turn them both off, check out the actions in both these shortcuts, and create a custom action of your own.

These shortcuts were created by Reddit user grapplerone. On your iPhone, tap the link to the shortcut you want to import.

When you tap on these shortcuts, the Shortcuts app will open with a ‘Get Shortcut’ button. Tap it to add the shortcut to your library. 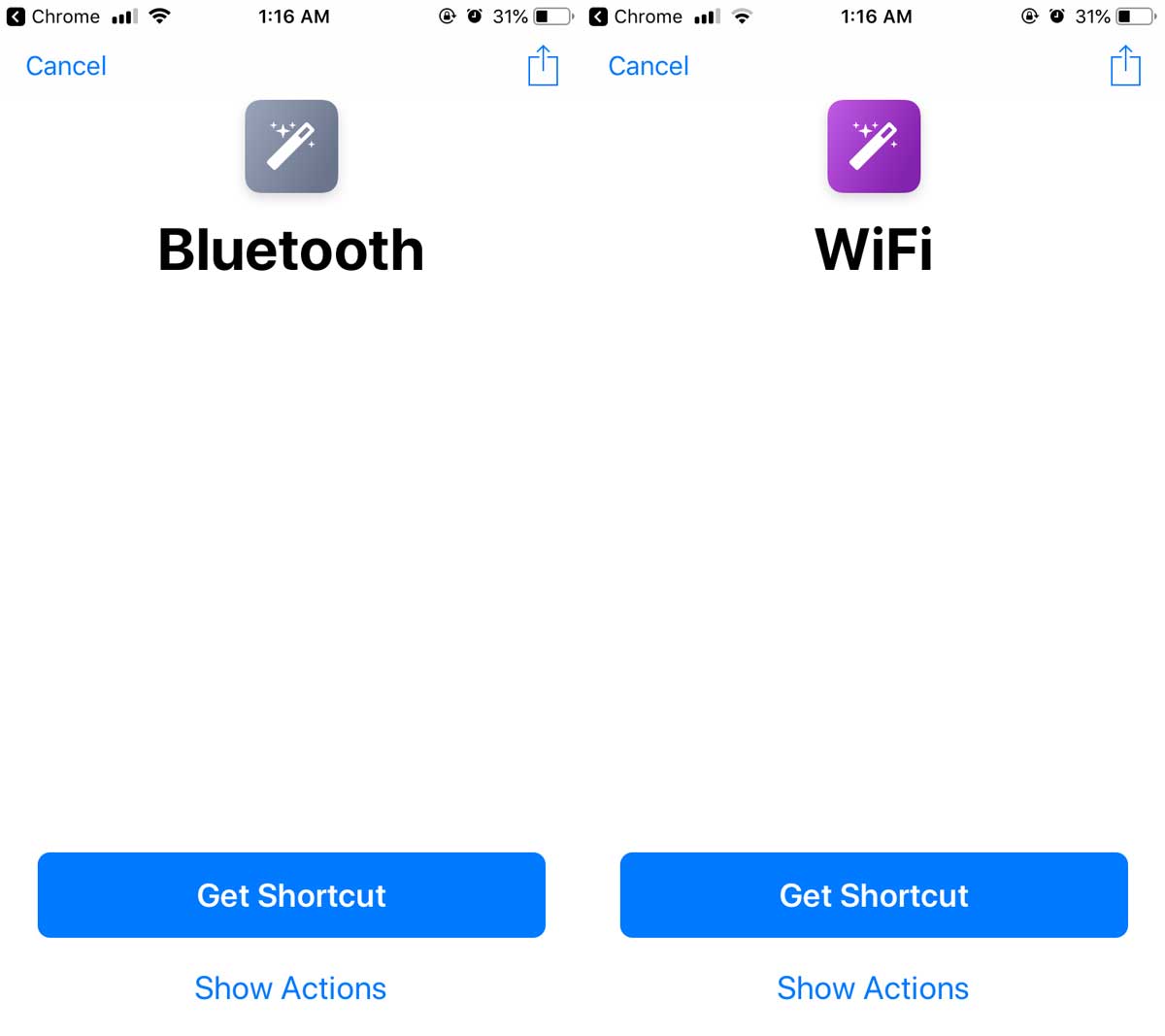 Both shortcuts can toggle the state of the respective switches they control i.e., you can turn Bluetooth On or Off, and likewise you can turn WiFi On or Off with the shortcut. When you run the shortcut, a menu will appear asking if you want to turn the switch On or Off. 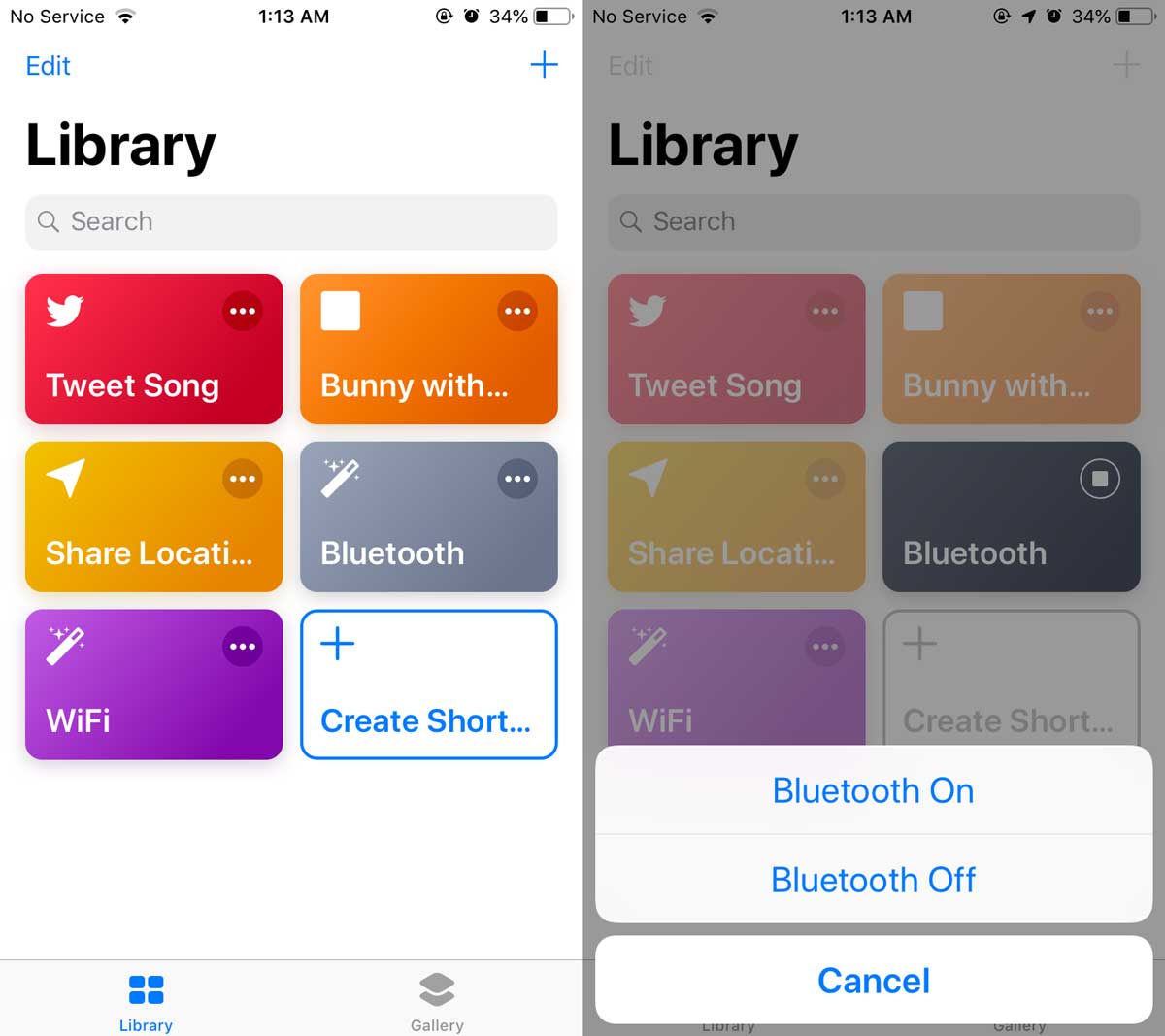 Tap the option you want to use, and the state of your WiFi or Bluetooth will change accordingly.

This is almost as easy as turning Bluetooth and WiFi off from the Control Center. If you’re using shortcuts on an older device like an iPhone 6, the shortcut will take a little while to execute but that’s to do with the old hardware running on considerably less RAM than iOS 12 is designed for. Still, the time it takes to complete the action isn’t long enough to make the shortcut inconvenient to use.