How To Use Google Maps In Siri Shortcuts On iOS 12

Apple Maps has improved quite a bit since it was first introduced but it’s not yet ready to rival Google Maps. Apple has grown somewhat flexible about allowing users to use Google Maps over its own Maps app. You can now, for example, use Google Maps in CarPlay. It stands to reason that you should also be able to use Google Maps in Siri Shortcuts that require getting directions, or anything similar.

While you can use Google Maps in Siri Shortcuts, some users may not see the option to use it instead of Apple Maps even though the Google Maps app is installed on their iPhone. If that’s the case, the fix is pretty simple. 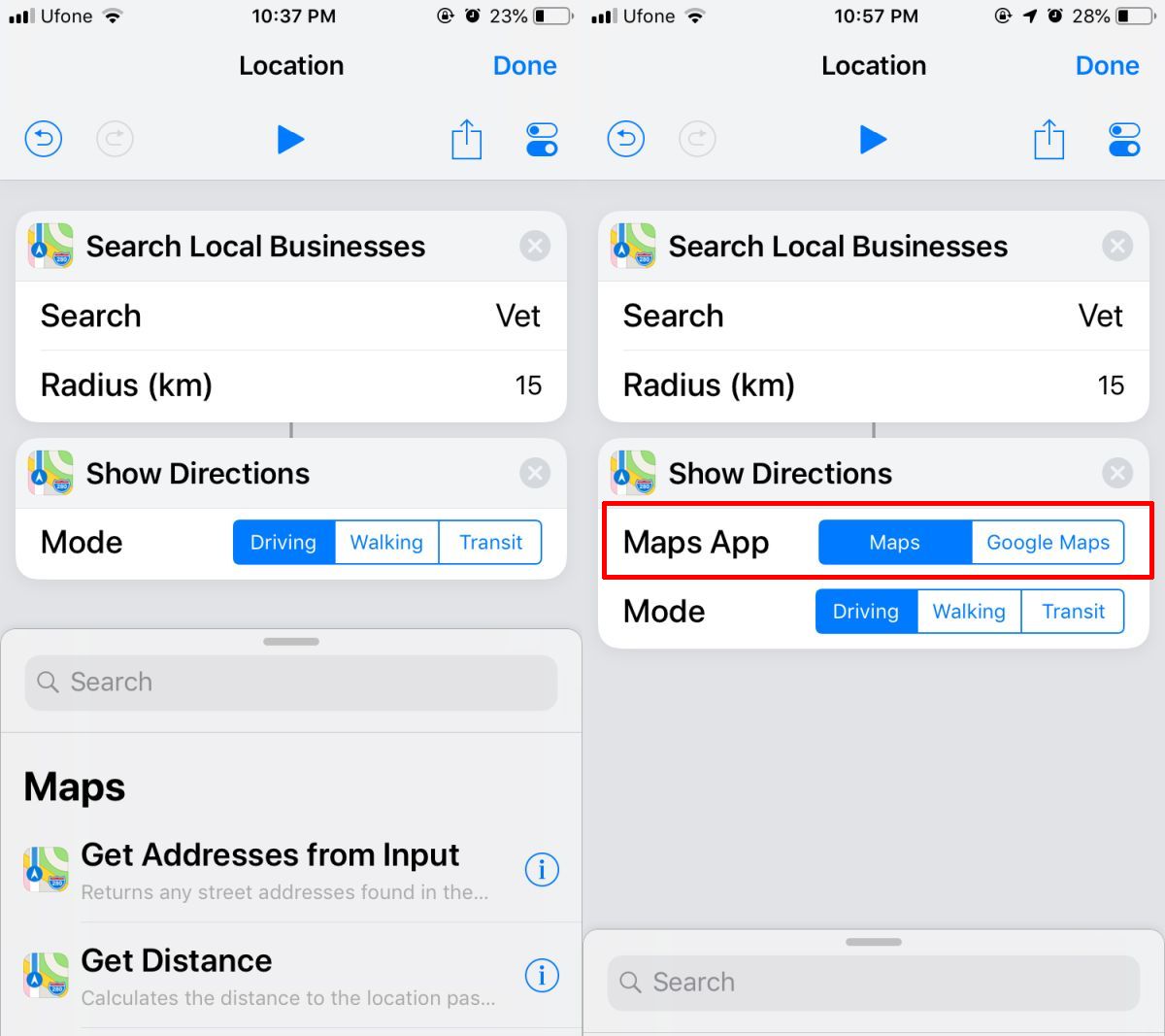 After you install Apple Maps on your phone, you will see a Maps App option for actions that allow you to use other, third-party map apps. For some actions, such as getting your current location or looking up a local business, there doesn’t seem to be an option to choose which app is used to look up the information which is a shame. Google Maps has an exponentially better business listing than Apple Maps does.

You need to keep the Apple Maps app on your phone even if you never use it. Once you install it again, you will notice that you get more map and location related actions to use in a shortcut in the Shortcuts app.  This is very likely because iOS still relies to some degree on the official Maps app to work with location data. It might be able to send information to a third-party maps app but in order to do that, it needs an intermediary to carry the message and that’s what the Maps app is.

This holds true for other map apps that you might want to use in a Siri Shortcut. For example, if you want to use Waze instead of Google Maps, you need to have the Apple Maps app installed on your phone in addition to the Waze app.