Are you a Debian Linux user? Can’t use the Sudo command and don’t know why? We can help! Follow along with this guide as we show you how to add users to the sudoers file in Debian! 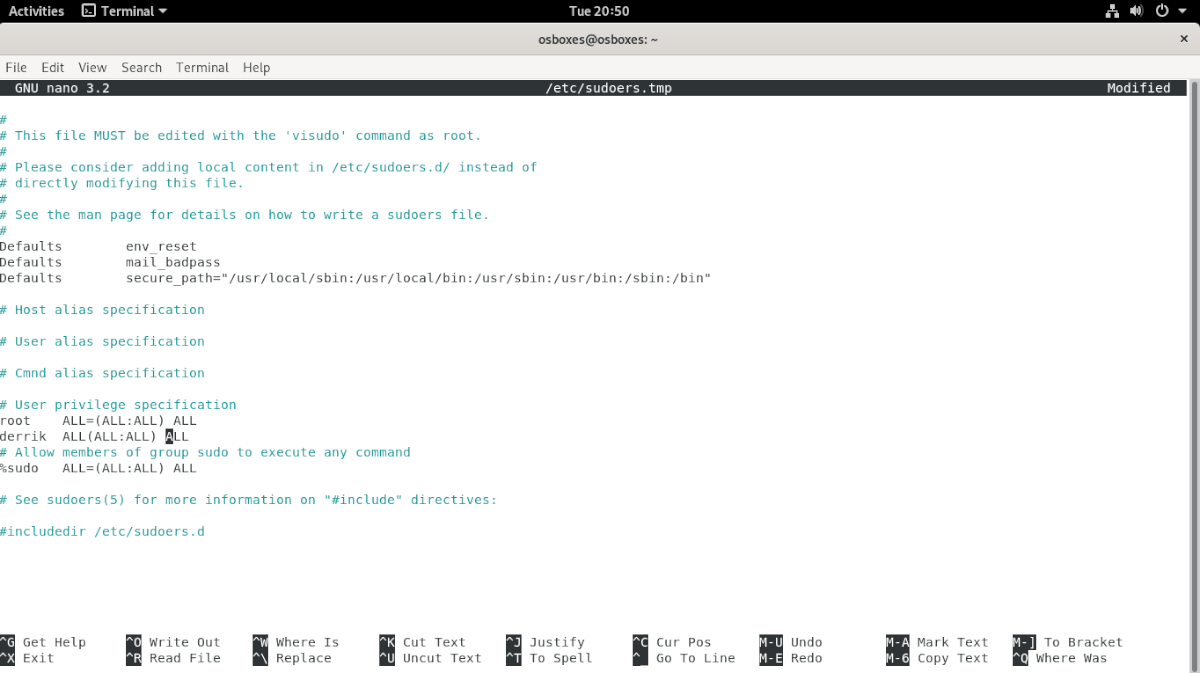 This tutorial will be walking you through how to add users to the Sudoers file on Debian Linux. Unlike many other Linux operating systems, Debian does not set up Sudo for the user during the installation.

The easiest way to gain Sudo access for a user on Debian is to completely ignore adding users to the Sudoers file via the group management tools and instead manually editing the Sudoer file, specifying a particular user and giving them full permissions.

To start adding a single user to the Sudoers file on Debian, open up a terminal window. Once the terminal window is open, you will need to log into the Root account. The reason? The root account is required to modify system files, including sudoers.

Once your terminal window is open, you can access the root account on Debian by executing the su command in a terminal. Keep in mind you will need to remember the root password set during the Debian installation process.

After logging into the root account in the terminal on your Debian PC, you’ll need to open up the Sudoers file for editing purposes. The Sudoers file is located in the /etc/ directory (/etc/sudoers). However, you should never edit the file directly. Instead, you must use the visudo command.

Note: in this guide, we’re using the Nano editor as it is approachable and easy to use for most Linux users. If you do not like Nano, feel free to change “nano” in the command below to something else.

Once the visudo command has been executed, the Nano editor will open up the Sudoers file on your Debian Linux PC. From here, use the Down Arrow key to locate the specific line “## User privilege specification“.

Under that line, you should see “root ALL=(ALL) ALL.” This code tells Debian that the Root account can use Sudo. You’ll need to replicate this line for your own user to give it Sudoer privileges.

In the Nano editor, underneath “root ALL=(ALL) ALL” create a new line, and write in the line below. Keep in mind you will need to change “user” to your username to access Sudo in Debian.

Once you’ve written out the Nano text editor’s line, the Sudoers file must be saved. To save it in Nano, press the Ctrl + O button combination on the keyboard. Press Ctrl + X to exit.

On Debian, if you don’t want to add users individually, the operating system also allows users to give any user account Sudo access simply by adding them to the sudo group. Here’s how to do it.

Now that the terminal session is logged into the root account, you’ll need to run the grep command to determine if the “sudo” group exists on your Debian Linux PC. 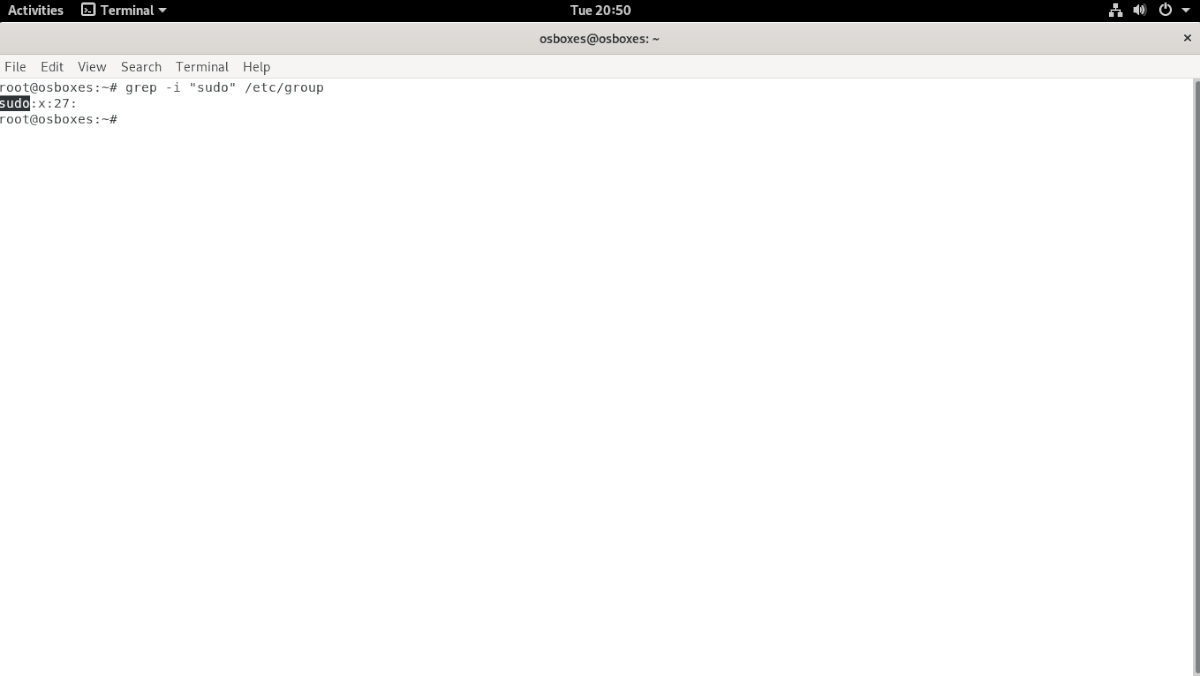 After creating the new group, re-run the grep command to confirm it’s there.

When you’ve confirmed that the sudo group is there, you can use the usermod -aG command to add existing users to the group. By adding users to this group, they’ll be able to execute sudo commands on Debian.

Note: be sure to re-run the usermod command below as many times as needed to give users access to sudo. 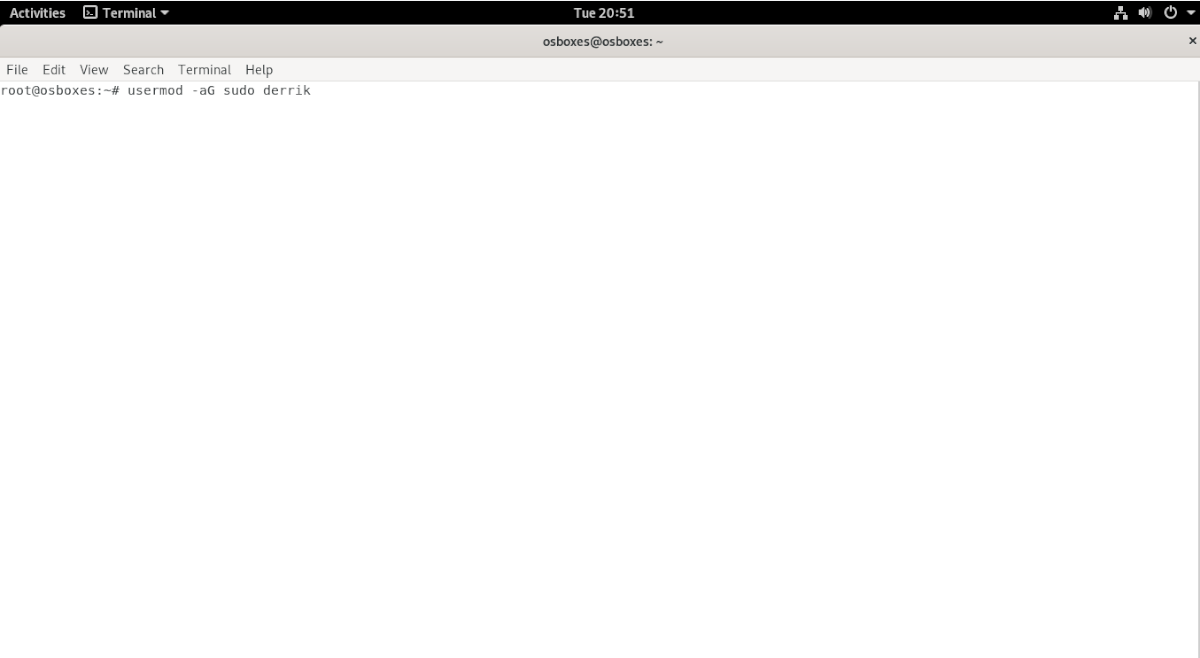 After removing the user from the group, they will no longer have the ability to execute sudo commands in Debian.