Are you an avid Ubuntu Linux user trying to figure out what version of the operating system you are using? If so, this guide is for you. Follow along as we demonstrate ways to check the Ubuntu version! 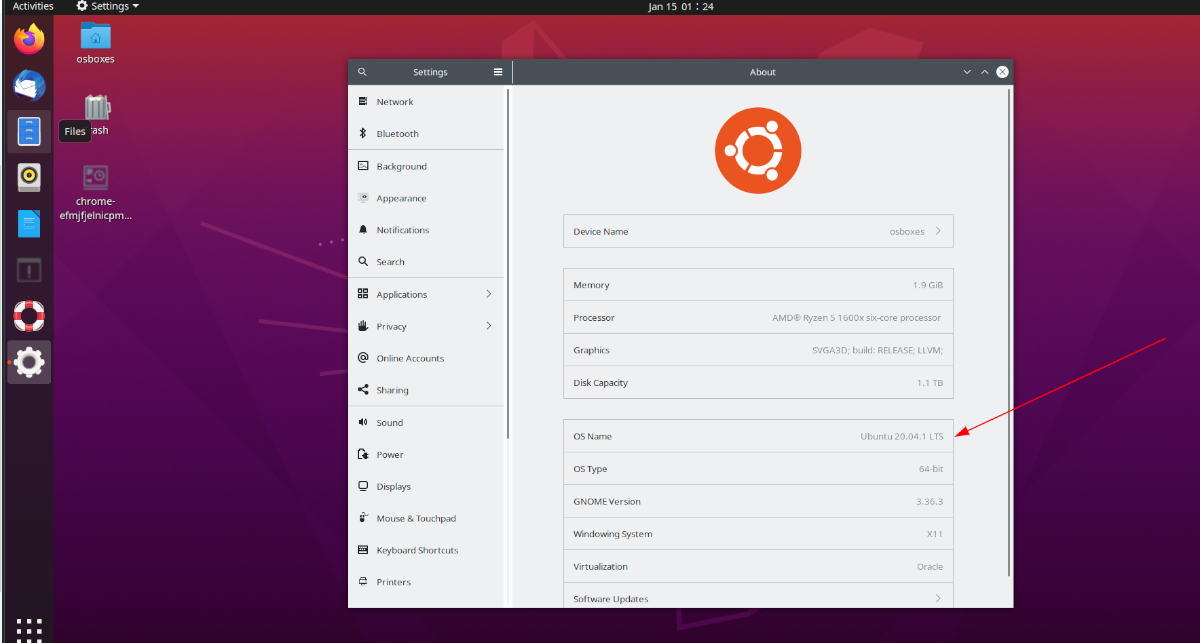 If you’re using the default Ubuntu desktop environment (Gnome Shell 3), the best way to check your Ubuntu version is with the built-in Ubuntu System Info application. To access the Ubuntu system info area on your PC, start by pressing the Win key on the keyboard.

When you press the Win key on your keyboard, the Ubuntu desktop will go from “Desktop” mode to “Overview” mode. In this “Overview” mode, you will see all open windows, your favorites bar on the left, and a search box.

Click on the search box with the mouse. Then, type in “About” in the search. After typing out “About,” the Ubuntu desktop should return some search results. Under the “Settings” area of the search results, you should see “About View information about your system.”

Click on “About View information about your system” with the mouse. Doing this will open up Ubuntu’s system info area. In here, there is a lot of information. To check the Ubuntu version, find “OS Name.”

Save info for later

Do you want to save the Ubuntu version information from the Ubuntu system info area? Do the following.

Step 1: Locate the PRNT SC button on the keyboard (it may also say PRNT SCRN or some other variation) and press it to take a screenshot of the Ubuntu system info area.

While the Ubuntu system info is pretty great, it’s only available on the Gnome version of Ubuntu. If you’re using an alternative flavor of Ubuntu such as Mate, KDE, XFCE, or others, you’ll need another option.

However, before we can go over how to use Neofetch to check the Ubuntu version, we must go over how to install the program. The reason? Neofetch doesn’t come pre-installed on any mainstream Linux operating system.

To install Neofetch on your Linux PC, start out by opening up a terminal window. Once the terminal window is open, follow along with the command-line installation instructions below. 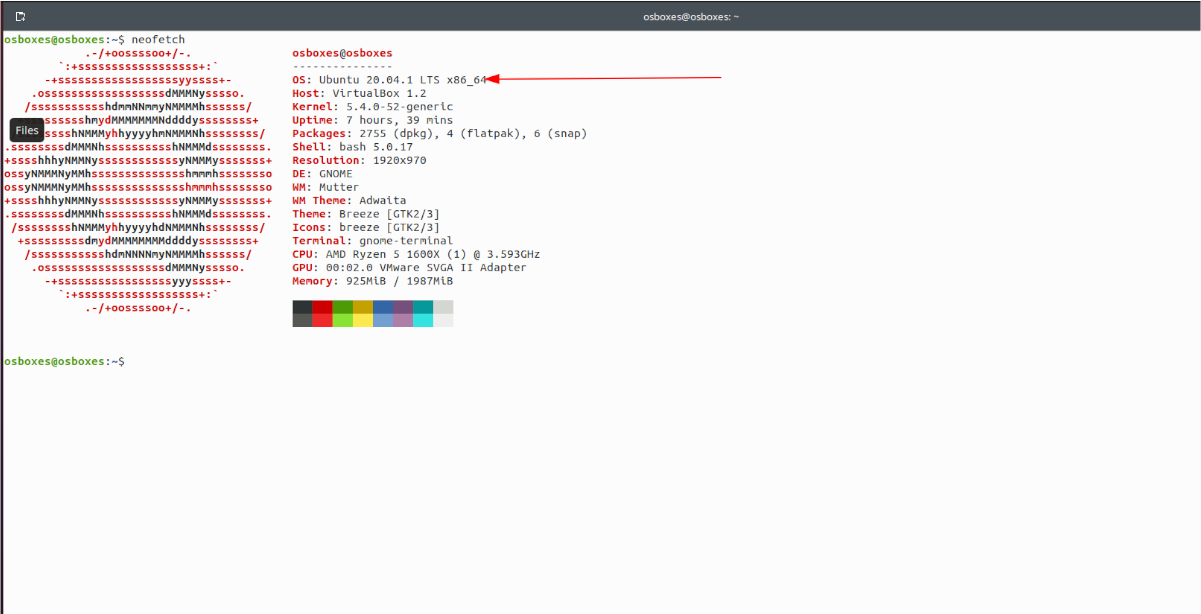 Inside the ASCII output, there is a lot of system information available for viewing. Look to the top line of the Neofetch ASCII output for “OS”. In this “OS” area, you will see the Ubuntu version.

To view the Neofetch text file, make use of the cat command in a terminal window.

A third way you can find out your Ubuntu version is with the Hardinfo tool. Hardinfo shows many detailed system information such as RAM usage, network info, and much more. It can also show your exact Ubuntu version. Here’s how.

First, ensure you have the Hardinfo app installed on your Linux PC. To install it, open up a terminal window and execute the commands below that correspond with the Linux OS you currently use.

With Hardinfo installed, launch it by searching for “System Profiler and Benchmark” in your app menu. Or via hardinfo in the terminal.

Inside the Hardinfo application, find the “Computer” tab on the left in the list and click on it. When you select this button, you will see a summary of your computer, including your Ubuntu version in the “Operating System” area. 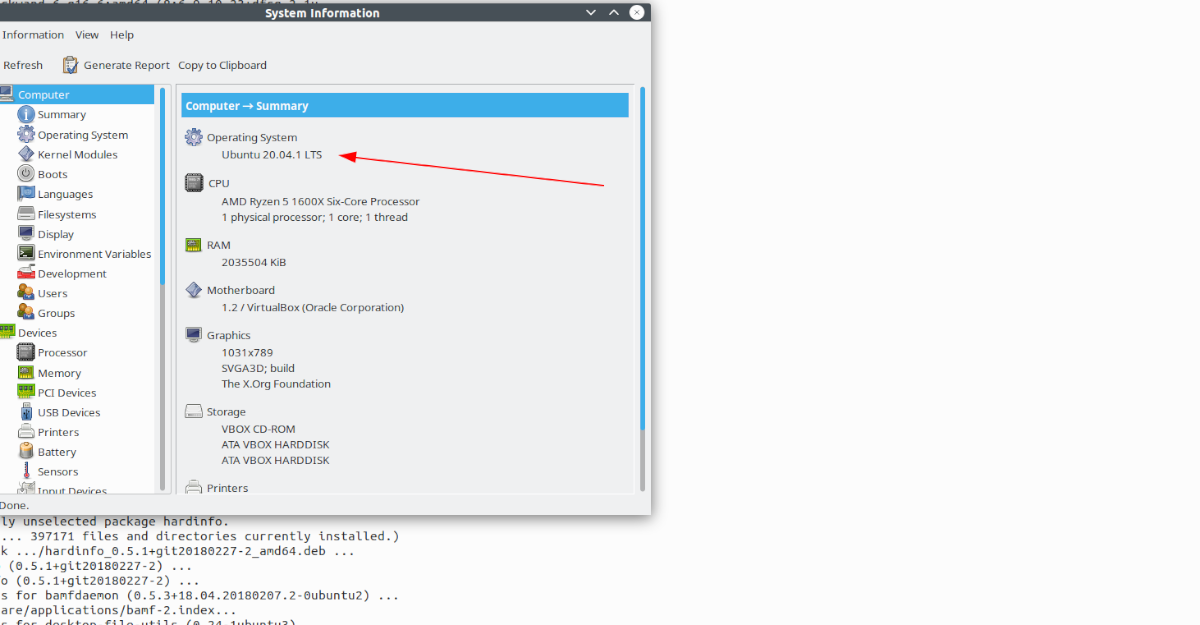 Want more information about your Ubuntu PC. In the Hardinfo app, click on the “Operating System” button under “Computer.” You’ll be able to see even more detailed info, including kernel versions, etc.