Microsoft’s encryption technology for Windows is known as Bitlocker. It’s great technology that, when used on a partition, can protect your privacy. However, if you’re using Linux alongside Windows, you may be disappointed to know that there isn’t any support for Bitlocker partitions out of the box on most modern Linux-based operating systems. Instead, if you want to access Windows Bitlocker partitions in Linux, you must use the third-party tool Dislocker.

Dislocker does not come pre-installed on any Linux distribution. So, before we get into how to use this software, we must demonstrate how to install it.

To install the Dislocker software on Linux, open up a terminal window by pressing Ctrl + Alt + T or Ctrl + Shift + T on the keyboard. Then, from there, follow the command-line instructions outlined below that match your Linux operating system.

If you’re on Arch Linux and want to use Dislocker, you must install the software directly from the Arch Linux User Repository (AUR). To start the installation process, install both the Git and Base-devel packages using the Pacman command.

After you’re done installing the packages, use the Git command to download the Trizen AUR helper and install it. Trizen will make setting up Dislocker much more straightforward, as it will automatically collect and install all dependencies automatically.

Once the files are finished downloading, use the CD command to move the terminal session into the “trizen” directory.

Compile the Trizen app with the makepkg command.

When Trizen is set up on your Arch Linux system, you can use it to install the Dislocker application.

Dislocker is not available to users on OpenSUSE Linux, sadly. If you’d like to install the app, consider downloading the Fedora RPM package here. Or compile the source code located here.

Now that Dislocker is installed on your Linux PC, we must set it up. To start, create a new mount folder where the Bitlocker partition will be accessible when the decryption process is complete.  Using the following mkdir command, create the “bl-mount” folder.

Once both folders are in the media directory, you can check to see if the folders are where they are supposed to be by moving into the directory with CD and running the LS command to view the contents of “media.” 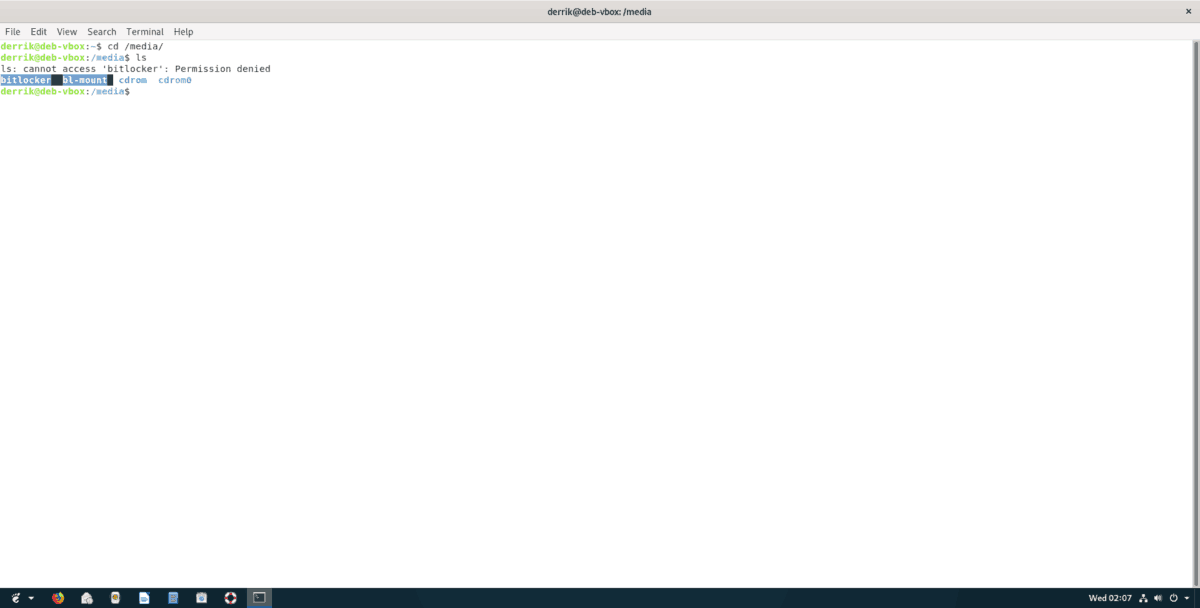 Step 1: run the lsblk command to find the partition label of your Bitlocker Windows partition. In this example, the partition is /dev/sdc1. Yours may differ.

Need help finding out what your Bitlocker Windows partition is? Follow our guide on how to find hard drive information on Linux for help.

Step 2: Using the dislocker command, decrypt the partition. Keep in mind that /dev/sdc1 is an example. Please make sure to change it to the actual partition label of your own Bitlocker Windows partition or the command will not work. 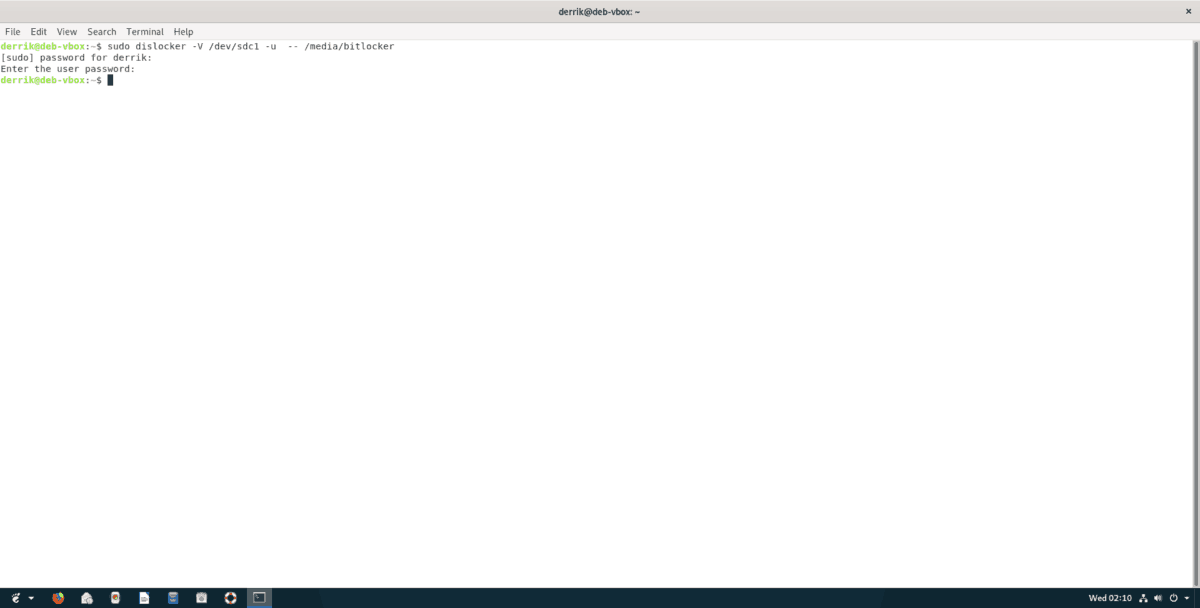 Step 3: After entering the command from Step 2, some text will appear that says, “Enter the user password.” Enter the password for the Windows account you used to encrypt your partition and press the Enter key to continue.

Step 4: Using the dislocker command, mount the Bitlocker Windows partition in the /media/bl-mount folder. Please understand that if the filesystem is dirty, the Dislocker software will automatically mount your partition in “read-only” mode. To fix the read-only issue, a chkdsk must be run on the drive. 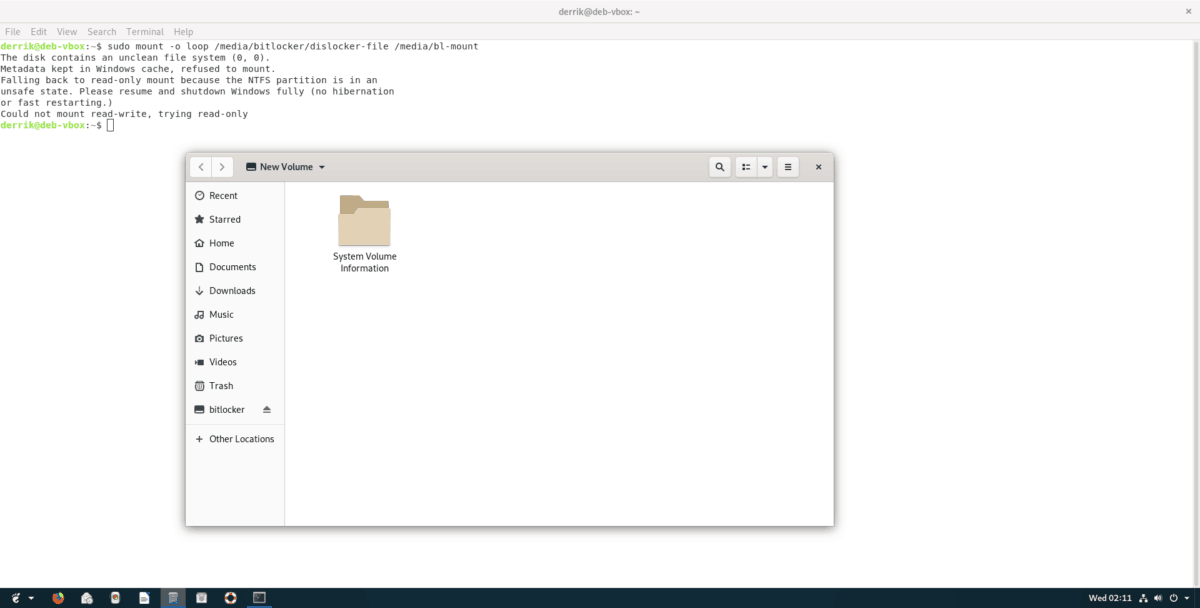 Unmounting a Bitlocker encrypted Windows partition on Linux isn’t as simple as specifying the partition. Instead, you must unmount the mount folder that the partition is loaded to.

Note: be sure to close all files, folders, programs or applications on the Bitlocker Windows partition before attempting to unmount it or you may experience data loss.

To unmount the partition, use the umount command.

If the partition refuses to unmount, try using the “-f” command-line switch.