How to check CPU temperature on Linux

No Linux distributions currently come with Lm_Sensors, so before we go over how to use it, we must demonstrate how to install the program on your Linux PC. To start the installation, open up a terminal window by pressing Ctrl + Alt + T or Ctrl + Shift + T on the keyboard. From there, follow the command-line instructions down below that correspond with your Linux operating system.

On Ubuntu, the Lm_Sensors application is easily installed with the Apt command below.

Using Debian Linux? You’ll be able to install the program with the following Apt-get command.

The Lm_Sensors application is available to Arch Linux users in the “Extras” software repository. Ensure that “Extra” is enabled on your Arch system. Then, use the following Pacman command to get it set up.

To install Lm_Sensors on Fedora Linux, use the Dnf command below to set up the program on your system.

Officially, OpenSUSE does not carry the Lm_Sensors application. However, it should be possible to install the Fedora Linux Package.

Warning: the Fedora version of Lm_Sensors may not work on OpenSUSE Linux. Try this method at your own risk!

After installing the Lm_Sensors application, the initial setup process isn’t done. Before using the app, it must be set up to work with the hardware sensors on your computer. To start the configuration process, go to the terminal window and gain root access with the su or sudo -s command.

With root available, run the sensors-detect command in the terminal, and the initial configuration process will begin.

The first screen that appears in the sensor configuration process says, “Some south bridges, CPUs or memory controllers contain embedded sensors. Do you want to scan for them? This is totally safe”. Write out “Yes” in the prompt to begin.

After selecting “YES,” the next question will appear. This question states, “Some Super I/O contain embedded sensors. We have to write to standard I/O ports to probe them. This is usually safe. Do you want to scan for Super I/O sensors?” Once again, choose “Yes” to allow Lm_Sensors to scan.

When Lm_Sensors is done asking questions, the configuration is complete. 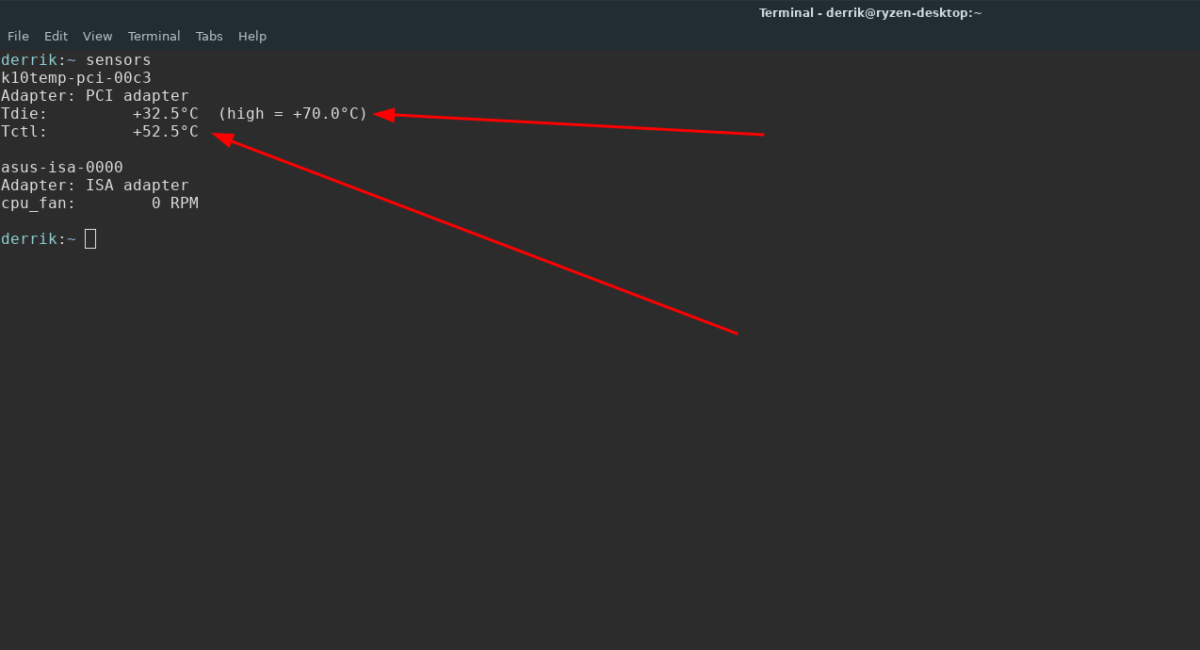 Alternatively, if you’d like to save your CPU temperature readout to a text file to read for later, run the sensors command and redirect it with the “>” symbol.

Another great way to check CPU temperatures on Linux is with the Psensor tool. It’s a graphical application that can show various sensor statistics in an easy to read interface.

To start the installation of Psensor on Linux, open up a terminal window by pressing Ctrl + Alt + T or Ctrl + Shift + T. Then, once the terminal window is open, follow the command-line instructions below that correspond to the Linux OS you use.

There’s no package for Psensor available on OpenSUSE. Instead, try installing the Fedora Linux version but, use it at your own risk! 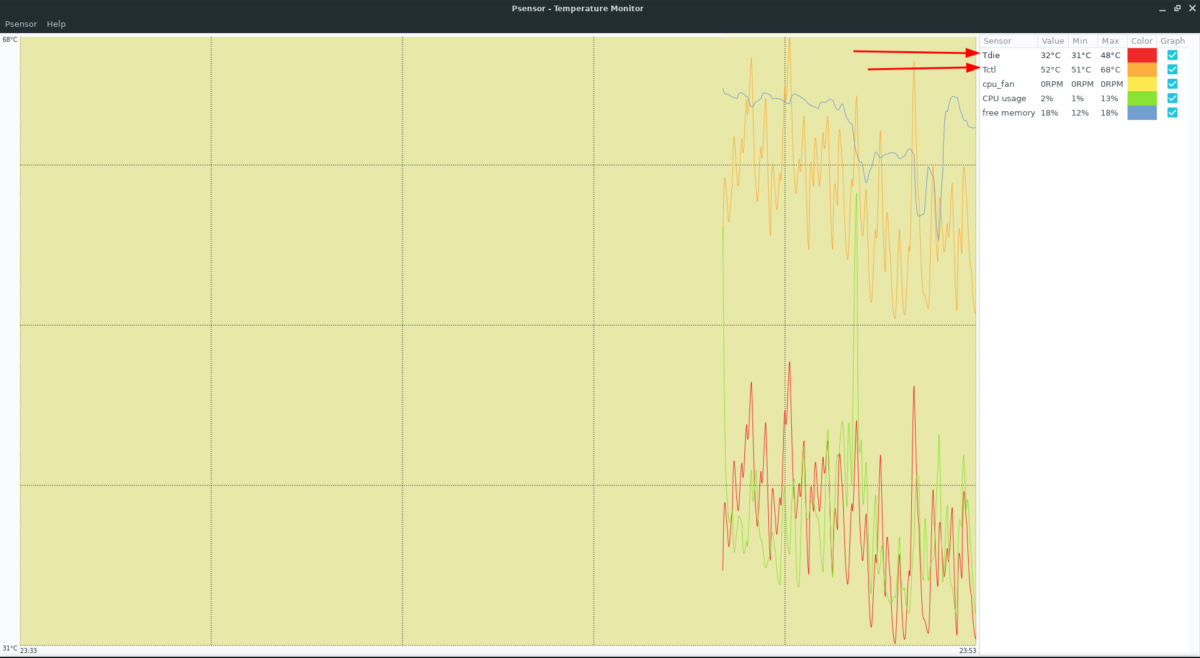 The Psensor application, once installed, doesn’t need any configuration (outside of setting up Lm_Sensors). To check the temperature of the CPU on your computer, open up the app, and look to the column on the right for CPU temperature information. 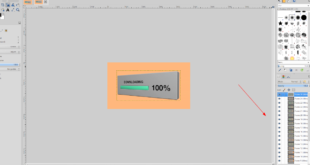