How to get Minecraft Beta on Windows 10

Public betas have become quite a popular concept. When a product has a large user base, and that user base has an active interest in helping to improve the product, a public beta can be exceptionally helpful. For one, it allows the beta software to run on all types of devices which isn’t something that can be done in-house. Minecraft has a public beta as well. Users can join the beta program whether they’re running the Java version or the UWP one for Windows 10. Here’s how you can get  Minecraft beta on Windows 10.

Getting the Minecraft beta on Windows 10 requires you to install an app called the Xbox Insider Hub. Go ahead and install it, and then sign in with your Microsoft Account. 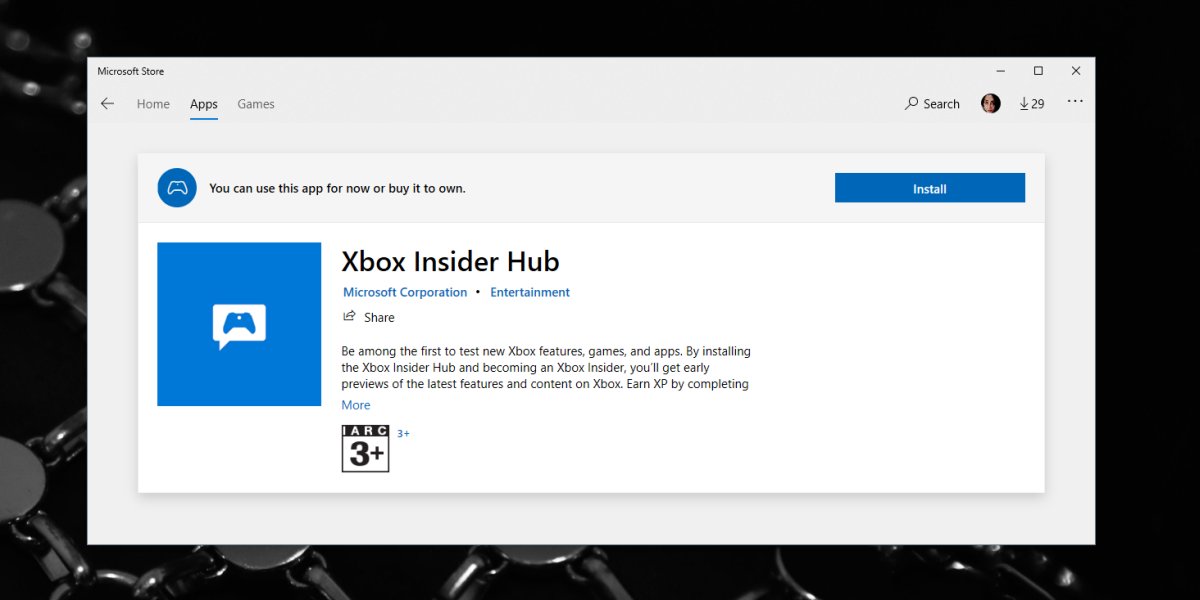 Once you’re signed into the app, look for ‘Insider Content’ in the panel on the left. 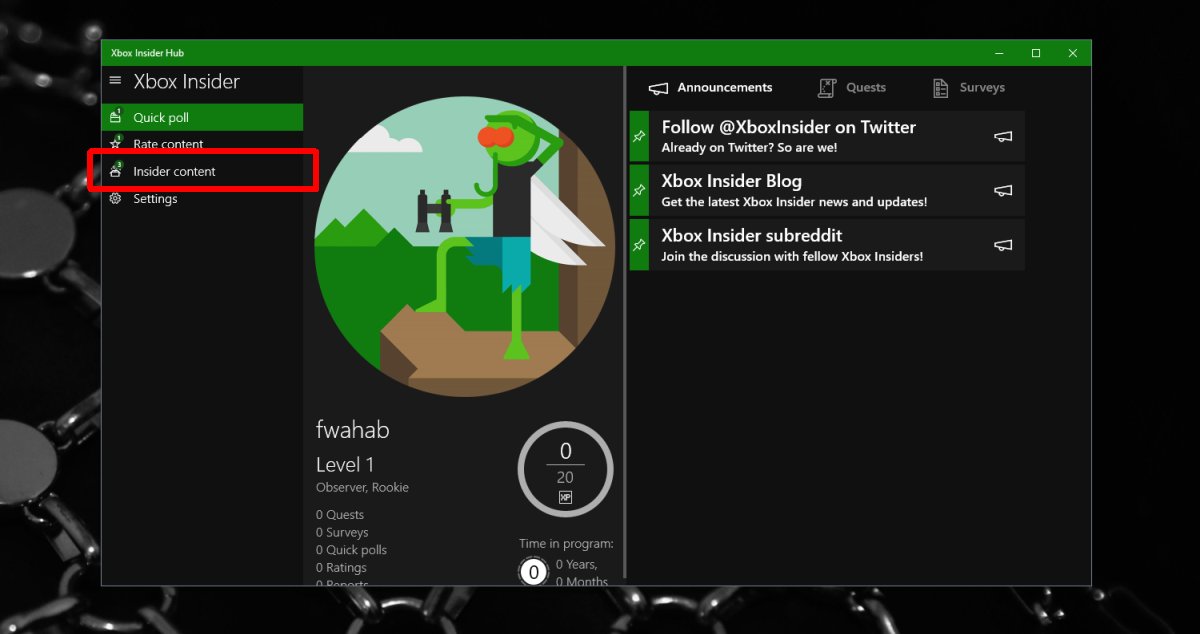 The Insider Content screen will feature the beta content that is available. Minecraft will be listed here. You can click it and it will be installed. 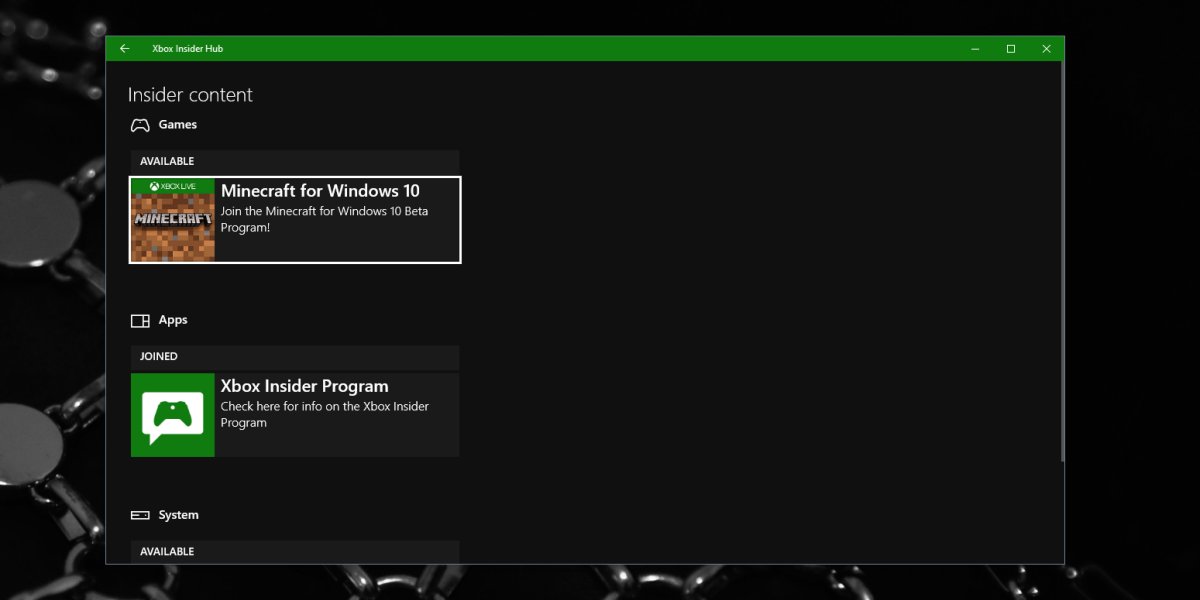 Minecraft is a paid app/game. No matter which version you have, whether it’s the Java version or the UWP version, you’re going to have to buy it. As such, joining the beta requires that you already own the game. In this case, you must already have the UWP app installed. You cannot use this as a method to get the app for free.

You don’t have to be on the Windows Insider program, or running an Insider build in order to run Minecraft Beta on Windows 10. The two are not connected in any way. The only thing you need is the Xbox Insider Hub app.

Before you exit the Minecraft beta on Windows 10, you should first back up your worlds just in case. Do not skip this step. The Minecraft UWP app has problems of its own so it’s not a good idea to take a chance with it.

Once you’ve backed up your worlds, open the Xbox Insider Hub app, and remove yourself from the Minecraft beta from the Insider Content section. Once you’ve done that, uninstall the Minecraft Beta app, and then install Minecraft again. By default, it should detect your old worlds but if it doesn’t, use your backups to get them back.

Minecraft beta is going to be unstable and the UWP version may not have the same features that the Java beta version has. It goes without saying that you should use this app at your own risk.