How to fix media keys not working on Linux

Lots of desktop keyboards have media playback buttons the user can use to pause, stop, skip and play music with the press of a button. For the most part, the Linux kernel, and Linux operating systems have support for these devices, due to increased Linux driver development over the years. That said, not every single keyboard’s media keys are supported out of the box, and that’s a real shame.

If you’re looking to get your play, pause, stop, and skip buttons on the keyboard to work with your favorite open-source media players, you’ve come to the right place. Follow along as we show you how to fix media keys not working on Linux!

Playerctl is essential for enabling media keys functionality on keyboards which aren’t natively supported on Linux. Playerctl supports most Mpris-based music players, which means when bound to your media keys, will be able to control the playback of Spotify, Clementine, Google Music Player Desktop, and many, many others.

Installing Playerctl is necessary before we begin, as the software isn’t pre-installed on any Linux distributions out of the box. To get it working, open up a terminal window by pressing Ctrl + Alt + T or Ctrl + Shift + T, then follow the command-line instructions that correspond with the distribution you currently use.

To install the application on Ubuntu, use the following apt command.

Debian Linux users have access to Playerctl in the “Main” software repository, provided they upgrade to version 10 of the operating system. So, if you haven’t already, upgrade from version 9 to 10. Then, use the apt-get command below to install Playerctl.

Fedora Linux has Playerctl in the primary software repository for versions 29 and 30. To install, open up a terminal window and use the Dnf command below.

OpenSUSE Tumbleweed and Leap both have access to Playerctl via the Oss all software repository. To install Playerctl, no configuration is required. Instead, launch a terminal window and enter the following command below.

Playerctl can be used to do many things with Mpris-enabled media players on Linux. Here’s a list of the functions, and how to use them.

Aside from the basic player functions in the list above, Playerctl does more things. For more information, type man playerctl in the command-line to view the program instruction manual. Or, save the manual to a readable text file with:

Now that the Playerctl app is installed on your Linux PC and you’re aware of their basic command-line functions let’s bind some functions to the media keys. 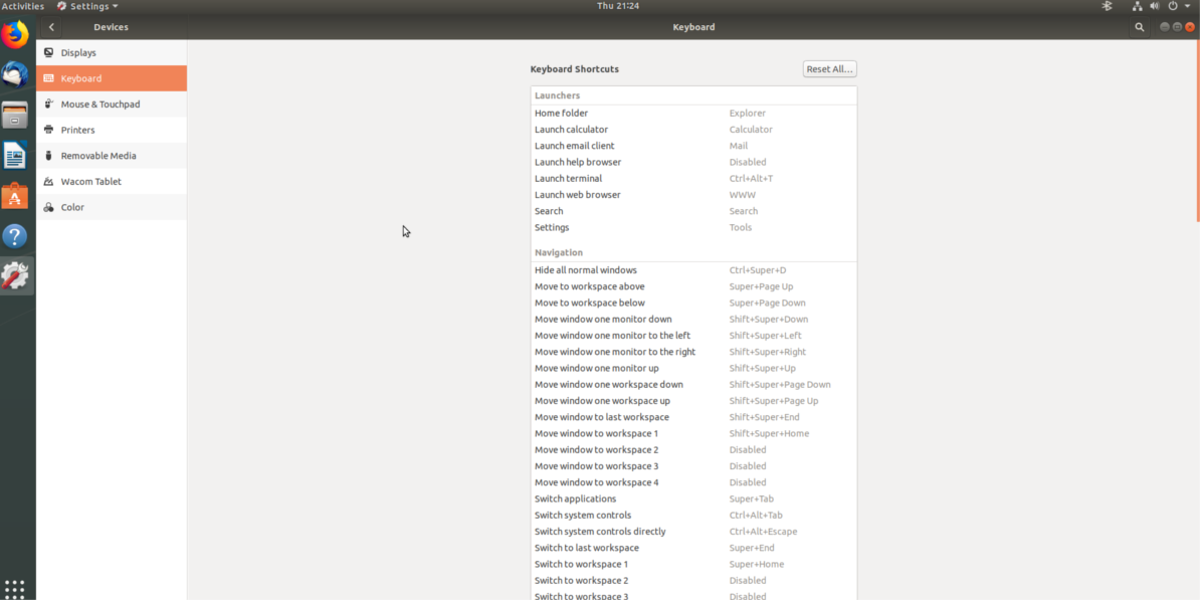 Step 1: Press the Windows key on the keyboard, and search for “keyboard,” and open up the app with that name.

Step 3: Name your custom shortcut by typing the name in the “Name” box.

Step 4:  Refer to the “basic commands” list in this article, and fill out the command you’d like to bind in the “command” box.

Step 5: Click “set shortcut,” and press the media key you’d like to bind the command to on Gnome.

Repeat this process to bind each of the functions to all of your media keys. 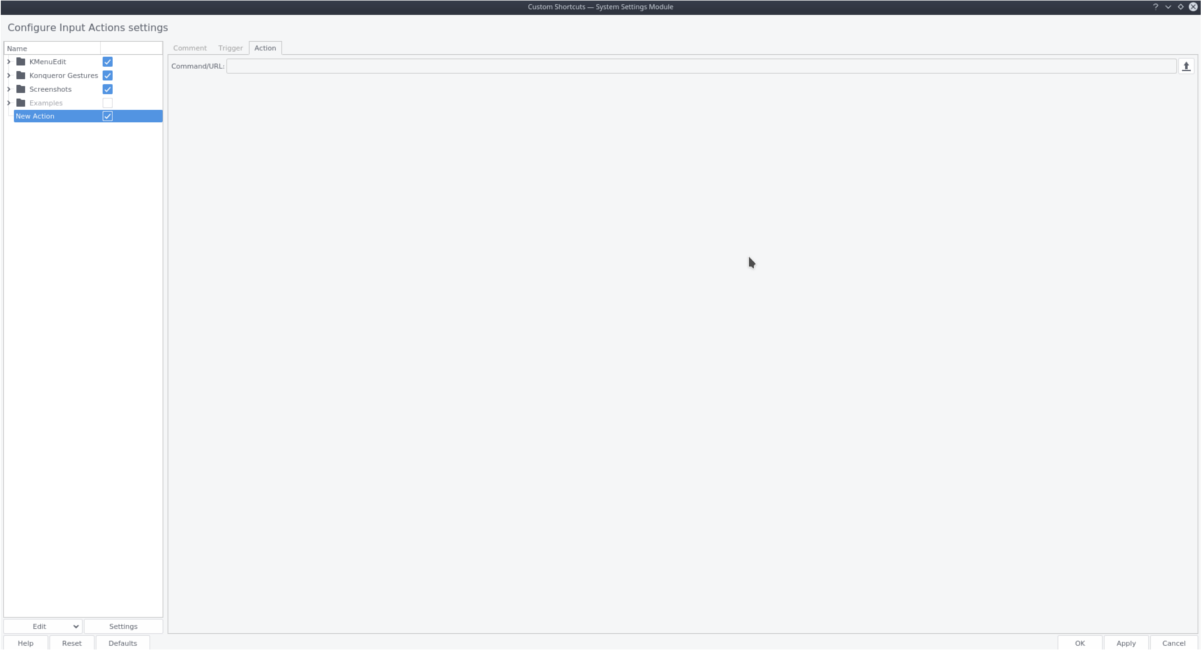 Step 1: Press the Windows key on the keyboard, search for “custom shortcuts” and open up the app with that name.

Step 2: Find “Edit,” and click it with the mouse. Then select “New,” followed by “Global Shortcut,” and finally, “Command/URL.”

Step 3: Select “Action” and write out the playerctl command you wish to add to the shortcut. Refer to the “basic commands” list above if you need help.

Step 4: Choose “Trigger” and press the media key on the keyboard you wish to bind the command to.

Step 5: Select “Comment” and write the name of the custom shortcut.

Repeat this process to bind all of the media functions to KDE Plasma 5.

Step 2: Find “+ Add” and select it to create a new keyboard shortcut.

Step 3: Under “Name” write the name of the shortcut you’d like to create. Then, select “Command” and write in one of the commands listed in “basic commands.”

Step 4: Click “Apply” to add the new shortcut to Mate.

Step 5: Locate the custom shortcut you’ve just made in Mate. Then, double-click on the “disabled” area to re-bind it to a media key.

Repeat this process to bind all of the Playerctl commands on Mate. 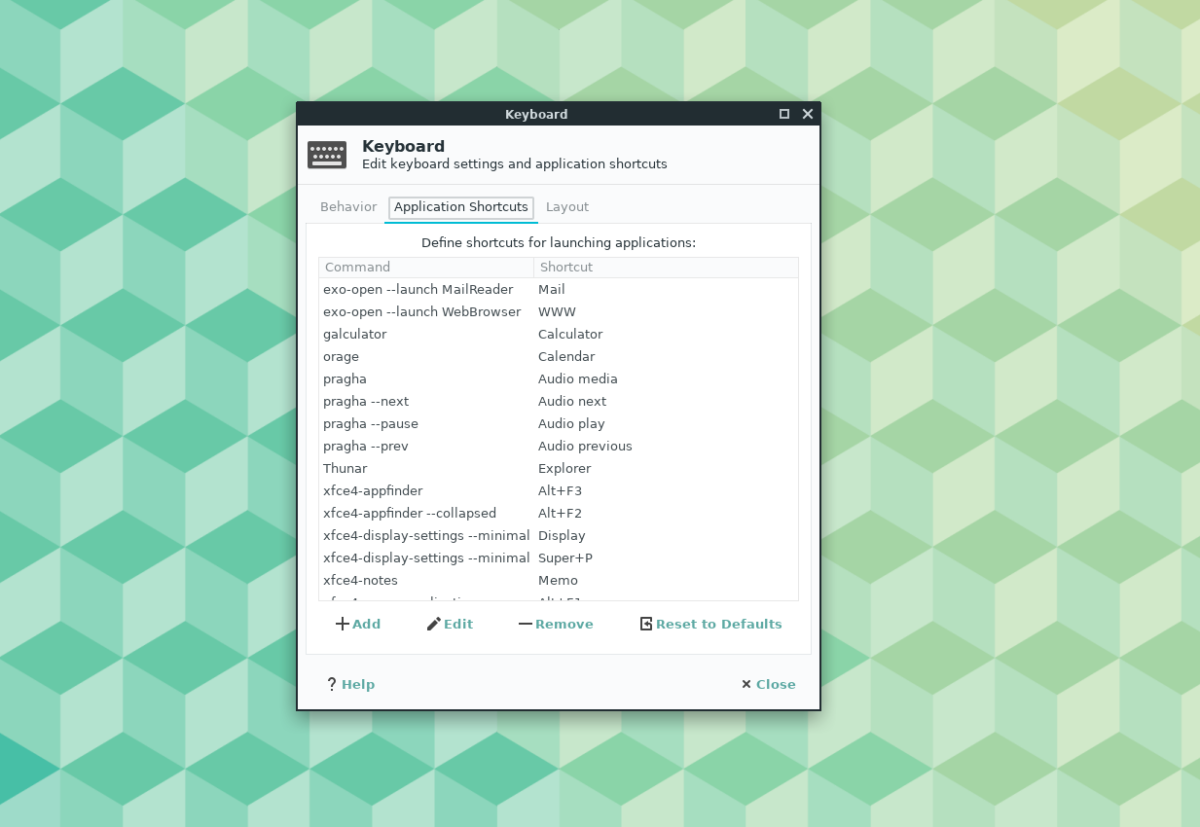 Step 1: Open up the XFCE4 system settings by pressing Alt + F2 and writing in the command below.

Step 2: Find “Add” and click it to create a new custom shortcut.

Step 3: Look to the “basic commands” list and write in the playerctl command you wish to add to the new shortcut.

Step 4: Press the media key you wish to bind the command to.

Step 5: Select “Close” to close the shortcut window, and your new shortcut should instantly be working.

Repeat this process as many times as necessary to set up Playctl on XFCE4.