How To Disable Netflix Trailers Autoplaying

Netflix is a paid service. It has a one month free trial but once it expires, you have to pay to use the service. There are different plans available depending on how you watch Netflix but there is no getting around paying for it. With online streaming services like this, users expect no ads. If you watch Netflix in your browser, you know that it will play a trailer, with sound, automatically. It is beyond annoying and there doesn’t seem to be an option to disable it. That said, you can disable Netflix trailers autoplaying with a little extension.

You’ve no doubt heard of the many add-ons and extensions available for modifying Netflix’s interface and making it better. Some allow you to skip intros though that is now supported by default, and others give you better access to a list of available content. Netflix Tweaker does this but it also block the trailer from playing. It’s available for both Firefox and Chrome.

All you have to do is install the add-on or extension and visit Netflix after that. If you already have Netflix open, reload it. When you visit Netflix, the trailer will no longer play. You won’t see any animation or even the speaker icon. The Play button on the trailer will not be disabled. If you click it, you will be taken to the title screen where you can watch the movie or series. 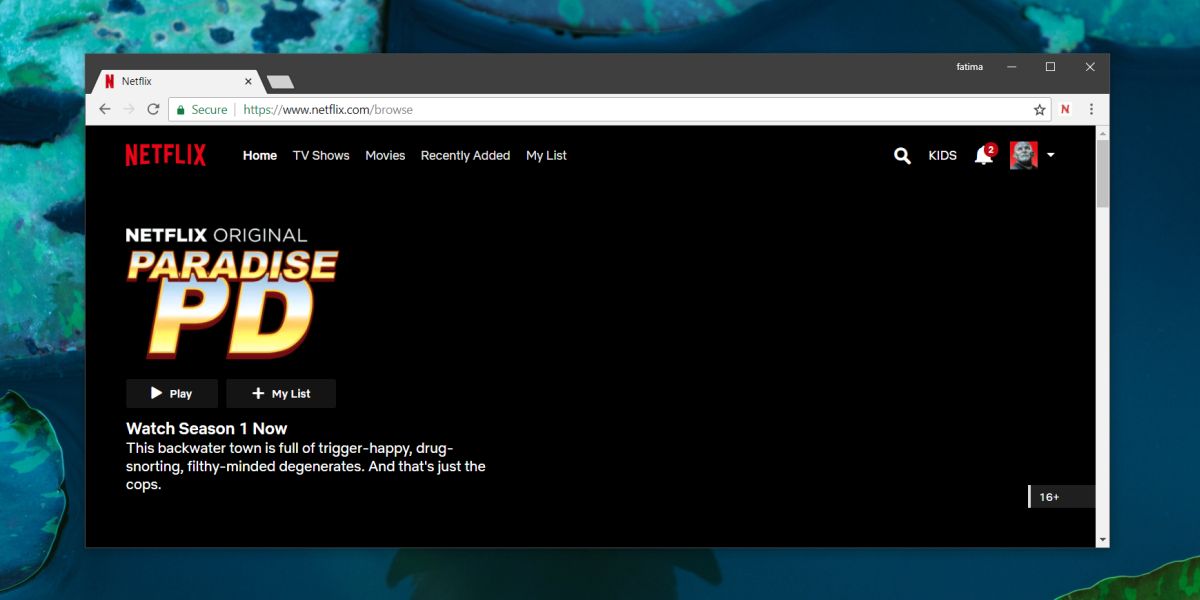 This will not impact the auto-play you see between episodes of a series. You will still see those. Netflix is also beta testing ads that play between episodes. It hasn’t been implemented worldwide just yet but you can probably expect it to by the end of this year, or the middle of the next. If the feature does eventually roll out, there’s no telling if this add-on will be able to block it or not.

If you want to disable other features on Netflix, or add them, you will need to install other add-ons and extensions. Netflix has, for example, retired reviews so if you want reviews from IMDb or Rotten Tomatoes to be added to the interface, you will need to install an extension that can add them. If you use Windows 10 though, a much easier way to be rid of the auto-playing trailer is to just use the official Netflix app in the Microsoft Store. It simply doesn’t have them, and so they’re never played. It’s possible that Netflix will add trailers to the app in the future but it is very rarely updated so you don’t have anything immediate to worry about.