How to install the LinApple Apple II emulator on Linux

The Apple II was one of Apple’s most popular home computer system. It sold very well, and as a result of the sales, it became an exciting platform for computer games. Many, many types of video games were released on the platform during its lifespan.

For the most part, the LinApple emulator doesn’t exist on any Linux distribution’s packaging system. This means that the program must be compiled from source. In this section, we’ll go over how to get your hands on the latest source code for LinApple, install the dependencies and compile everything so it can be used.

To get compiling the latest LinApple code, open up a terminal window by pressing  Ctrl + Alt + T or Ctrl + Shift + T. Then, follow the command-line instructions that correspond with your Linux operating system.

Note: the LinApple emulator’s source code is capable of being compiled on every single Linux distribution out there, and not just the ones that we cover. That said, the developer doesn’t specifically list all dependency libraries, only some. So, you’ll need to look into that yourself.

On Arch Linux, there’s no need to go out of your way to install dependencies. Instead, you can use the AUR to automatically grab the code, the dependencies and build everything without any trouble.

To start, use the Pacman command to install the Base-devel and Git packages on your Arch Linux PC.

Once Git and Base-devel are both installed, it’s time to use the git clone command to download the Trizen AUR helper. With this tool, you can quickly load up all of the dependency files without any tediousness.

With the Trizen AUR helper up and running on your Linux PC, install LinApple on Arch.

Fedora Linux has a package for LinApple available on the RPM Sphere software repository. That said, this version of the program doesn’t run well. Sometimes it crashes, so it’s best just to install the dependency files and build from source.

Note: if you can’t build LinApple on Fedora, feel free to try the RPM Sphere package, though it may not work. Alternatively, use a distribution like Ubuntu instead.

With the dependencies installed on your Linux system, we can now use the Git tool to clone the latest source code release. Open up a terminal window and use git clone to grab the code.

After downloading, use the CD command to move into the code folder.

Compiling the source code for LinApple starts by running the make command. In the terminal, run:

Alternatively, if you’d like to compile the code much faster, you can run the make command against all of the cores on your Linux PC, with:

When the compilation is complete, install the program on your Linux PC by using the make install command.

LinApple can load up ROM/Disk image directly from the command-line thanks to it’s easy to use command-line structure. To load up a ROM image in the first drive, use ‘d1’. For example: 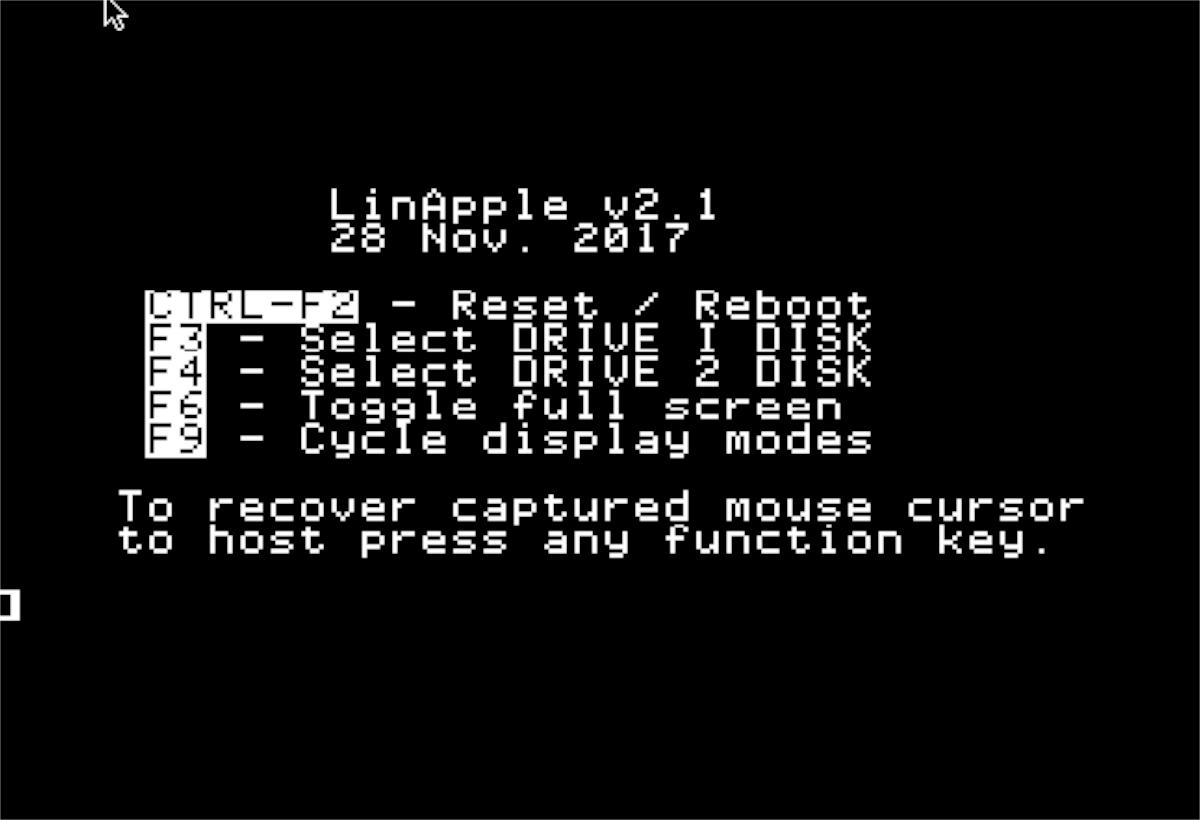 The LinApple emulator operates with keyboard shortcuts. Here are a few important ones that will help during the emulation process. 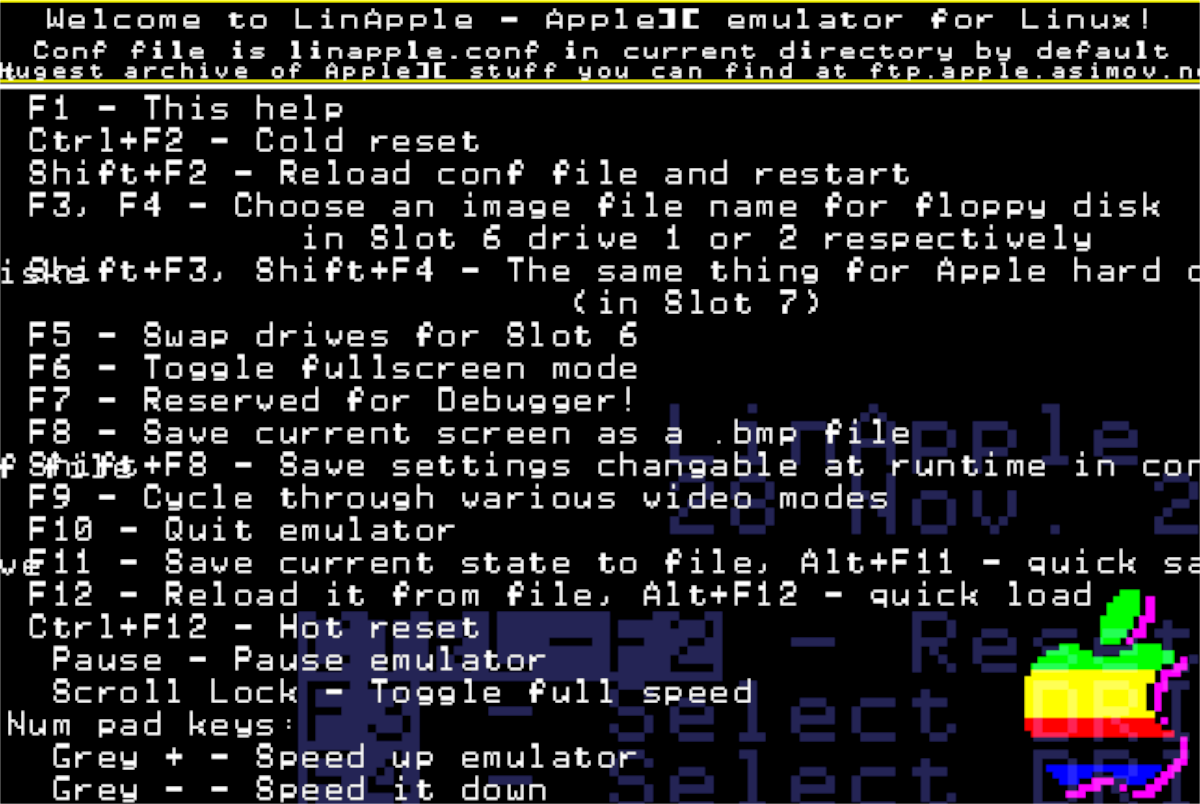 The shortcuts above in the list are the ones you’ll need to remember to have a pleasant experience with the LinApple emulator on your Linux PC. However, those aren’t the only ones. For more info on shortcuts, click here.