How to enable tab previews in Chrome

Microsoft Edge has a few features that other popular browsers do not have. The list is small but it nevertheless means Edge does a few tricks that other browsers can’t do just yet. One rather useful feature that Edge has is tab previews. When you hover your mouse over tabs that are open, you get a little preview of the tab. This is something neither Chrome nor Firefox can do. You can enable tab previews in Chrome via a flag but the feature doesn’t stack up to the one in Edge.

Open Chrome and enter the following in the address bar;

This will open the Chrome flags page. Click inside the search bar and search for Hover. The search results will list a flag called Tab Hover Cards. Open the dropdown next to it and select Enabled from the dropdown menu. Relaunch Chrome for the flag to be applied. 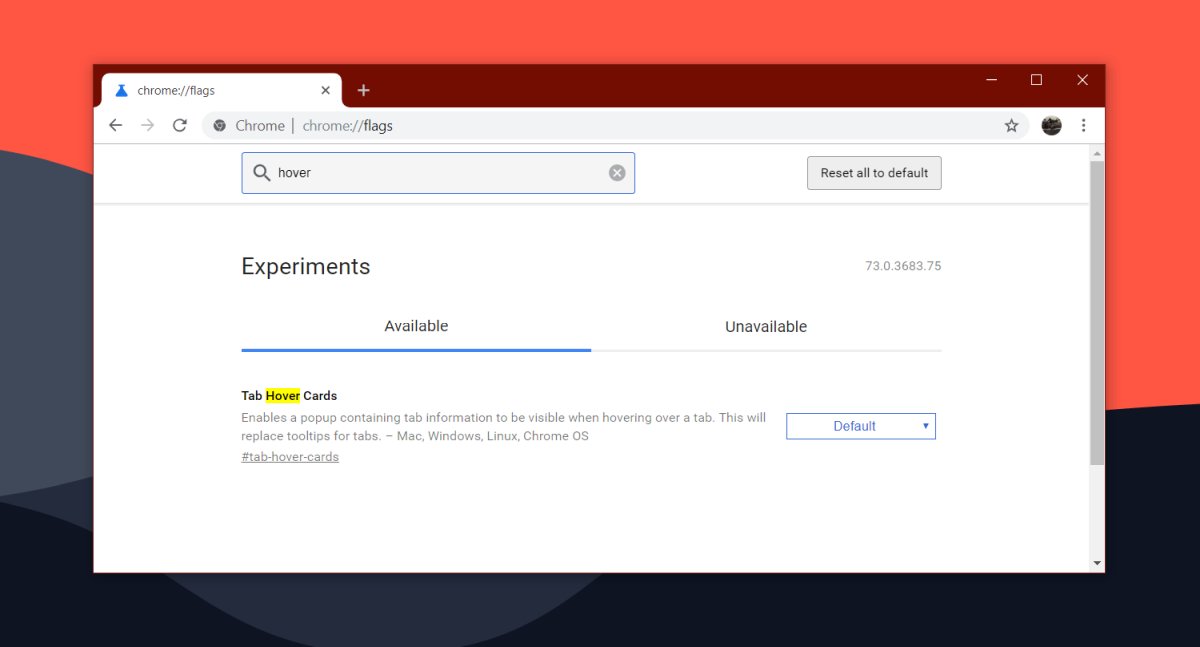 I mentioned earlier that this feature isn’t quite like the one in Edge. At present, the the feature doesn’t give you a picture preview of the tab, at least not yet. When you hover your mouse cursor over the current tab, or a tab that’s in the background the preview you see will only show you the name of the website and its URL. It’s hardly the same as the preview you get in Edge.

The feature doesn’t compare to Edge but that doesn’t mean it’s useless. If you open a lot of tabs in Chrome, you know that it soon gets to a point where the tab title quickly becomes impossible to read. The title is cut off by the other tabs that are open. When you hover your mouse cursor over a tab, the title appears making it easier to distinguish which tab is which.

Ideally, the preview should also show you the favicon for the website but I couldn’t get it to show up during tests. It may take a little time for the icons to be cached. Since it’s a feature enabled via a Flag, it will likely improve but that could take quite a while. There’s never any time frame on when a feature from Flags will be improved, or roll out as a stable feature, and in some cases they might just be retired. It’s rare for a flag feature to be retired but it does happen. That said, this feature is still available in the current version of Canary and there’s a second flag that does actually let you enable image tab previews.