How to block the macOS Catalina update

Apple appears to have done a Microsoft. The new macOS Catalina is causing problems for a lot of users. Battery drain appears to be at the forefront of these problems but there’s also the fact that Catalina doesn’t support 32-bit apps and there’s still a lot of them out there. A lot of popular apps have yet to release a 64-bit version and while this isn’t Apple’s fault, it still makes a case for users to stay on Mojave. Here’s how you can block the macOS Catalina update.

This method will block all updates that are marked as a ‘Catalina’ update however, if Apple releases updates for Mojave, you will still get them.

Open the Terminal app and run the following command. You will be prompted to enter the admin password. Once you do, the command will return which updates have successfully been blocked. 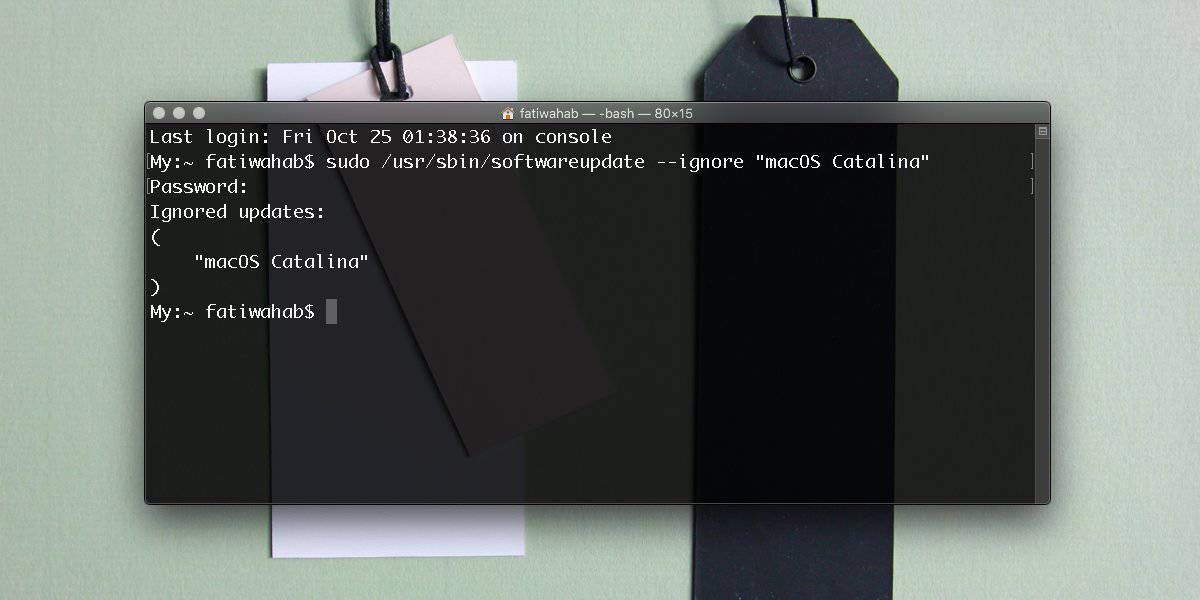 When you’re ready to update, you can unblock macOS Catalina by running the following command. You will again, have to enter the admin password. The command will return a list of updates that are blocked and macOS Catalina will not be listed this time. 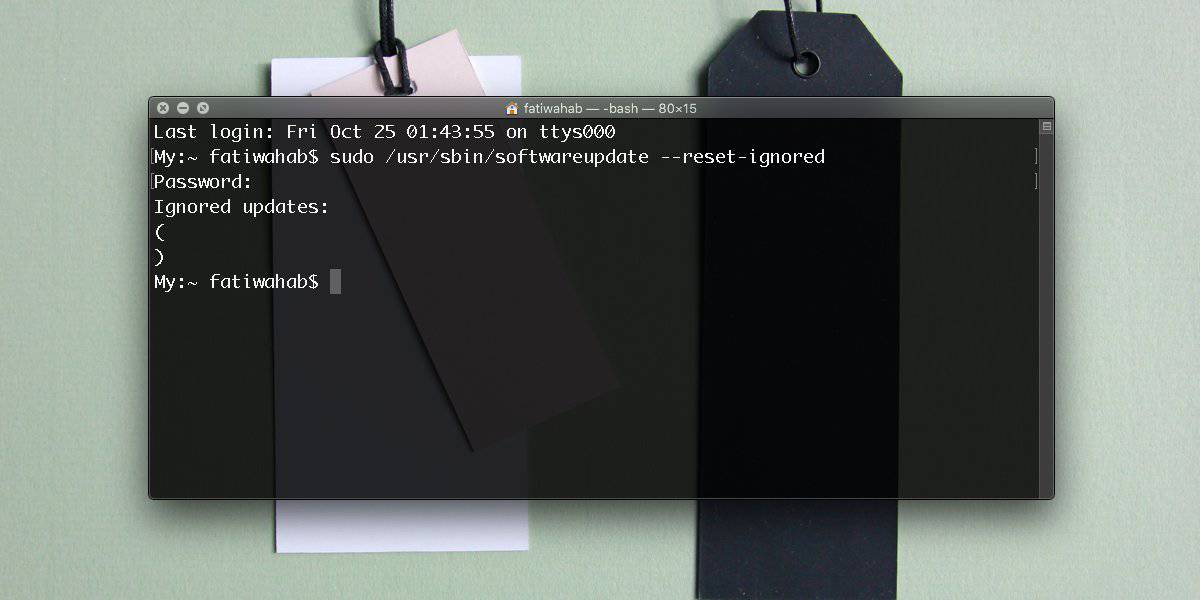 After running the above command, you can open System Preferences and check for updates. The new update will be detected and you can install it.

The command will put a hard block on the update. It’s not hard to undo it but if you’re looking for something simpler, you can put a soft block on updates from System Preferences.

Open System Preferences and click Software Update. Click the ‘Advanced’ button and in the panel that appears, you can disable a few options that will keep macOS from checking for updates. Disable the ‘Check for updates’ option, as well as the ‘Download new updates when available’ option. You can uncheck the ‘Install system data files and security updates’ but that’s not a good idea. You may not want the big, feature update that is Catalina but you shouldn’t block security updates, no matter what. 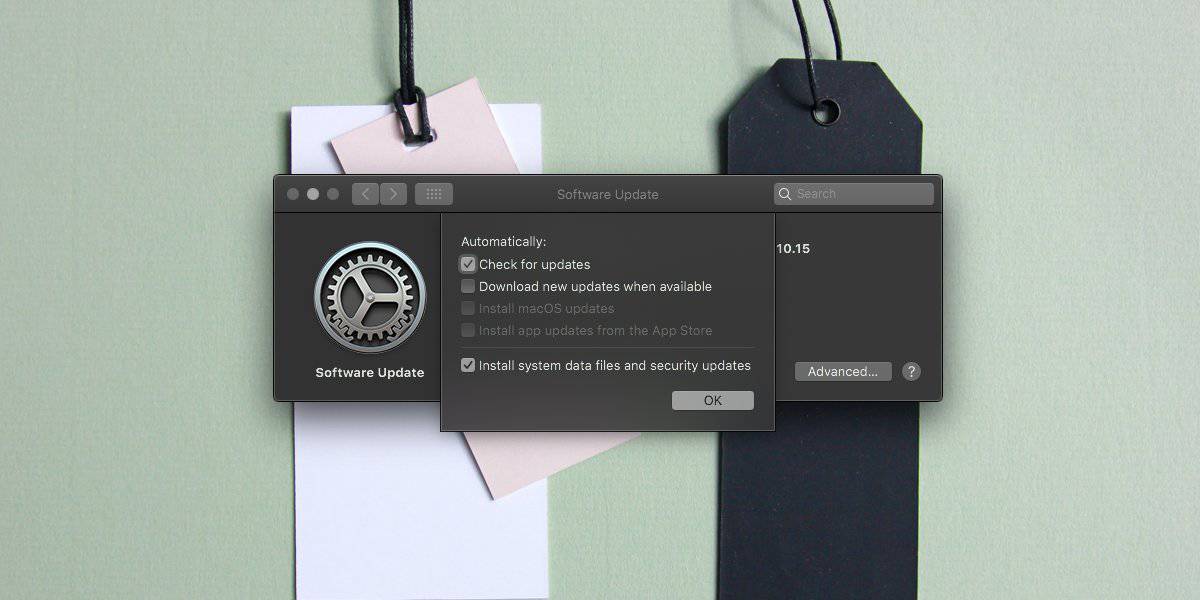 There is still the problem of 32-bits apps though. Apple isn’t going to allow them back on macOS so you will either have to hold off on the update, or find alternative apps that are 64-bit.