Right-click the taskbar and from the context menu, uncheck the ‘Lock the taskbars’ option. You will see a divider icon appear between the multitasking button and the pinned taskbar icons to indicate the taskbars are unlocked. 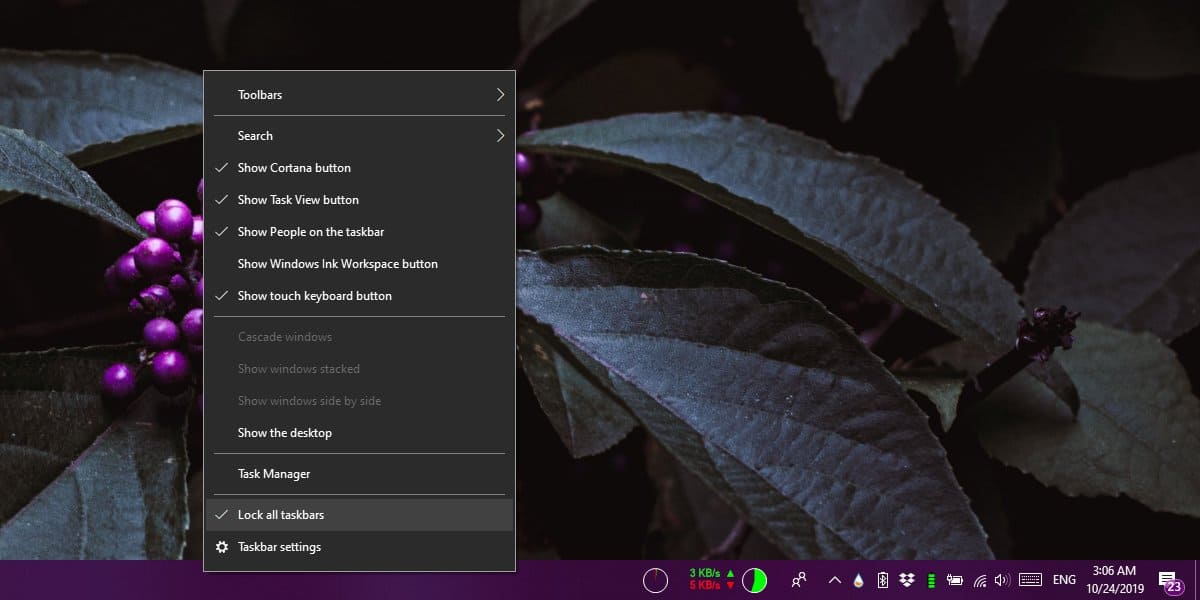 Once you’ve done that, you can change where the taskbars are oriented on each display. Go to the first display. Left-click and hold on the taskbar. Drag it to whichever edge of the screen you want to position it, and release the mouse. The system tray will also move with the taskbar because it is a part of it.

If you want to return the taskbars to their default position at the bottom of the screen, you can drag them to it after you unlock them. You can also just go to the Settings app and select Taskbar under the personalization group of settings and change the position from there. The dropdown will change where the taskbars are positioned across all displays. It’s this dropdown that makes users think the taskbars have to be positioned on the same side for all screen. It doesn’t have an option for setting the taskbar position on a per-display basis and that practically hides this feature. You’d have to be a long-time Windows user to know it exists.