How to rename a Bluetooth device on macOS

Need to rename a Bluetooth device on Windows 10? It’s easy.

You can rename a Bluetooth device on macOS only after it’s been paired, and preferably when it’s connected to your system. Once you’ve paired and connected a Bluetooth device, open System Preferences. Go to Bluetooth and right-click the device you want to rename. From the context menu, select the ‘Rename’ option. 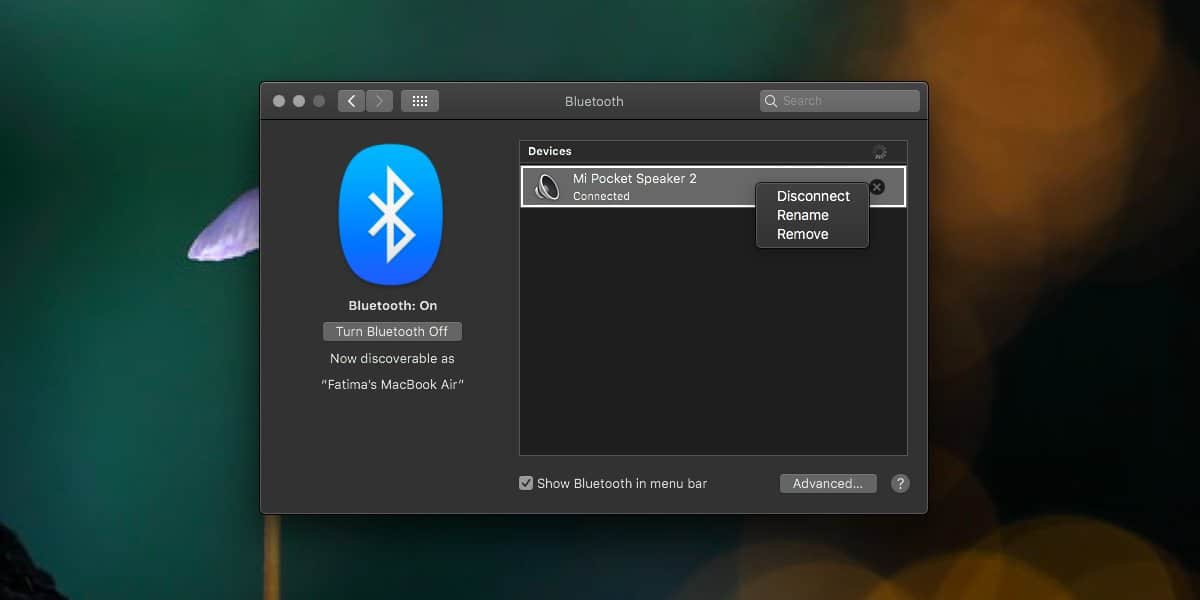 You’ll get a pop-up with the name of the device. Change the name to whatever it is you want to set for it, and click Rename. The device may or may not disconnect when you rename it. The process doesn’t take more than a minute. 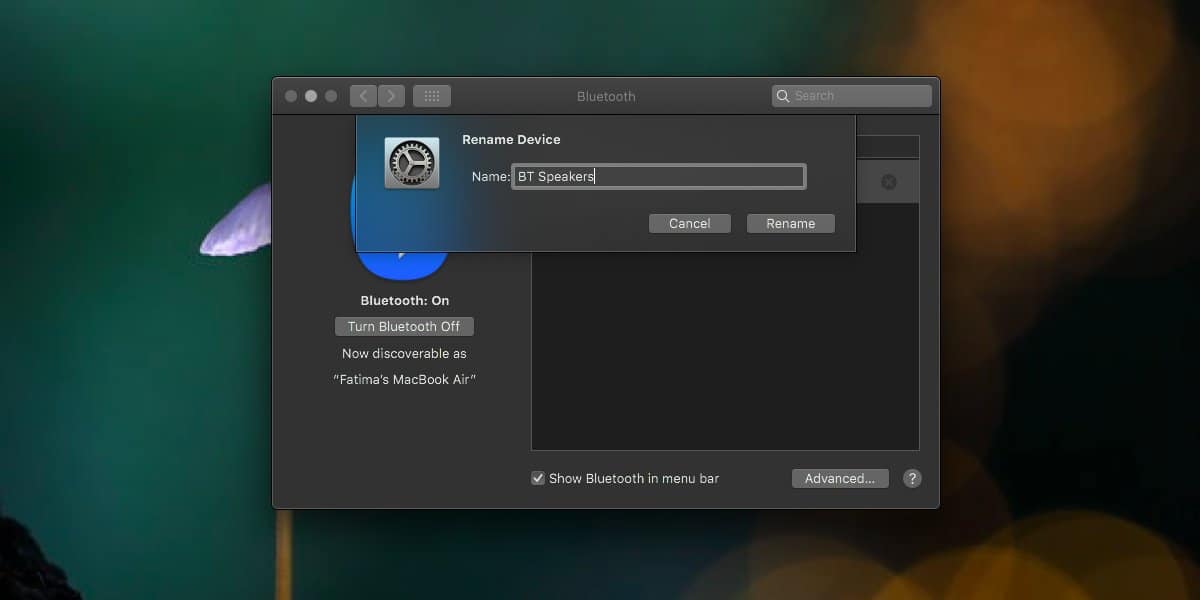 The rename will persist after a system restart and when you disconnect and reconnect the device. If you remove i.e., unpair the device, and then pair it again though, it will appear with its same generic name. 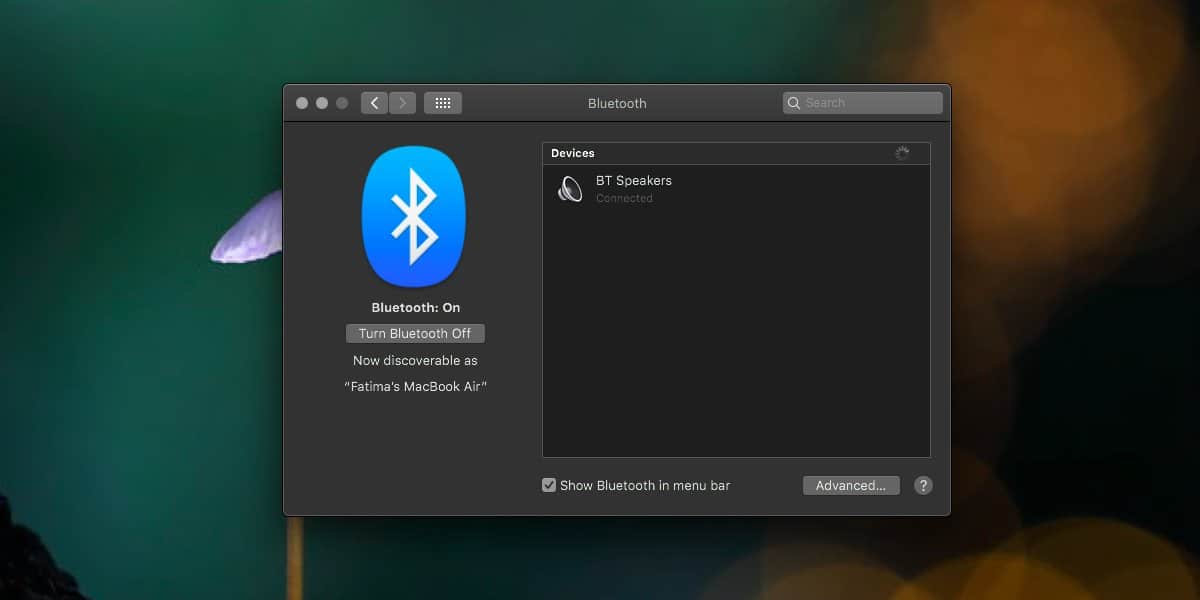 The new name of the Bluetooth device is specific to only your system. If other systems detect the device nearby, it will appear with its own generic name. That said, you should not give your devices names that aren’t suitable for the work place if that’s where you’re using them. If you use the same Bluetooth device with multiple systems, you will have to set the name for a device individually on each system.