How to suspend background apps on macOS that drain battery

Macbooks have some of the best batteries in the market. You can easily get ten hours of usage if you’re not watching movies. That said, sometimes tame apps tend to drain your battery quite a bit. Browsers are one example. If you have apps that you know take a toll on your battery, you can use Wintertime – Background App Freezer to suspend background apps on macOS.

The app basically checks if an app is using the CPU too much. An app that uses the CPU a lot, will also cause the battery to drain much faster and will be suspended by Wintertime. It won’t check CPU usage for all the apps that are currently running. Instead, you have to give it a list of apps to monitor and when they’re in the background, it suspends them.

Download and install Wintertime – Background App Freezer. When you run the app, it comes with a list of apps that it will monitor. You can edit it by clicking inside the list and deleting an app name, or adding one. You can only add one app per line and make sure you include an asterisk (*) after an app so that Wintertime freezes all processes that the app starts. 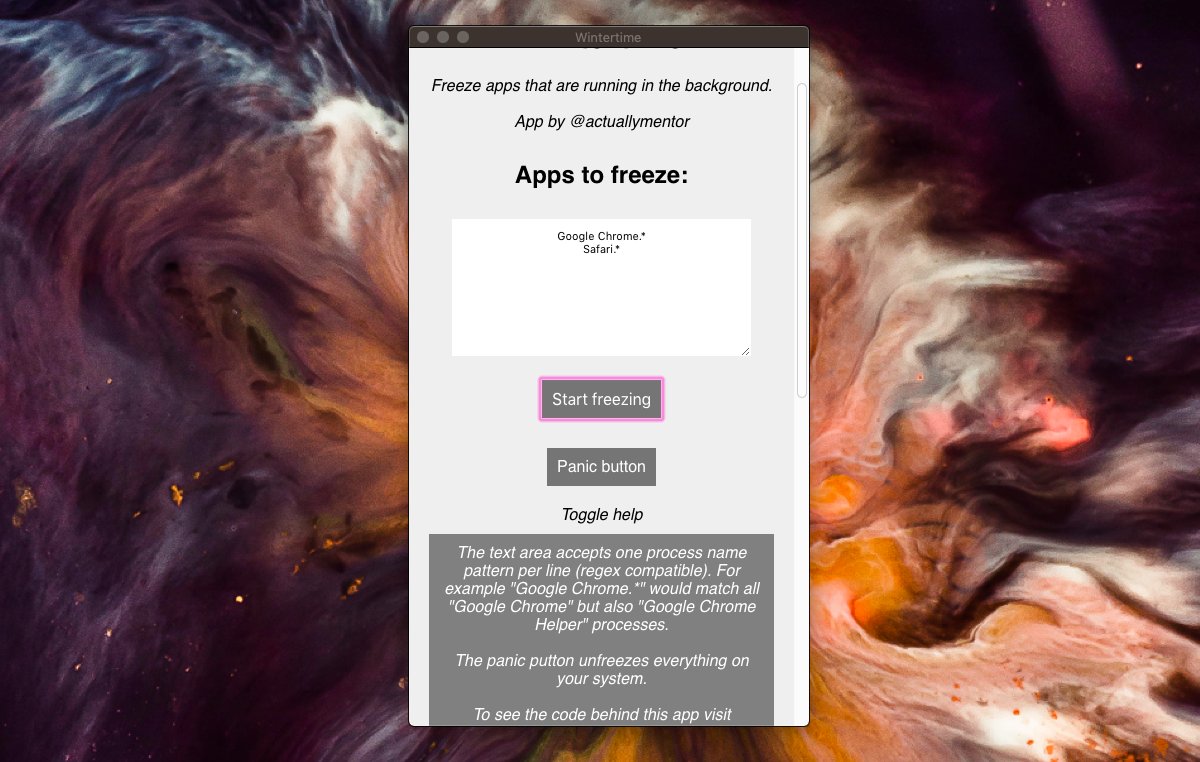 To stop the app, you have to click the Stop Freezing button. If at any time you find that an app is frozen, or you encounter some other problem with one of the frozen apps, you can also click the Panic Button on the app. The Panic Button will automatically unfreeze all suspended apps. 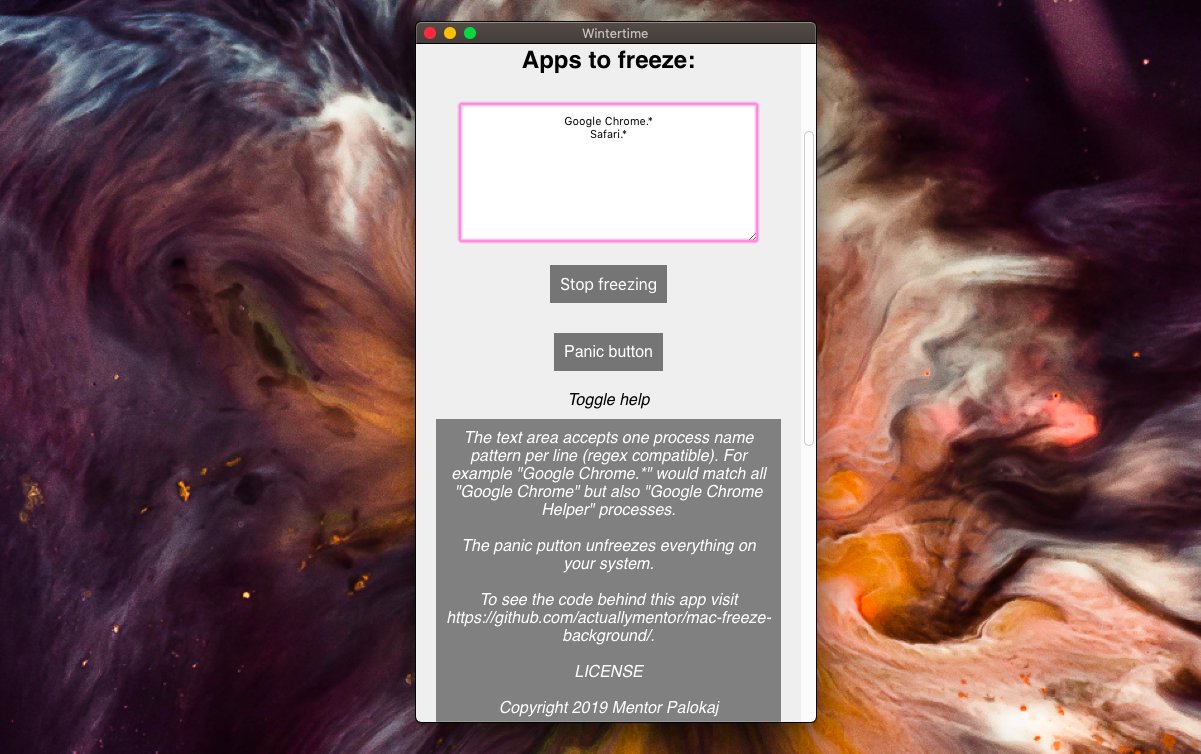 Wintertime doesn’t close apps, it only suspends them however, some apps may crash if they remain suspended for too long. Mac apps are normally pretty stable but there are no guarantees when you interfere with an app’s working. For browsers, there’s little risk of you losing data but if you’re using Wintertime to freeze apps like Photoshop, or iMovie, you may want to make sure that you save what you’re working before sending the app to the background.

Wintertime will automatically unfreeze apps when they are brought to the front. You can use it with practically any app but I don’t recommend using it with Safari. It won’t crash the browser but Safari has its own built-in mechanism for offloading tabs that consume too much battery. It’s best to let it self-regulate than to introduce a third-party app to manage it.