How to import HDR photos from iPhone on Windows 10

The iPhone has long been able to capture HDR photos. HDR photos are basically three photos taken and combined into one to produce a better looking photo. If you want to import HDR photos from your iPhone to your Windows 10 desktop, you’ll find it’s fairly easy to manage. The photos will be imported in JPG format.

Before you can import HDR photos from an iPhone, you need to first make sure that HDR is enabled when you’re taking the photo. Additionally, since you’re on a Windows 10 system, the methods used to import the HDR photos will not highlight them as such so it might be a good idea to turn off the ‘Keep Normal Photo’ option. The iPhone will only save the HDR version of the photo and not the normal, non-HDR version. You will not be able to go back and get a normal version of a photo if saving it was disabled when the photo was taken. 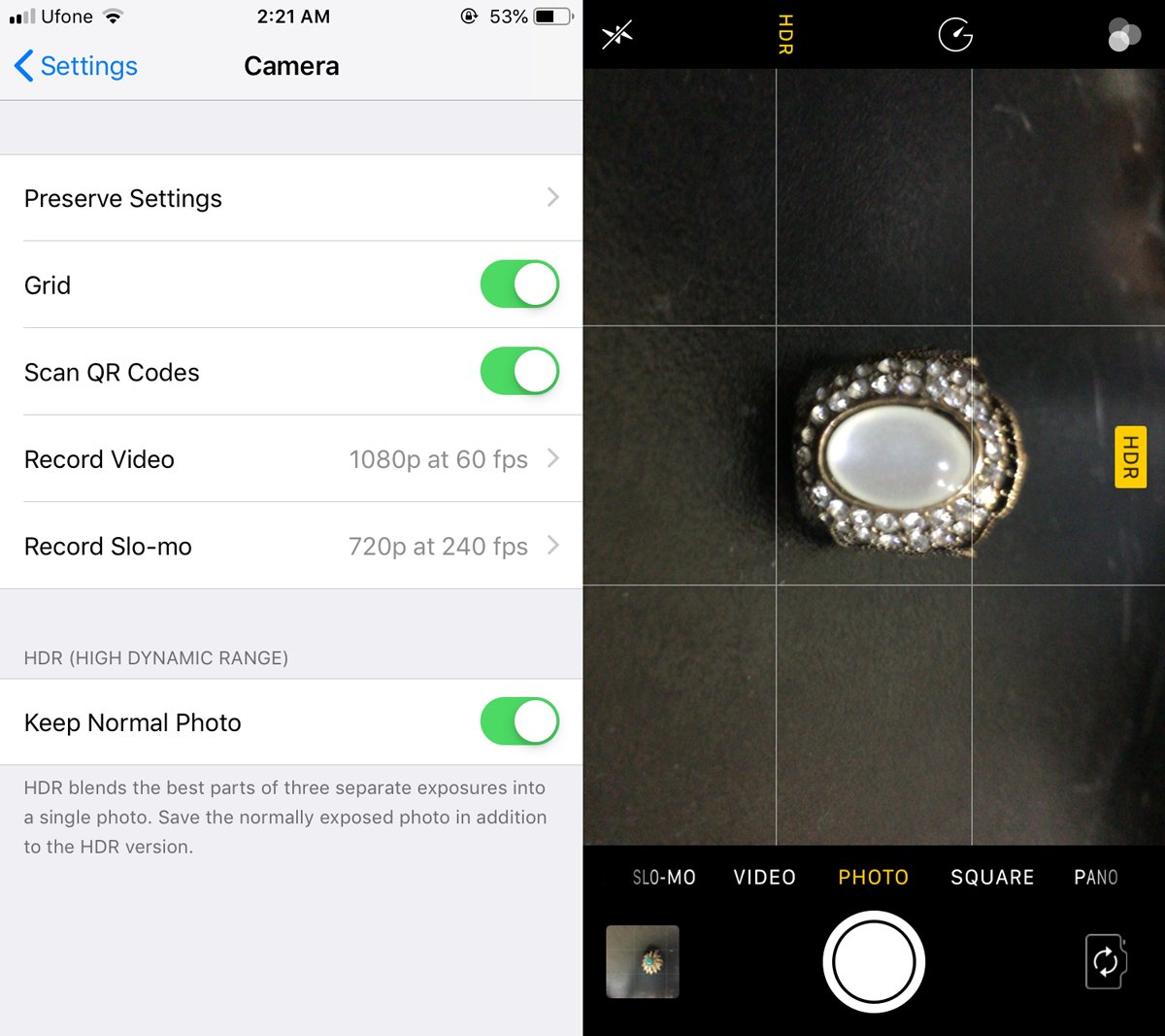 When you’re about to take a photo, tap the HDR option at the top of the camera view finder, and tap on On. The Auto option leaves it to iOS to determine when an HDR photo is needed.

There are two relatively simple methods for importing HDR photos from an iPhone. The first is by copying it from the camera roll, and the second is by using the Import function in the Photos app. There are loads of other apps that can import these photos but these two options are the simplest and they work out of the box.

Connect your iPhone to your PC and open it from File Explorer. Look through the camera roll until you find the image you want to import. Copy it and paste it anywhere you want. If you opted to save the original photo on your iPhone, you will see two copies of it. Copy them both and by comparing them, you’ll be able to tell which is the HDR photo. 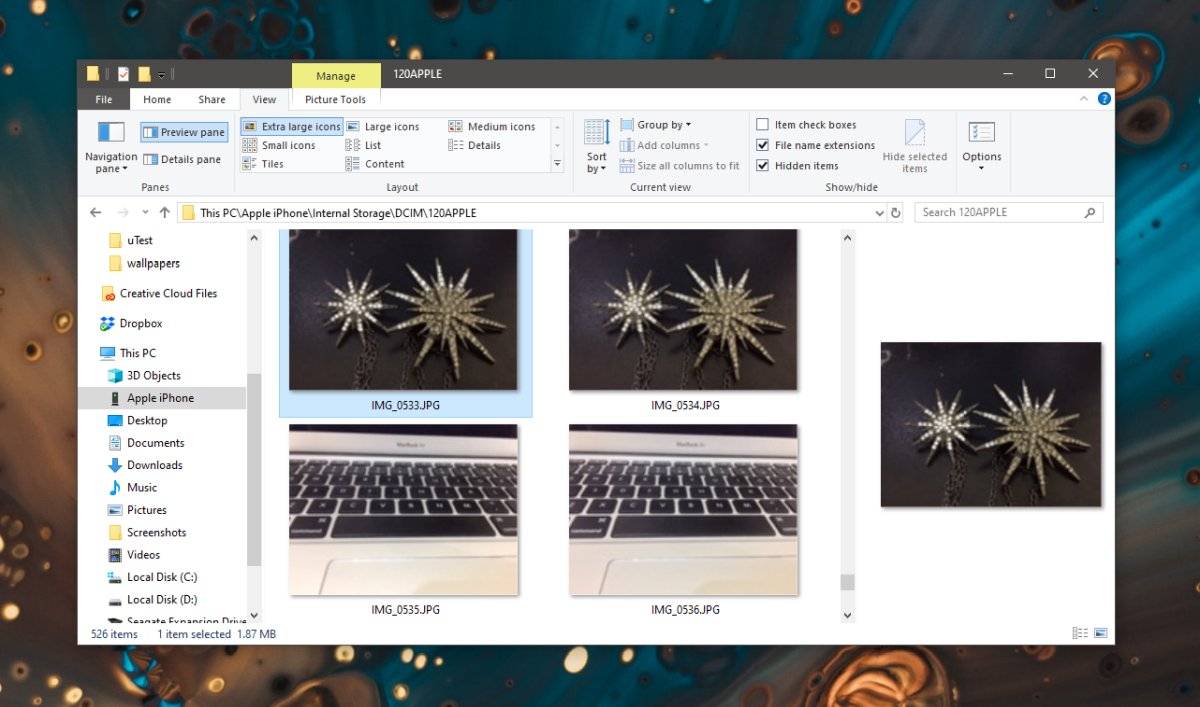 Once scanned, select the HDR photos that you want to import. and click ‘Import Selected’. 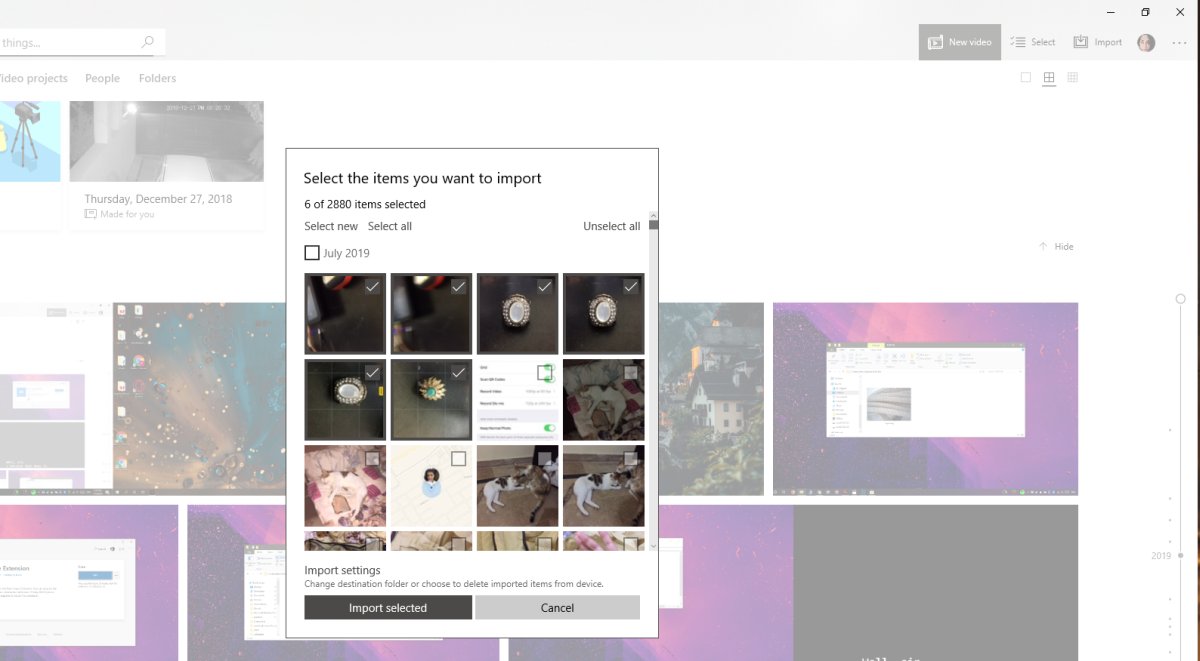 That will do the trick.

Three photos are taken to create the final HDR photo and many users want to get those three photos in addition to the final one. Unfortunately, iOS doesn’t allow you to access them, not even on a Mac. The final photo is all you can get. You can use a third-party HDR app on your iPhone and it may allow you to get all three photos but the stock iOS apps do not.