How to switch back to bash in Terminal on macOS Catalina

The default shell on macOS Catalina has changed from Bash to Zsh. You have to run a command to actually make the change and many think that Zsh is better. If you’ve made the switch and want to change back to Bash as the default shell whenever you open Terminal, it’s an easy change to make. Here’s how you can switch back to bash in Terminal. 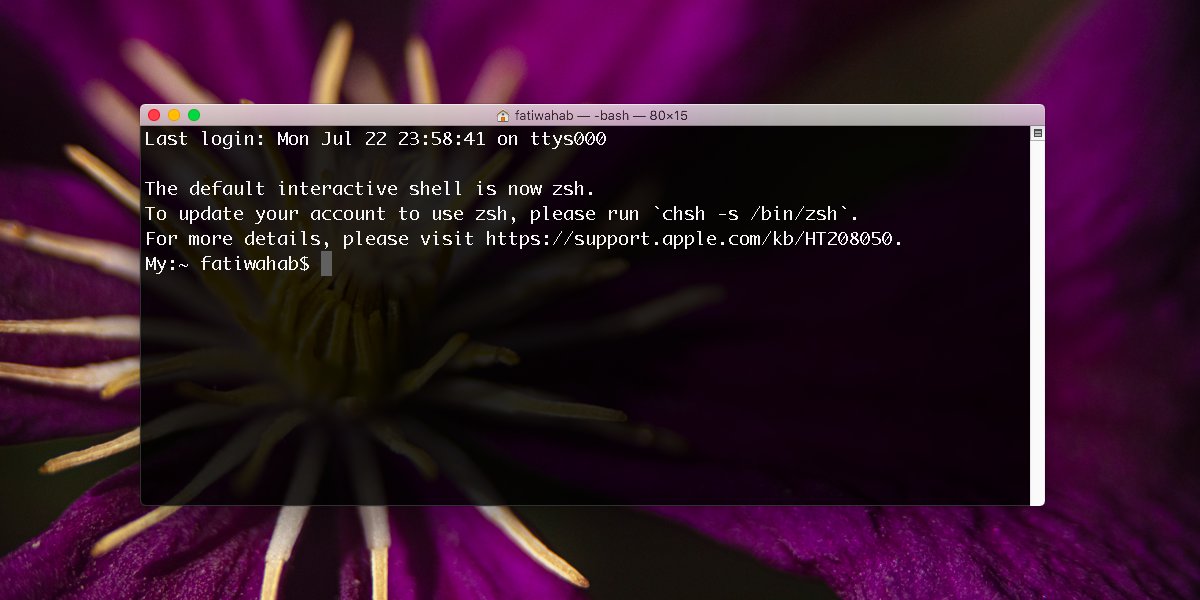 Switch back to bash in Terminal

Open the Terminal app and on the menu bar select the Terminal menu item. From the menu, select Preferences. On the Preferences window, go to the General tab. There’s an option called ‘Shells open with’. Select ‘Command (complete path):’. In the field below it, enter the following; 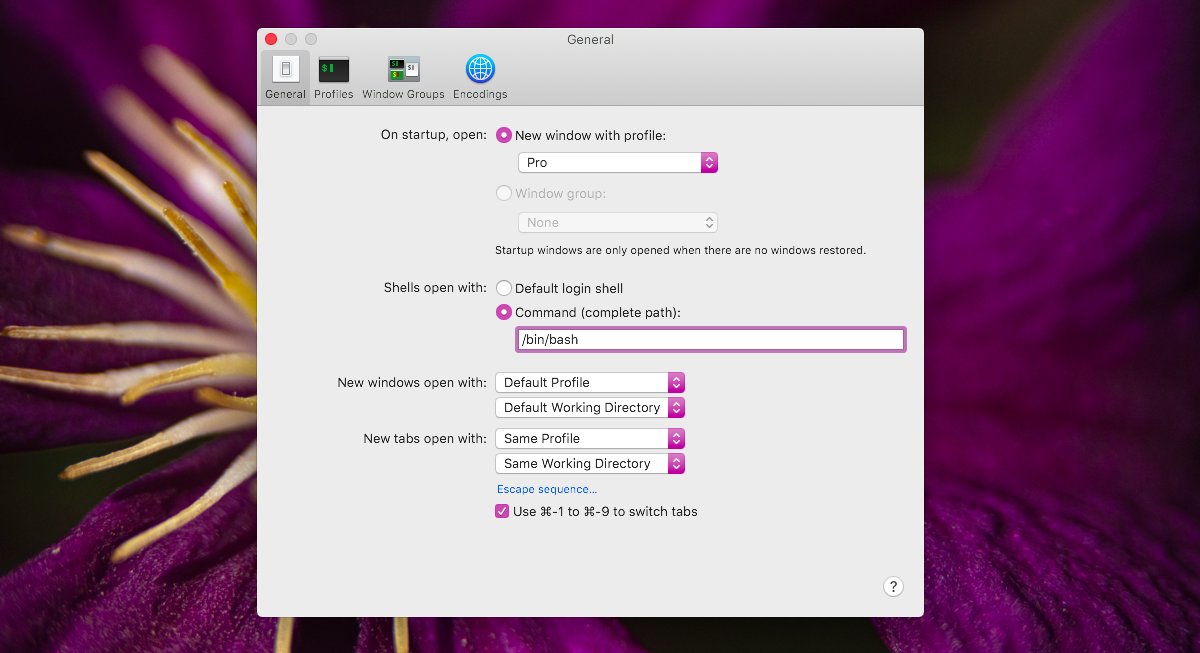 Quit Terminal and open it again. Terminal will now always open in Bash. 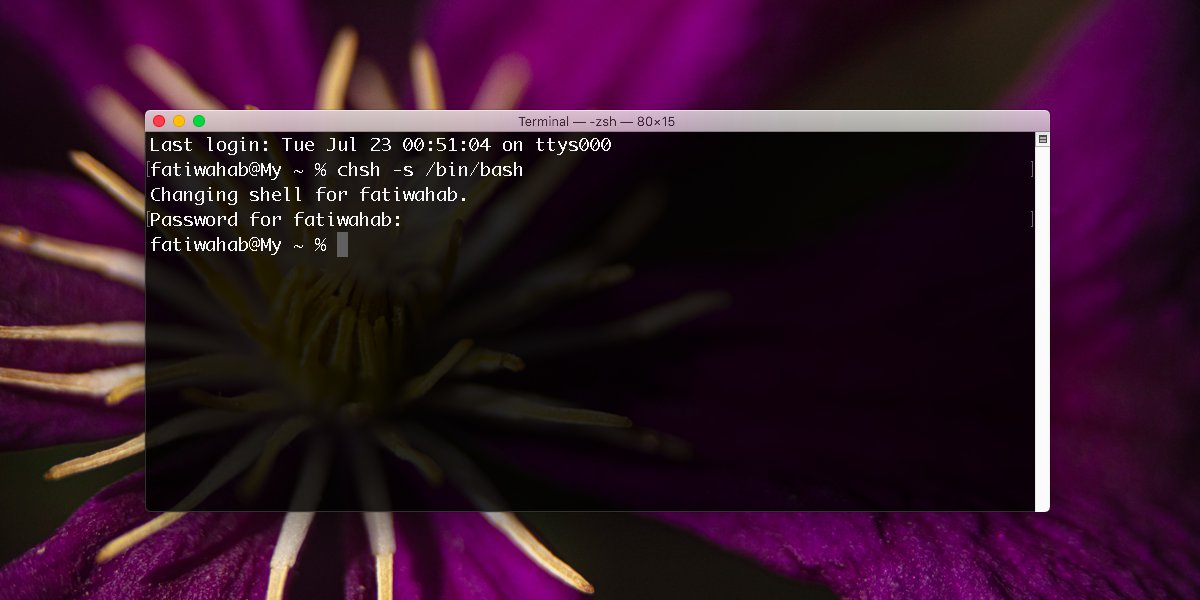 After this command, you can leave the option in the Terminal preferences set to ‘Default login shell’ under the ‘Shells open with’ option.

Once you update to Catalina, there’s no removing Zsh from the system. Since you can change the shell back to Bash, it doesn’t matter much. The only downside of changing back to Bash is that each time you open a new Terminal window, there will be a message at the top telling you to switch to Zsh and giving you the command to make the switch.

As for which shell you should use, it’s really up to you. There are other shells besides Bash and Zsh available on macOS. If you want to view a list of all the shells that are available run the following command in Terminal.

After that, you can choose any one of the shells and use them either as the shell that Terminal uses or change the default shell. The command is the same except you have to change ‘bin/bash’ to whichever shell you want to set as the default.

If you want to switch to Csh, you’d run the following command;

Likewise, to change the shell that it opens to without changing the default shell, enter this in Terminal’s preferences.

Both changes are easy to make.