How To Embed Fonts In An MS Word Document

MS Word, by default uses the Calibri font. If you create a document in this font, it will render perfectly on any platform that MS Office is available for. If you’re not a fan of Calibri, you can use Arial or Times New Roman instead. They’re both common fonts and are considered ‘profession’ in case you’re making an official document. That said, MS Office can use any font that is available on your system. You can select it from the font dropdown on the Home tab. There’s just one problem; if you use a special font to make a document and then send the document to someone who does not have the font, they will read the document in the default Calibri font. There is a simple way to get around this; embed fonts in an MS Word document.

We should warn you that if you choose to embed fonts in an MS Word document, it will increase the size of the file. One font isn’t a big deal but if you’ve used several fonts and you embed them all, your document will be much bigger than normal.

To embed fonts in an MS Word document, open the document on your system i.e. the system the font is installed in. Go to File>Options. On the Options window, select the Save tab and scroll down to the “Preserve fidelity when sharing this document’ section. Check the ‘Embed fonts in this file’ option and when you save the file, the fonts used in it will be embedded automatically. 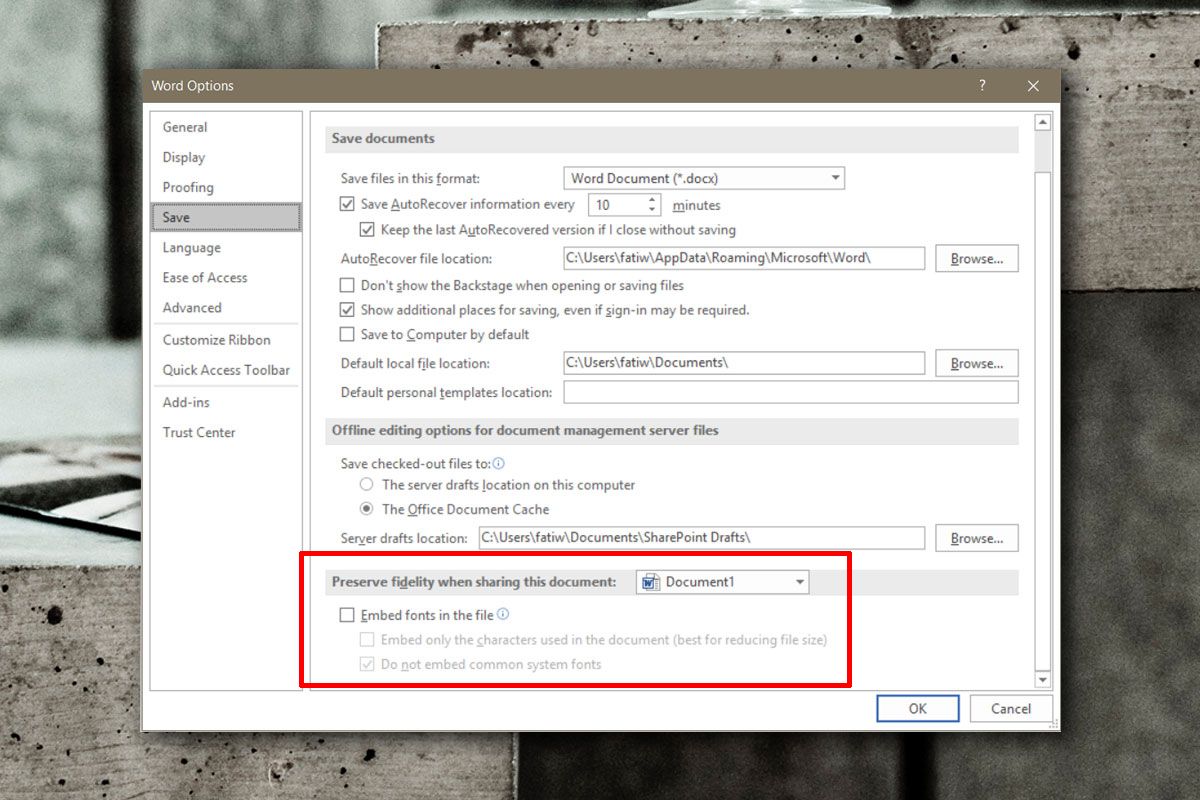 We mentioned early on that this will increase the size of the file that is saved. To trim it down a bit, you should also enable the other two options under the embed option i.e. Embed only the characters used in the document, and Do not embed common system format.s

The “Embed only the characters used in the document” option will only embed those characters that you’ve used in the file. For example, let’s say you used a special font to enter equations in a document. This font has good mathematical symbols and great looking numbers, and it also has the alphabet. If you enable this option, only the mathematical symbols and numbers you used from that special font will be embedded instead of the entire font.

The second option is enabled by default. It prevents common fonts like Arial and Times New Roman from being embedded in a file.