How To Enable And Disable Netflix Smart Downloads

You can download select movies and TV shows on Netflix. This is a feature that was added a while back to both the smartphone apps, and the lone Windows 10 desktop app for Netflix. Not everything can be downloaded of course but that doesn’t mean the feature isn’t useful. It’s meant for users who want to Netflix on the go but don’t want to use their limited data plan to do it, or for when there is no WiFi. This feature has now been complimented with Netflix smart downloads.

Netflix smart downloads basically manages how much space the Netflix app, and its downloaded content, takes on your device. Once you’ve watched a downloaded episode of something, it will automatically delete it from your device. It will also download the next episode so that you still have something to watch.

This feature is only available on Android at the moment. 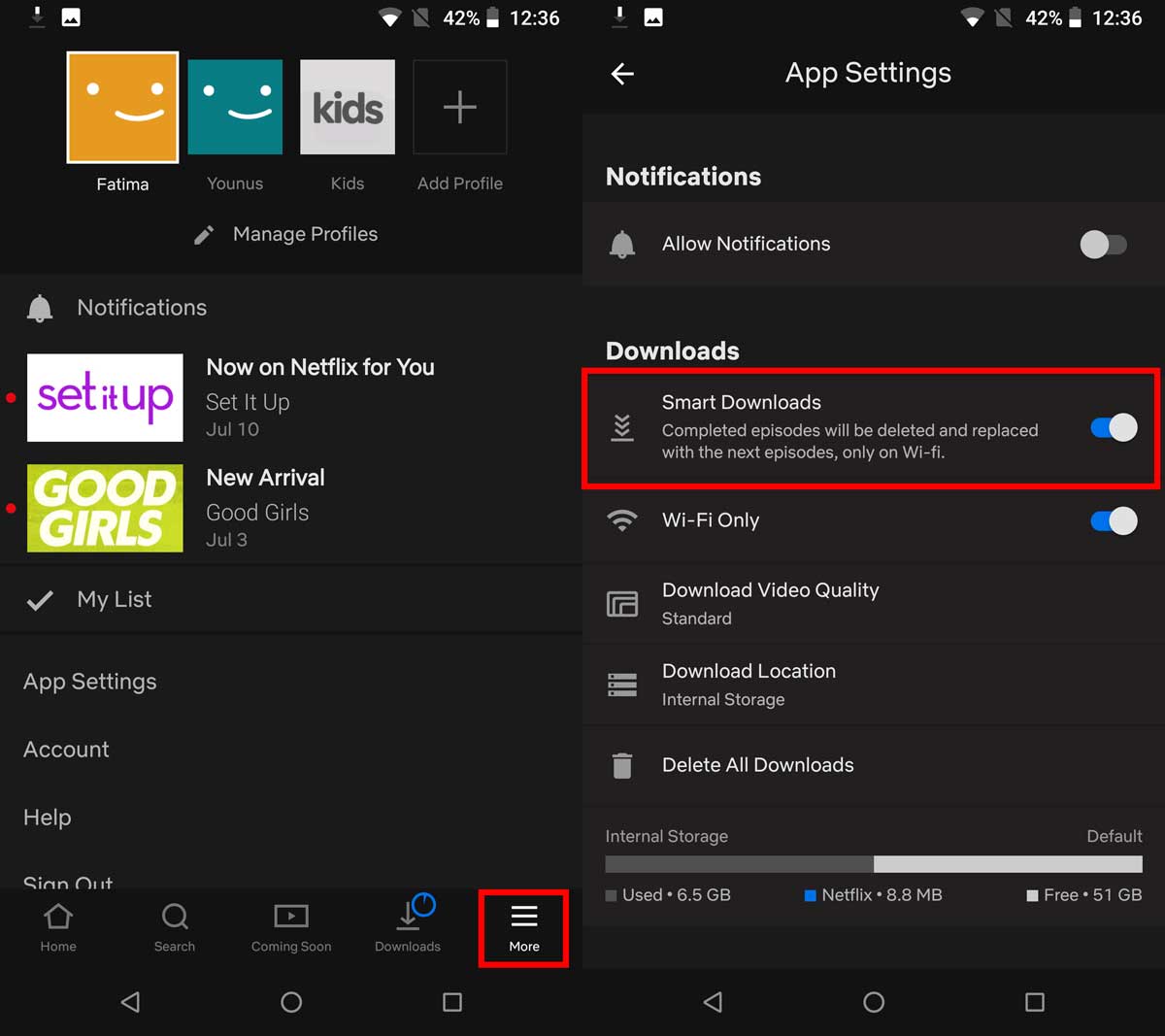 The benefit of the feature is that you will never have watched content taking up space on your device and you won’t have to download the next episode of a series yourself. If it’s available for offline download, the app will download it for you.

The downside is the content will be deleted once it’s been watched. If you ever want to rewatch something on the go, it won’t be there. This is a fairly small trade-off but it’s a downside nonetheless and probably the reason why there’s an option to disable the feature.

We should mention that if you use a VPN for Netflix to access geographically restricted, and download it as well, your VPN must be running for Netflix smart downloads to download the next episode of a series that is restricted by country. Other than that, there’s nothing stopping the feature from working as it should. So long as Netflix can access the content, it will be able to download it.

The videos will be downloaded over WiFi only, and in the quality that you’ve selected under the app’s settings. If you’re on a plan that only gives you SD quality, you will not be able to download content in HD.