How to check if Xbox Live is down or not

Xbox is a popular gaming platform and Xbox live is a service that you can’t really avoid. It’s owned by Microsoft so even if you don’t play games on an Xbox, you can’t really escape it though Xbox live may not be as unavoidable on a PC. Xbox live may be a great service but like all services, it’s prone to technical problems where it may go offline. If you’re unable to sign into Xbox, or are having other problems with the service, it might be because Xbox Live is down. Here’s how you can check.

Xbox Live – down or not

Since Xbox and its services are a Microsoft property, you can imagine how slow a response there normally is and when there’s a response, it normally only acknowledges a problem with the service without giving you too many details. If you need to keep a close eye on the service, consider using a website called DownDetector. 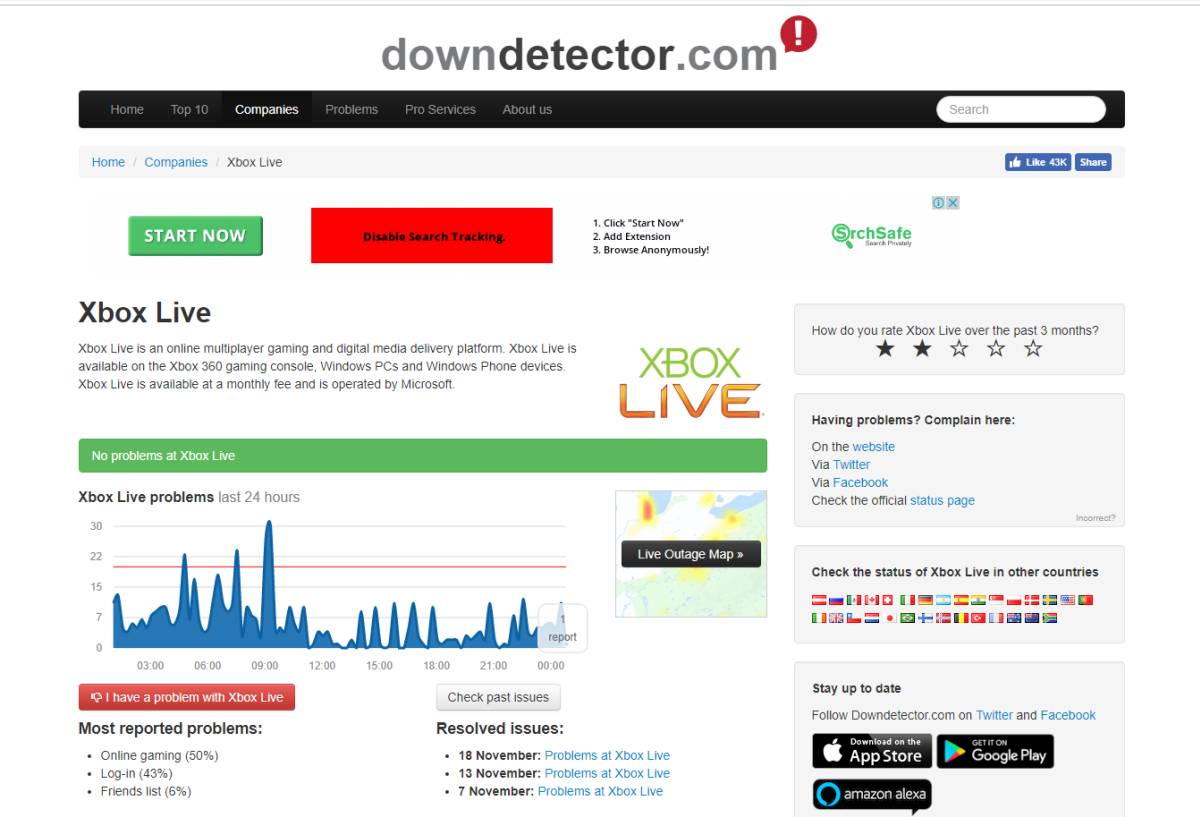 There’s no shortage of monitoring services for Xbox but DownDetector offers you a live coverage map which, in case of regional and/or intermittent outages, is more useful. The web service lets you view a history of outages and it also has apps for Android and iOS, and an Alexa skill.

By default, it will tell you if there’s currently an issue with Xbox but if you want to see a live coverage map, click the little thumbnail next to the 24 hour graph depicting outages and how extensive it is. 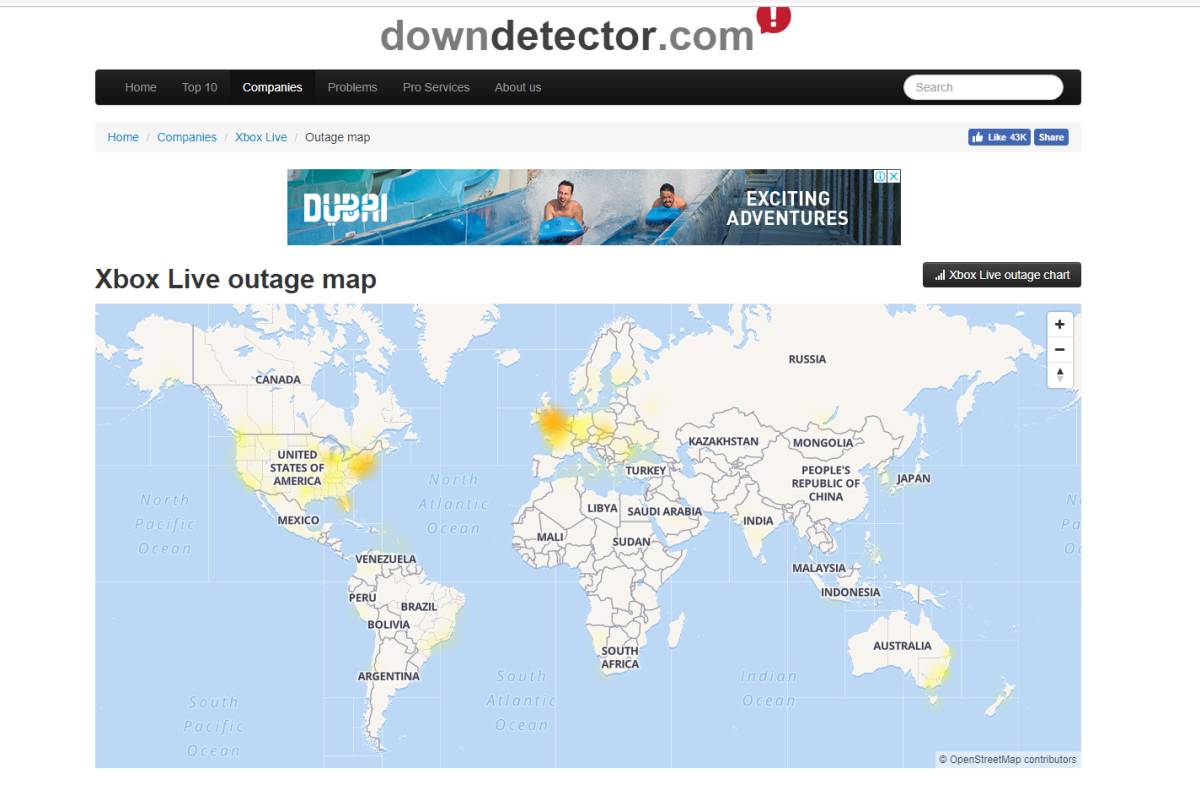 The indicated areas have problems with Xbox live. You can use the zoom in controls to zoom into parts of a map and see if your particular area is also affected.

Often, the outages can take a long time to actually show up and be acknowledge however, if it’s a global outage you can expect a quicker response from Microsoft. Regardless of how quickly an outage is acknowledged, it is nevertheless fixed as fastest possible. The Xbox is an exceptionally popular platform and Microsoft pushes it onto its users even if they’re using a PC so it’s highly unlikely that resolving an outage will take too long.

If you’re having problems with Xbox live, and there are no detected outages in your area, you might need to troubleshoot your device as well as your internet connection. It’s also a good idea to make sure access to the service hasn’t been blocked on a router level. ISPs aren’t going to block access to the service but other users who can access your router might have made the change for whatever reason.