On small screens, media players or websites that can play media often struggle with screen space. The Facebook apps are a good example of this. On older versions of the app, users were unable to scroll through their news feed if they were watching a video. Facebook rectified this by adding a floating video player. Android has something like this but it’s often subject to apps supporting it so it’s not reliable. While this sort of feature is usually found on smartphones, you will occasionally run into it on desktop websites. Facebook has one, and now there’s a YouTube mini player that lets you watch a video and browse YouTube as you watch.

The YouTube mini player is live so all you need to do to use it is visit YouTube and pick a video to play. Once the video is playing, look at the controls bar on the media player.

There’s a new player size between the gear icon and the theater mode icon which lets you enable the YouTube mini player. Simply click on this icon and the video will be minimized to the bottom right of your screen. 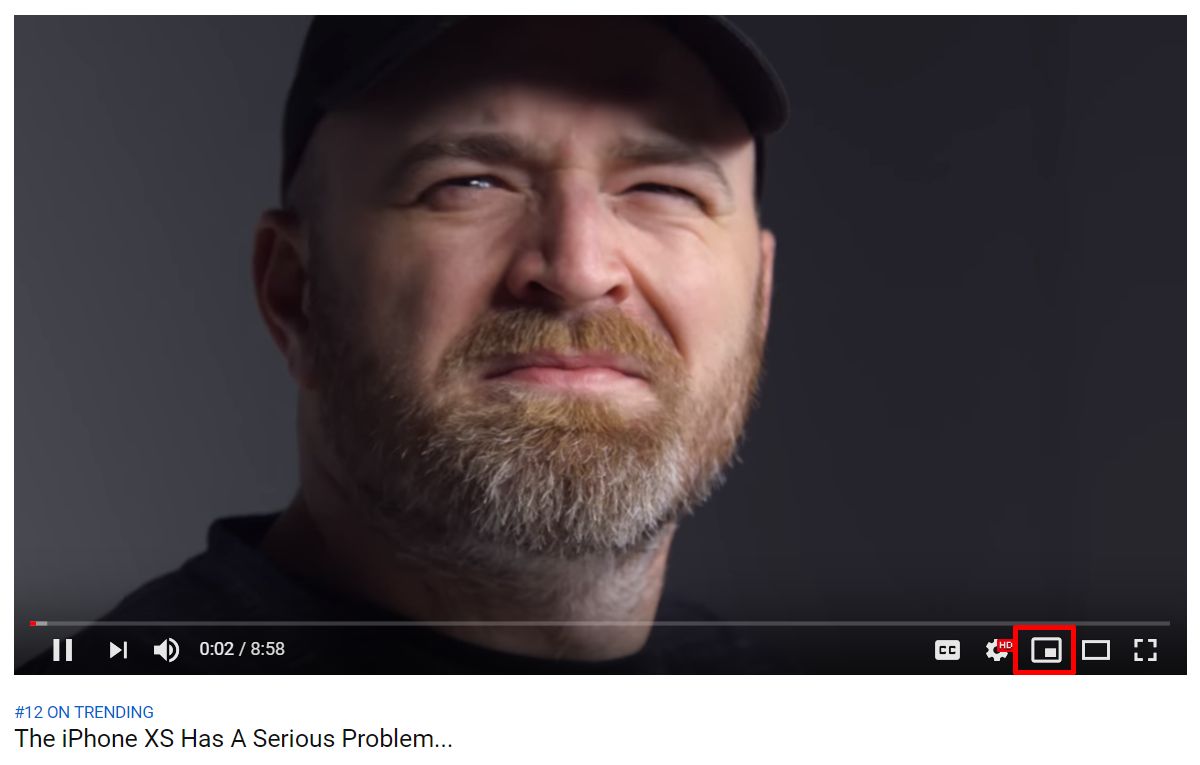 You are now free to browse YouTube as much as you want. You can pause the video or skip to the next one from this smaller, floating player. If you want to return to the default player, just click the title of the video. The YouTube mini player is dark mode compliant.

Since this feature has been added to the desktop version of the YouTube website, you might be wondering why it’s even needed. Users aren’t starved for screen space and they can open a new tab or a new window and browse YouTube on it if they want. For anyone on Windows 10, the useful windows snapping feature makes it all the more easy to do.

This feature isn’t about screen space. Facebook’s desktop website has something identical to this. It basically allows viewers to continue watching a video while also being able to check out other things that look interesting. For users, this is a convenient way to keep watching videos and for YouTube, it’s a good way to make sure users don’t leave the site and continue watching more and more videos.