How to back up Steam games on Windows 10

Steam has its own back up feature which saves game progress automatically. It’s a great feature to have but if you’d rather back up Steam games locally, or to an external drive, you can. The process is fairly easy.

This method backs up game files that have your progress saved however, they are not the game itself. Any time you restore the back up taken via this method, you will have to install the game if it isn’t installed already.

Back up Steam games

Locate your Steam folder. Steam installs to the C drive or the Windows drive by default however, users can choose to save it elsewhere. To that end, locate where the Steam folder is on your system and go the following location.

Under the Common folder, you will find a folder for every single game that’s installed on your  system. Games that you’ve uninstalled will not have residual folders left over from them. Also, removing these files will may or may not free up loads of space however, once you’ve backed them up, you can uninstall the game they’re for and free up considerable space on your disk. 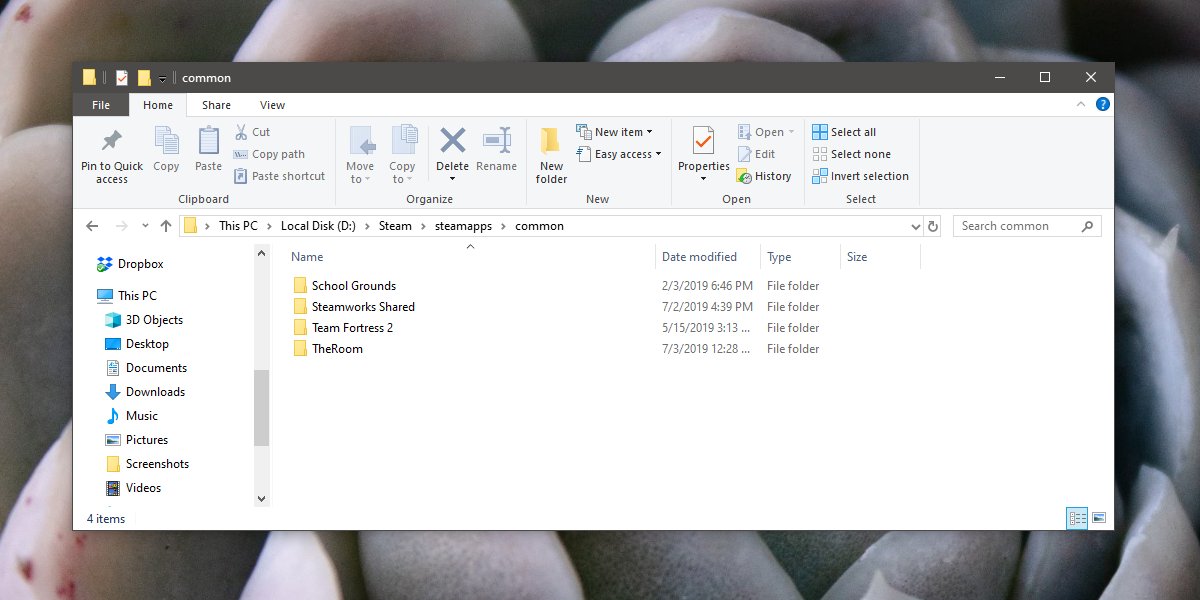 If you want to restore a game that you’ve backed up, simply move its folder back to the Common folder under Steam. If you’ve uninstalled the game that the back up is for, restoring it will require that you also download the game.

First, move the folder back to the Common folder. Then, go to Steam, and under Library select the game you want to restore. Install it again and during the download process, Steam will check for an existing files. This is when it will detect the game folder that you moved back to the Common folder. In some cases, the files in the folder will allow the game to download in a very short time. It differs from game to game so it’s not always going to work that way. 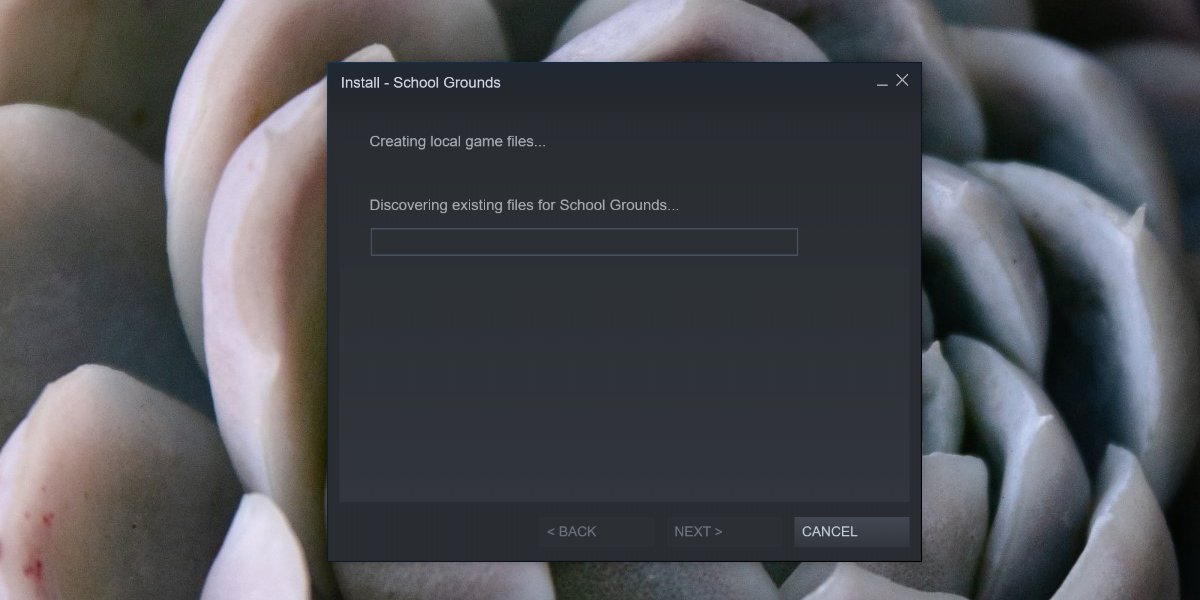 You can use this method to move a game from one PC to another. It’s much quicker to restore games from a local back up anyway. Keep in mind though that when a game is downloaded and installed via Steam, it asks where you want to install the game to. This happens each time you install a game so during the installation process, make sure the correct Steam folder is found. It should be the same one that contained the game files.

Tags back up Steam Windows