How to find apps using most RAM on Windows 10

Adding more RAM to a system is no way to keep it running smoothly. You should have a reasonable amount of RAM on your system that matches your needs. A gaming PC will need more RAM whereas one used for routine office tasks or academic work can run with a nominal amount of RAM. Having a lot of RAM doesn’t mean that there will always be some to spare. When apps know there is free RAM, they use it though all of it is rarely used. If your system is running much slower than it should and you suspect something is using too much RAM, there’s a fairly easy way to check this.

Before you check which apps are using the most RAM, it’s a good idea to take a look at what you’re using your system for. If you’ve recently installed a new app, check what its RAM requirements are. If it needs quite a bit of RAM, the increased usage is normal. On that same note, check all the apps that you normally use and look up how much RAM they normally need to use.

Open Task Manager and on the Processes tab, look for the Memory column. This column reports RAM usage. 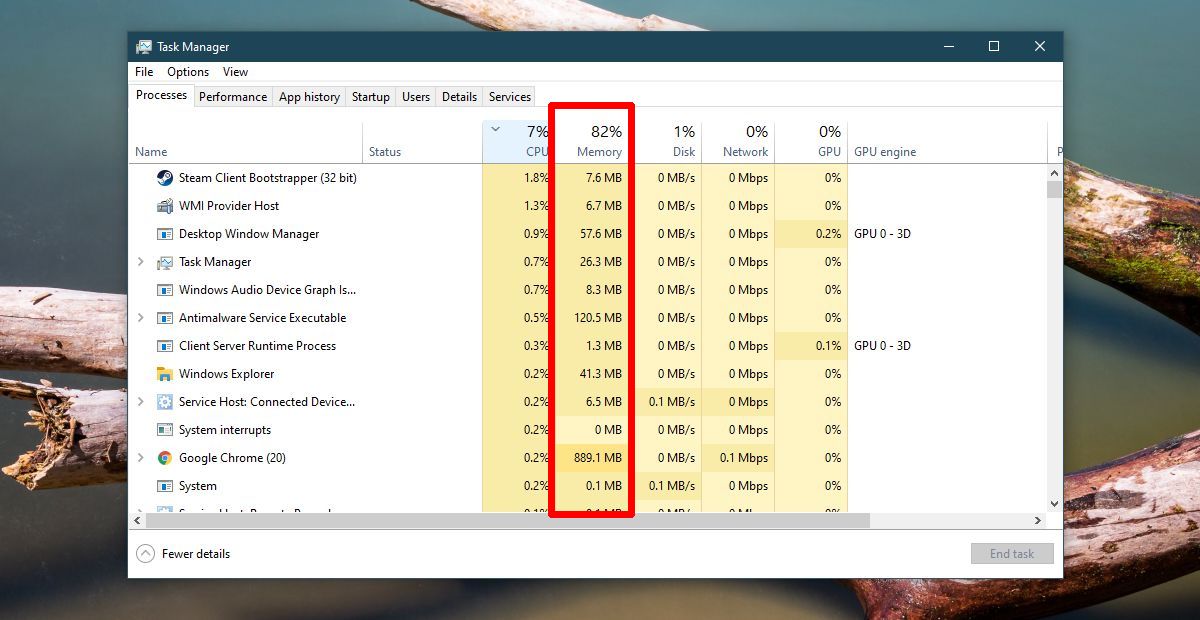 The numbers reported may not look like there’s a lot of RAM being consumed but that may be because the items on the Processes tab are not sorted by RAM usage. To sort them, click the title of the Memory column and the items will be sorted by memory usage. 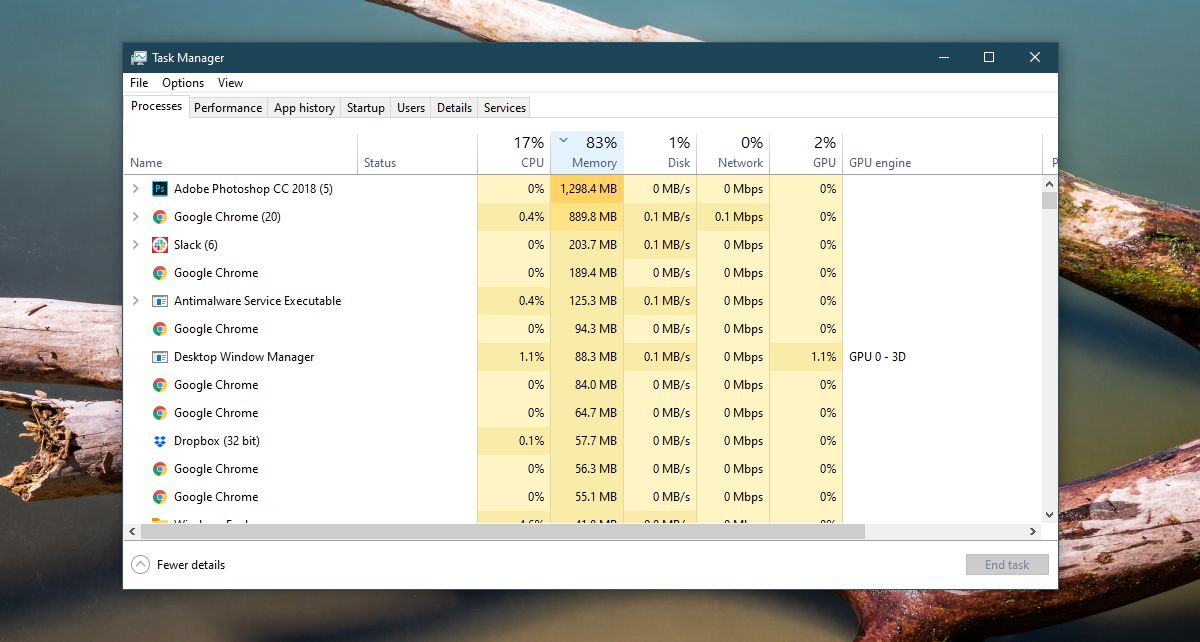 Now that you’ve identified which apps are using the most RAM, you might want to know what your options are.

The first thing you should do is make sure nothing unusual is running on your system and consuming too much RAM. An anti-virus app or Chrome are likely to use quite a bit of RAM but if there’s something you don’t recognize, look up what it is. If it shouldn’t be running, quit it and remove it from your system if it doesn’t effect your workflow. You can install a light-weight app to keep an eye on RAM usage and whenever it spikes, check the apps that are running.

The second thing you should do is check if the apps with high RAM usage are using an expected amount of RAM. Check the app’s requirements and see if the consumption matches. If it doesn’t, there might be something causing the app to use more RAM and you will have to investigate it.

If everything looks fine, but your system is too slow to use, you can limit the number of apps you’re running when you run a particularly resource heavy app. It’s hardly an ideal situation, especially if you multi-task, but it should help.

Last, if you want your system to run faster, consider replacing your HDD with an SSD. The impact it has on a system’s performance cannot be overstated. It’s about as good as adding more RAM (though definitely not the same thing).

Previous How to back up the Linux bootloader to USB for emergencies
Next How to use OpenXRay to play S.T.A.L.K.E.R. Call of Pripyat on Linux