PCs can have a single graphics card, or they can have a graphics card and a dedicated GPU. It all depends on what you buy. A PC with a dedicated GPU will cost more but it will be more capable than a PC without one. If you’re looking to run games, or other apps that are graphics-intense, you will need a GPU to run them smoothly. If an app needs to use the high performance graphics card, it will automatically do so, or Windows 10 will decide which graphics card it should use. If you need to force an app to use the GPU, you can, provided it’s a desktop app and your GPU’s control panel has the option to force the app to run with it.

Force UWP app to use GPU

Open the Settings app and go to the System group of settings. Select the Display tab and look for the ‘Graphics Settings’ option.

On the Graphics Settings screen, open the dropdown under ‘Choose an app to set preference’. Select ‘Universal app’ under type, and then open the next dropdown. You will see a list of all UWP apps installed on your system. Select the app that you want to run with the GPU, and then click Add. 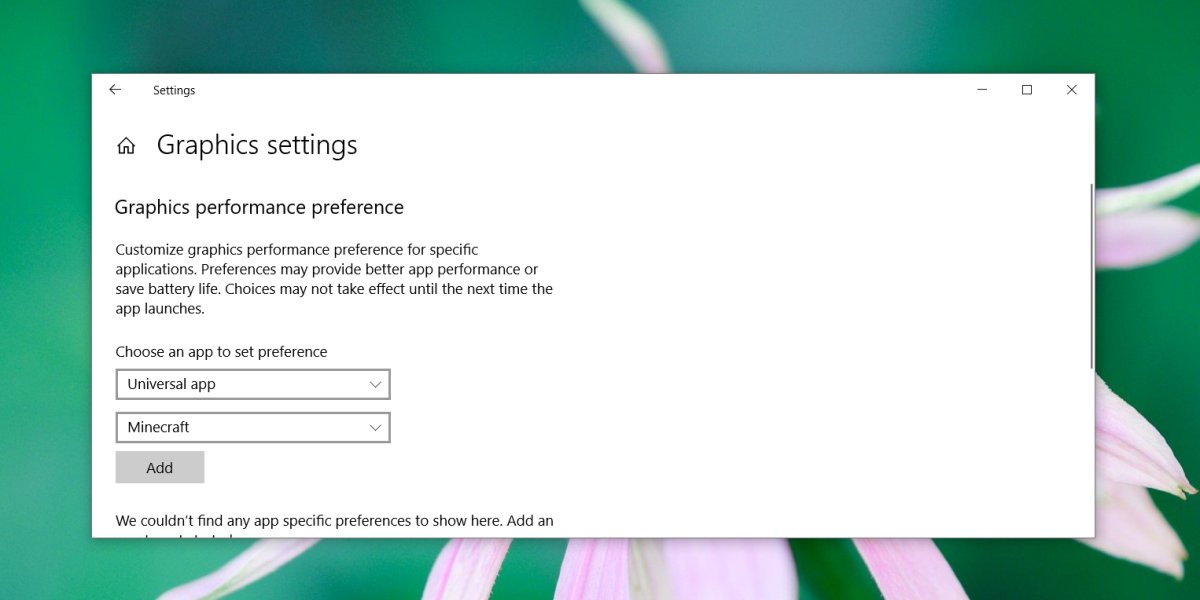 Once the app has been added, select it and click ‘Options’. A pop-up will open where you can select which graphics card is going to be used to run the app. Select the ‘High performance’ option which will force the app to use the GPU. Click Save and then open the app. 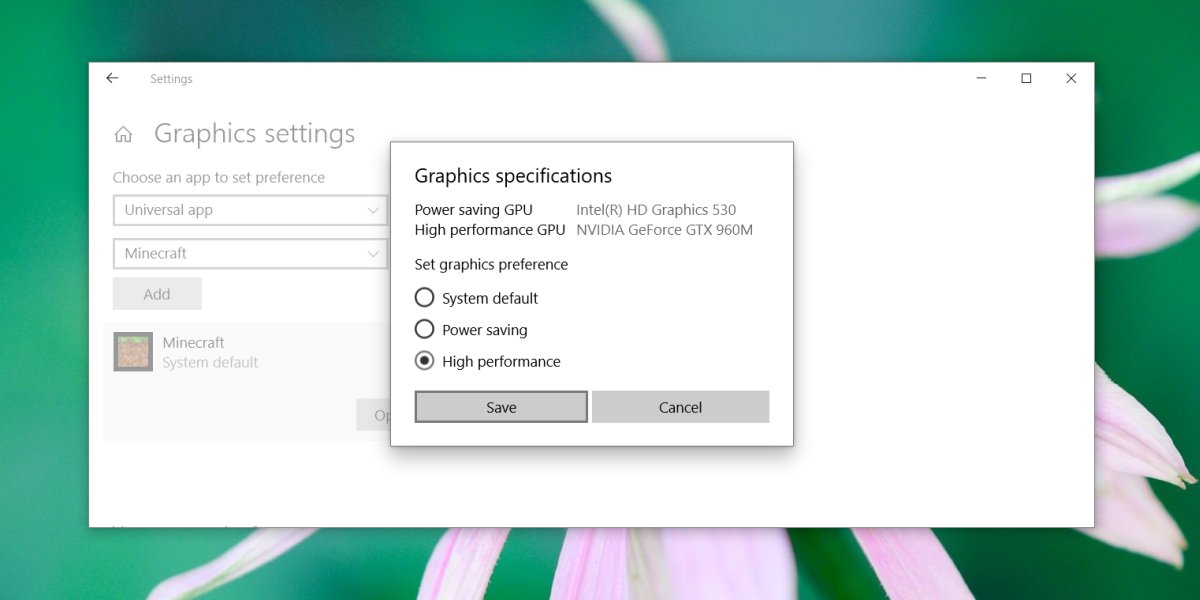 You can check from Task Manager which graphics card is being used by the app. Open the Task Manager and look for the app on the Processes tab. Select it, and then look in the GPU Engine column. 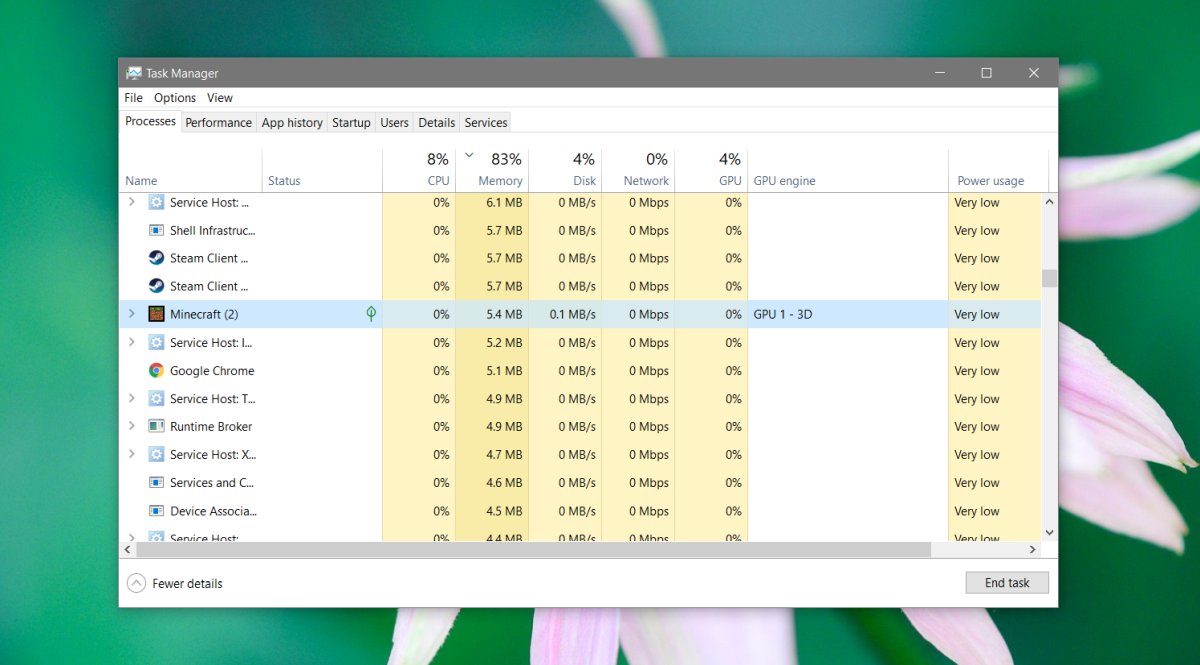 Since this setting is imposed by Windows 10, it seems that it takes a little time for the hand-off to be made. During tests, when I first ran Minecraft, Task Manager showed that it was using GPU 0 which is the on-board graphics card however, by the time the game’s home screen had loaded, it was using GPU 1.