Keyboards have a dedicated key to mute sound from speakers. Keyboards that do not come with special keys still have the function(fn) row of keys which double as controls for managing media. One of those keys will be able to mute the speakers. A similar key does not exist for muting the mic. This is generally because the mic isn’t always on. It only turns on when an app accesses it and in that case, users are expected to use the mute button within the app which works but it’s not quick. You likely have to click the button with the mouse and that’s not as fast as a keyboard shortcut. Here’s how you can mute/unmute the mic with a keyboard shortcut on Windows 10.

Need to mute/unmute the mic with a keyboard shortcut on macOS? We’ve got the perfect solution.

Mute/unmute the mic with a keyboard shortcut

To mute/unmute the mic with a keyboard shortcut, we’re going to use a free app called MicMute. Download and install it. The app runs in the system tray and adds a mic icon to it. You can access the app’s settings and configure the keyboard shortcut from this icon, and it will also show you the current state of the mic. Black means the mic is Off, and red means it is On.

The app has some useful features e.g., it can mute the mic immediately when it starts, it can list the detected audio input devices, and it has a ‘Push to talk’ mode where the mic only works if a button is held down. 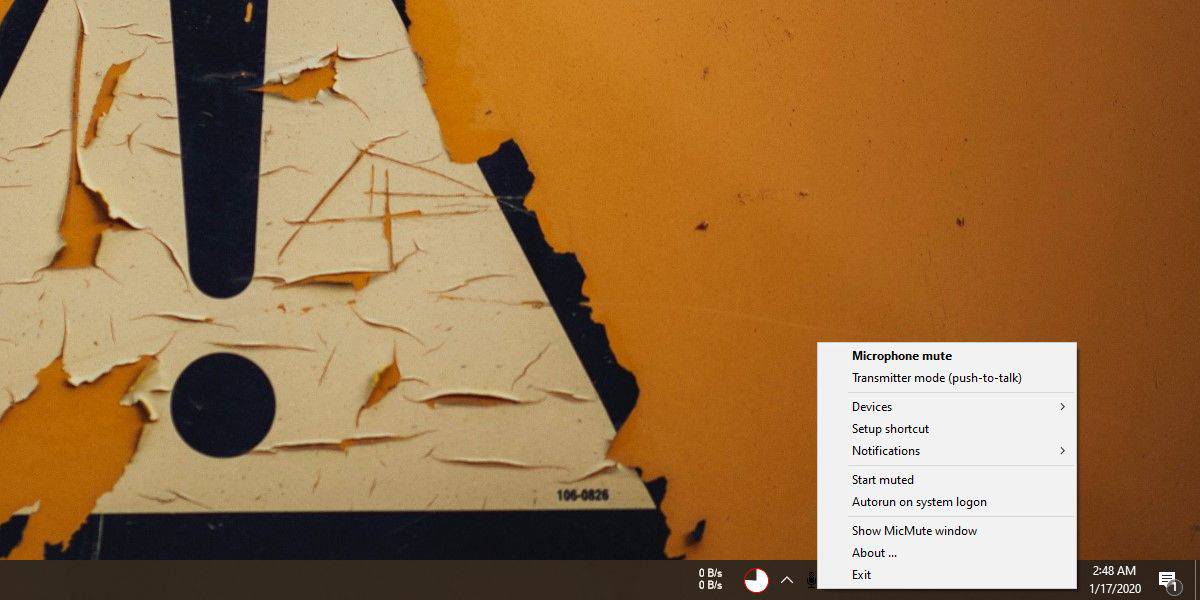 To configure the shortcut to mute/unmute the mic, right-click the app’s icon in the system tray and select ‘Setup shortcut’. A small window will open. Click inside it and tap the key or keys you want to use to mute/unmute the mic. The app can detect ordinary keys on a keyboard, and it can also work with special keys on the keyboard. I was able to bind the speaker mute/unmute button on my keyboard to this app and when I tap it, it now mutes and unmutes the speakers and the mic at the same time.

Each time the mic is muted or unmuted, you get a desktop alert. If you don’t want to get the alerts, you can disable them from the app’s settings. If you like the app, you should probably set it to run at startup. 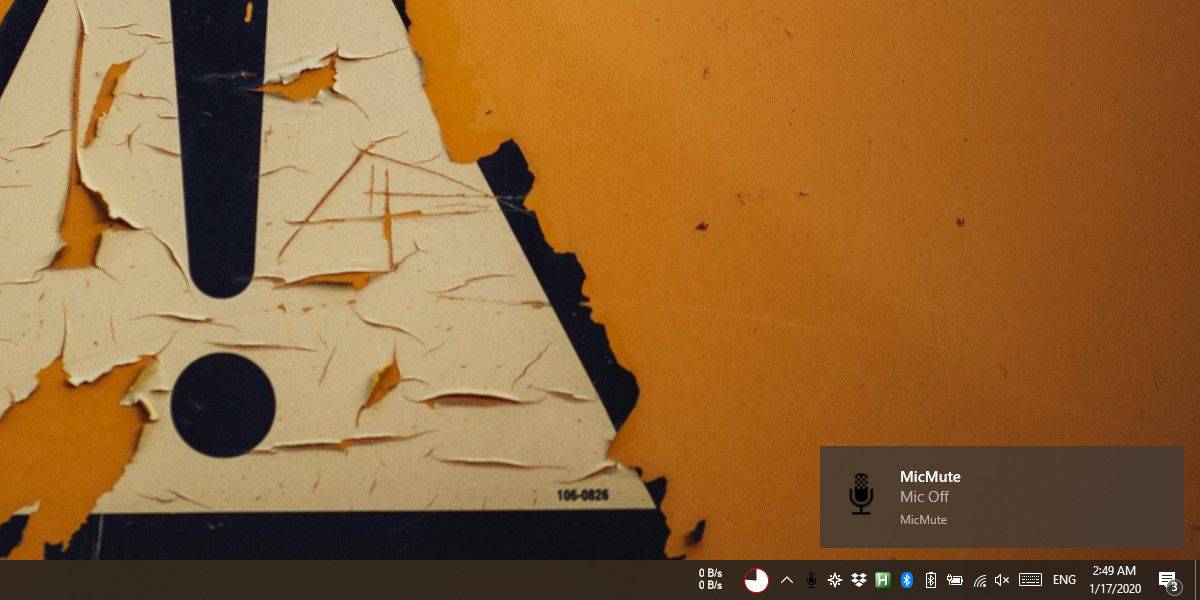 Windows 10 shows a mic icon in the system tray when an app is accessing the mic and the icon could have been more functional. If you click it, it doesn’t mute the mic. Instead, it opens the Settings app to the mic settings which, while useful, could have been best left as a context menu function.