How To Verify A Whatsapp Security Code For A Contact

Whatsapp has end-to-end encryption. Chats between users are encrypted using an encryption key that’s kept hidden. You cannot see what key is assigned to you however, users too need a way to check if their chat is encrypted . To do that, users get a security code which isn’t the same as the encryption key but is is used to make sure the chat is indeed encrypted. Here’s how you can verify a Whatsapp security code.

In order to verify a whatsapp security code, you need either a photo of the security code that has been assigned to your friend has or you’ll need your friend to be physically present with their phone.

If you’re going with a photo of the code, you friend is going to need to send it to you. To send the code, open the chat thread and tap your friend’s name at the top. On the details page, tap Encryption. This will show you a QR code and a numeric code. Tap the share button, and send it to your friend.

Whatsapp won’t let you scan the code from your camera roll so the code will have to be compared manually by looking at their code and the code they sent you. 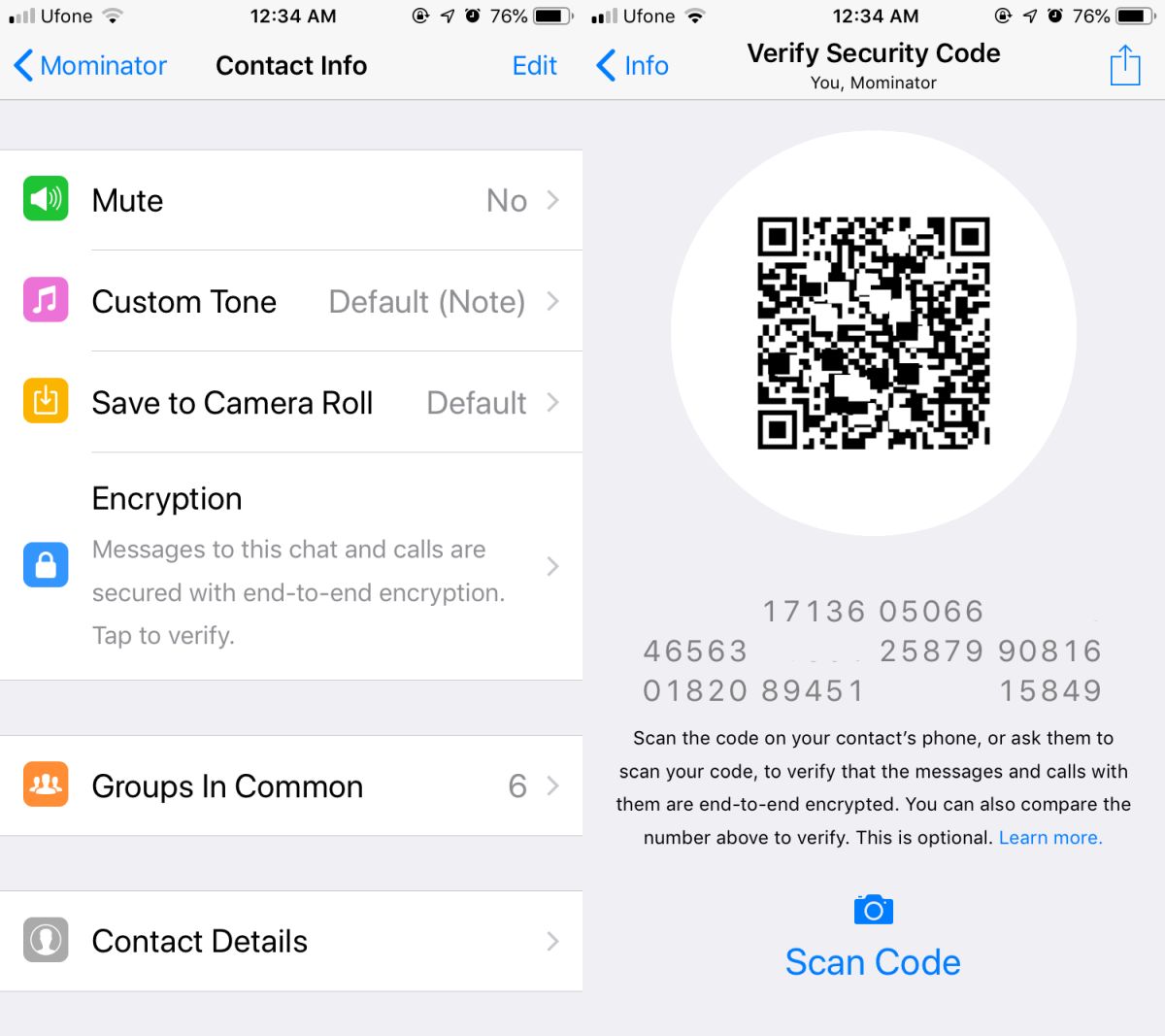 If you’re both physically in the same area, tap the Scan Code button at the bottom and then point it at the code on your friend’s screen. If the green tick appears, you both have an encrypted conversation. 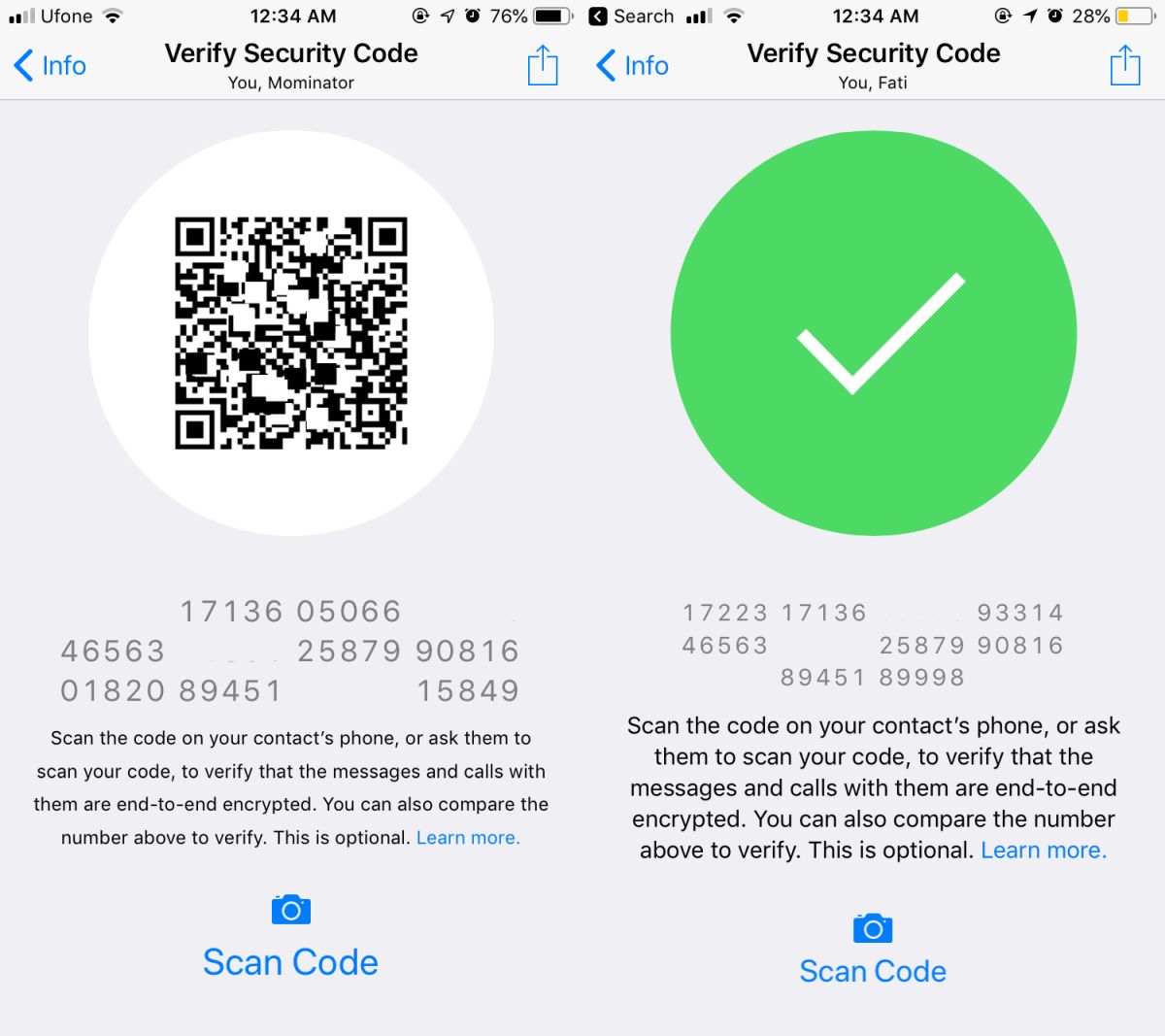 We should mention that security codes do change. They don’t change without cause. Your security code changes when you uninstall and reinstall Whatsapp on your phone. The only other scenario is when you change your phone or phone number.

If the security code for a contact changes, you get an alert within the chat thread. In this case, the old security code will no longer work. If it’s saved to your camera roll, you should not use it to verify the encrypted chat. Always get a new security code after it’s been changed.

If the code doesn’t check out then it means that it’s changed or that you have the wrong one for that particular contact. That’s about it.

The code, if it leaks, cannot be used to find your encryption key. You shouldn’t advertise the security code but if it does fall in the wrong hands, you shouldn’t worry too much. No one is getting into your chat messages so you should be good.