Twitter was a place where live updates came in, constantly. Whatever appeared on your timeline reflected when something was said. This is what initially set Twitter apart from other social networks but as the number of Twitter users grew, so did the noise in the average user’s feed, and Twitter switched over to a different time line which placed emphasis on important or popular tweets. Only recently has it brought back the ability to switch to a chronological Twitter feed.

Visit Twitter in your browser. You must have moved to the new Twitter web design in order to switch to the chronological Twitter feed. The new web design is being offered to users to try out. If you don’t see an option to try the new Twitter out, you’ll have to wait until it appears or until the design is rolled out to everyone.

On your home feed, you will see this sparkle button. 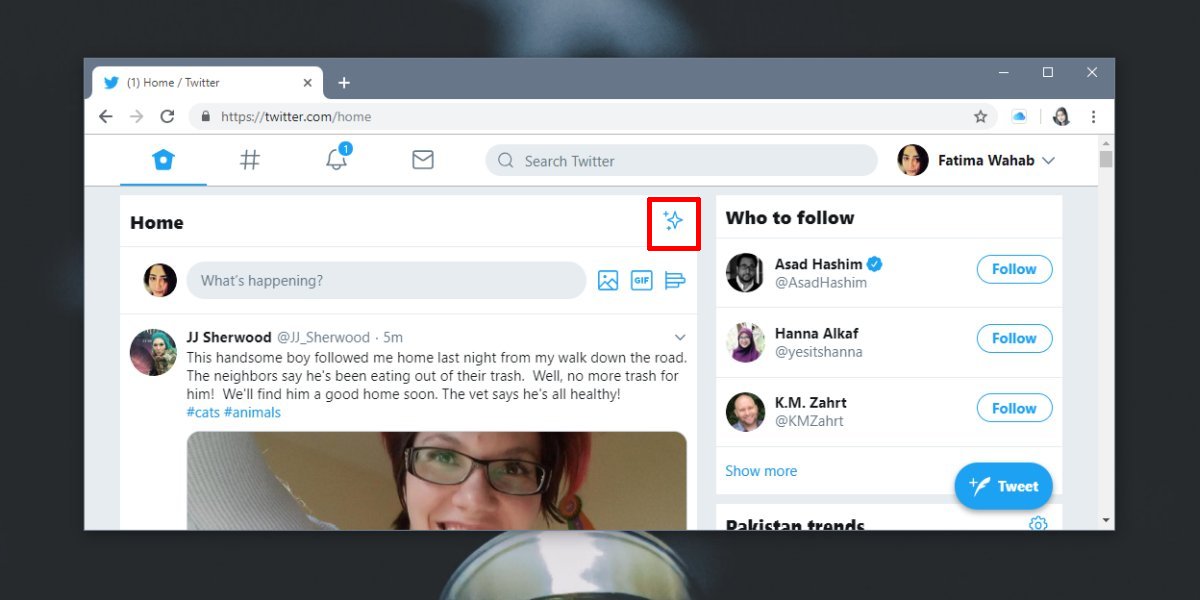 Click it and from the menu, select the ‘See latest Tweets instead’ option and you will be switched over to a chronological Twitter feed. 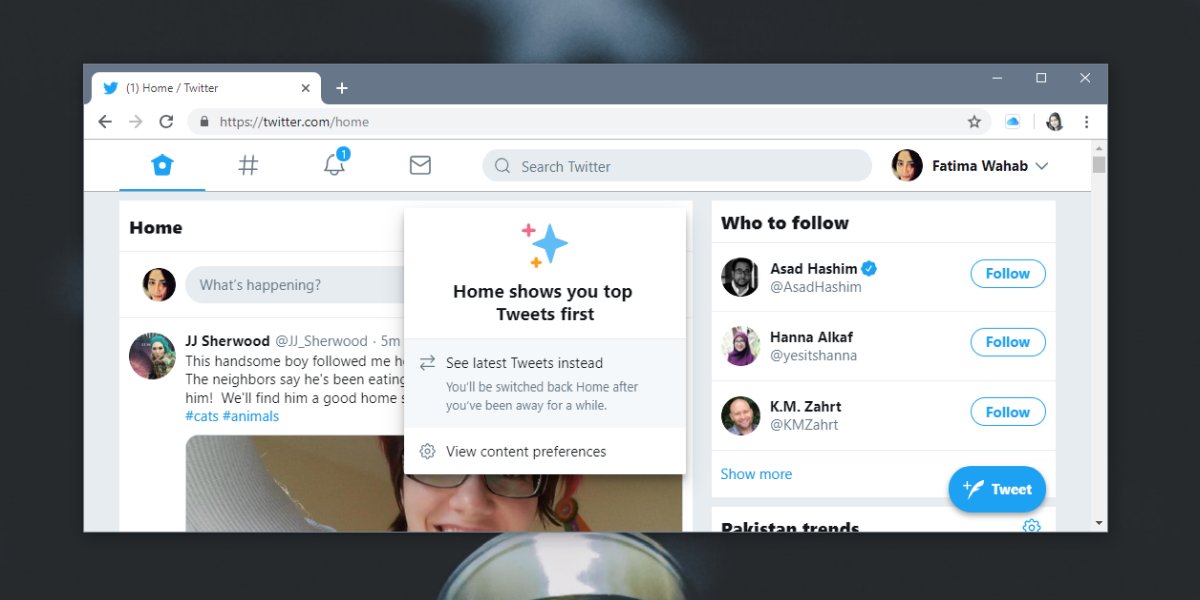 You can get a chronological Twitter feed on the Twitter apps for iOS and Android as well. The process is nearly similar but doesn’t require that you have any new feature or design enabled. The apps got this feature a while ago and it’s available for everyone.

Open the Twitter app and look at the very top of the home tab. You will see the same sparkle icon that you get on Twitter for web. Tap it, and from the menu that opens, select See latest Tweets instead. Your feed will refresh and show you items in chronological order. 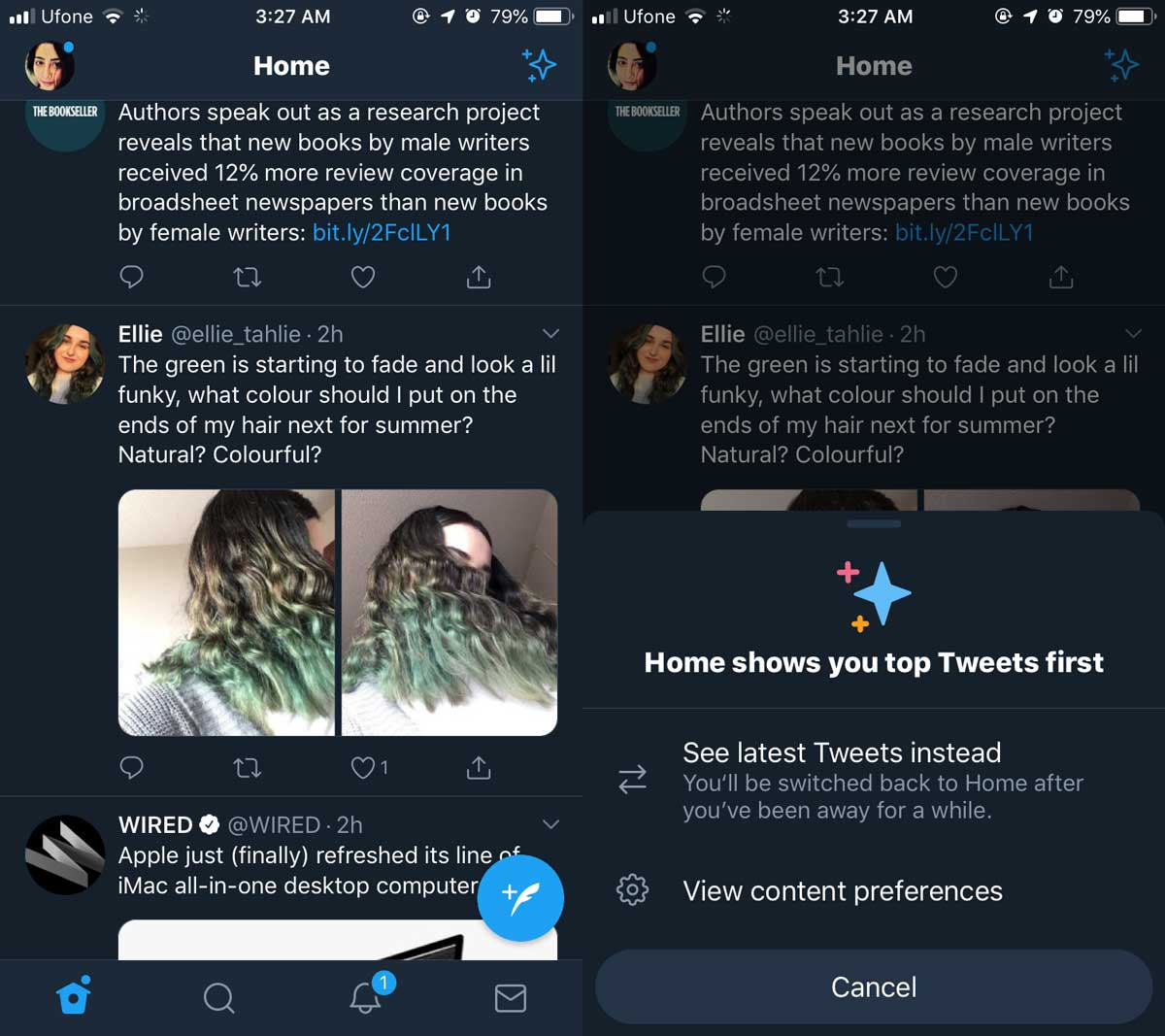 This option will persist between different sessions which means once you set your feed to show you tweets in chronological order, it will stick to it unless you decide to change it.

The Top Tweets view isn’t bad. In fact, if you’re on Twitter during off hours i.e., when most people are asleep and it’s highly unlikely that your feed will refresh often, the top tweets make sure you have something new to read, regularly, all through the night. The chronological order does no such thing.

Top tweets are also a good way to know what news items are trending even if they are unable to trend worldwide or countrywide with a hash tag of their own.

The new Twitter for web layout also brings bookmarks to the web version and it really is about time.