How To Zoom And Rotate Netflix In Chrome

There are tons of browser extensions that allow you to unlock the hidden Netflix categories, get IMDb ratings, and even load external subtitles if you need to. Not many focus on making the viewing aspect of it better. It may be because, as far as Netflix is concerned, there isn’t much room for variability but if you ever wanted to zoom or rotate Netflix, you can in Chrome with an extension called Netflix Flip.

Install Netflix Flip from the Chrome Web Store, and visit Netflix in your browser. The extension adds a red button that kind of looks like the refresh button in Chrome next to the URL bar. Once you’re on Netflix, and you’ve selected a title to play, click this button.

A menu will open with three buttons; Zoom Out, Zoom In, and Rotate. They’re self-explanatory. 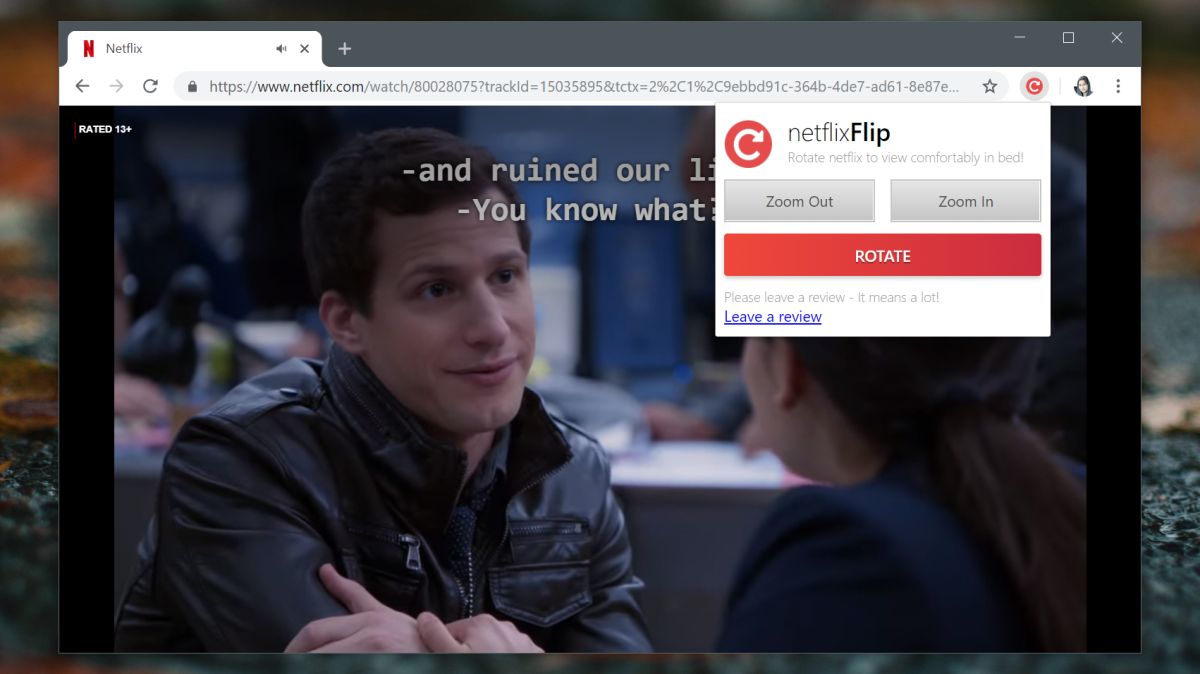 There’s no reset button so if you’ve zoomed in too much, or zoomed out too far, you’re either going to have to refresh the page, or guess the size to set it back to normal. With the rotate feature you can tell far more easily when you’re back to the original position. 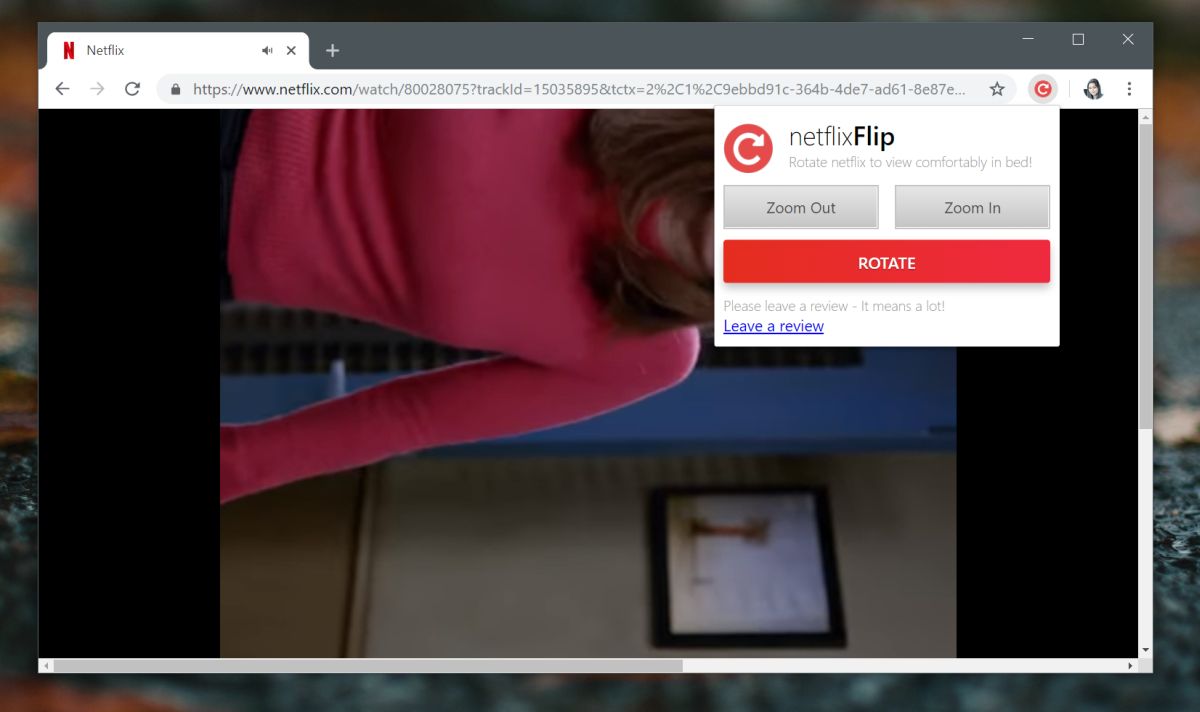 It’s possible that you’re thinking, why in the world would you ever need to rotate your screen when watching Netflix. You might need it to meet certain monitor orientation needs. The zoom in/out feature is useful if Netflix leaves empty space when you watch in full screen mode or you just want to take a look at something on your screen more closely.

There’s no defined usage scenario for this other than to give you these tools for Netflix. These tools aren’t alien for media players but Netflix has a notoriously simple media player which is why developers often create helpful little tools to make up for its shortcomings. This extension is just another one of them.

Netflix has added a native option that lets users skip the intro to a series though it doesn’t always work, particularly if you’re watching an anime series. Users originally skipped the intro to a show via an extension however Netflix was quick to catch on and it added an option that allows users to skip both the intro, and the recap of a show.

With respect to the media player that Netflix has, there are features that are missing. For example, users can only jump back by ten seconds and that too only on the Windows 10 app. The media player on the web version has even fewer features which is why extensions like this are developed.